Bigstock
In the early years of legal cannabis cultivation, dispensaries explored ways to vastly increase the concentration of THC and CBD in their strains. After years of development though, the focus has shifted to increase the variety of consumption methods and fine-tuning cannabinoid profiles.

One of the relatively new products to change the way people search for strains is sauce, a concentrate that contains a higher concentration of terpenes than other products.

The concentrate scene began with products like wax and shatter before getting into live resin products, said Will Elliott, chief operating officer at Earth's Healing dispensary.

"That's when it got really fun and we saw the terp profiles and flavor profiles really get unique," Elliott said.

Sauce products contain no more than 30 percent terpenes in the final product. Otherwise, the product may provide a much harsher hit due to the roughness of the terpenes.

"We all care about the taste, and you get the taste from the terps," Elliott said.

Long-time patients and concentrate enthusiasts may be familiar with sauce in its unpackaged form, but dispensaries have added sauce cartridges to the menu over the past year or so.

Terpenes have been gaining traction in the industry in the last few years as patients and cultivators have begun exploring the beneficial properties of chemicals in cannabis beside cannabinoids.

Once the industry began heavily researching different concentrates, they found that cannabinoids account for only part of the effect cannabis has on patients.

"THC and CBD percentages are great, but there's more to it than that," Elliott said.

First, there are many cannabinoids still being discovered, Elliott said. Second, they found the different types of terpenes determined the effects on patients.

Typically, sauce provides patients with a better smell and taste to their product. They can also affect the intensity or duration of the high due to the mood-altering effects they have on people. Some terpenes may also make it easier for the body to absorb THC or CBD.

"This is one of those things where there isn't really enough testing," Elliott said. "But the terpenes can help increase the effects of what you're feeling, but that's where the THC and CBD percentages come into play."

Elliott attributes the changes in the way patients may feel to the "entourage effect"—the term for the culmination of the way all the different compounds in cannabis affect people.

Terpenes exist in several different types of plants and are used in the production of some medicine despite a lack of research into their effects. Limonene, found both in cannabis and the peels of citrus fruits, is thought to help treat cancer, obesity and bronchitis, for example.

While there's no official count, researchers have found more than 100 different types of terpenes in cannabis plants.

It's the focus on these enigmatic chemicals that makes sauce a unique product.

Sauce is produced like other extracts, using solvents such as butane, ethanol or propane to separate cannabinoids, terpenes and plant matter.

The process can take anywhere from two to eight weeks. While some dispensaries may use longer extraction methods, several are able to complete the process in just a few weeks.

Patients who have yet to discover the tastiness of terps can find sauce ready for dabbing or in a vape cartridge at most major dispensaries in Tucson. 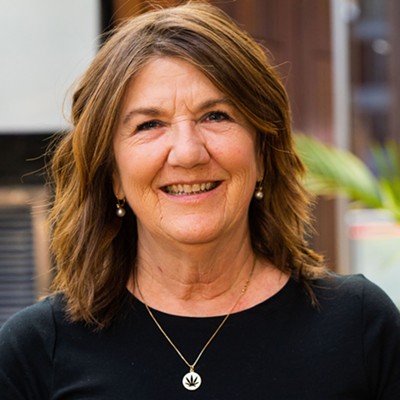