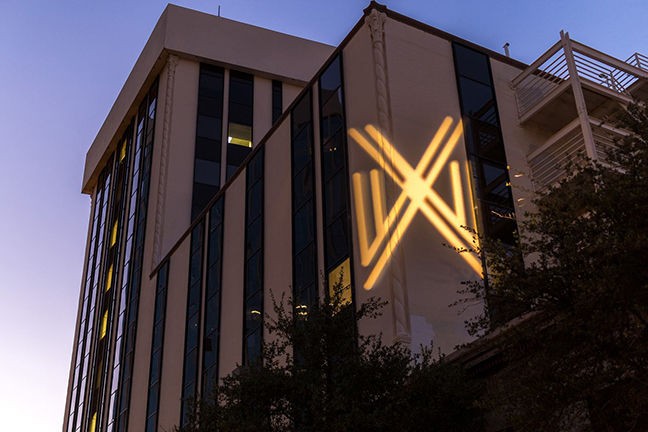 Courtesy
More than an entrepreneurial showcase, TENWEST Festival will show you the ins and outs of Tucson’s growing arts, culture and technology scenes.

Just like Tucson itself, the upcoming TENWEST Festival is both expanding and thriving. This year boasts more events, speakers and subjects than ever before. To help organize the numerous and diverse events, this year's schedule is organized into vertical tracks with themed events ranging from dance parties to TED talks to film screenings to leadership seminars.

"I'm kind of excited for everything," said Liz Pocock, CEO of Startup Tucson and Director of TENWEST. "There's too much going on to choose just one thing."

But what is TENWEST, anyhow? The TENWEST Festival, now in its fourth year, was originally inspired by Austin's South by Southwest, albeit with a more business-oriented outlook.

"You see all these startups thriving throughout the country in cities that have the ability to attract and retain talent," Pocock said. "And we're showcasing why Tucson is a good city to stay in and to invest in. This festival is a framework that helps people come together and be inspired by each other."

Startup Tucson saw the growth happening in the city, and viewed the festival as natural necessity.

"We're not currently known as a city where there's a big startup community," Pocock said. "We have all these great announcements from large corporations like Caterpillar and Raytheon, but we want to show that smaller startup spaces are picking up as well."

Pocock said one of the most difficult aspects in showing outside businesses that Tucson is worth investing in is Tucson's reputation itself. With nearly a full percent higher unemployment as compared to the rest of the nation, outside observers may see Tucson as still struggling with the Great Recession.

Pocock said they're seeing "a mix in Tucson's economy," in that the region has slightly recovered. Employment numbers are up, but not as much as Phoenix. Downtown Tucson, however, is surging.

Those not living in Tucson might see negative comments about the city, despite the fact there's so much business success here, Pocock added. And that's one of the main goals for TENWEST, to promote all the good news of the city. Tucson being a tech hub, and being home to an expansive university and thriving downtown are all key aspects.

"It's really to get people asking, 'Oh wow, what else cool is happening in Tucson?'" Pocock said.

Business and innovation were central pillars for previous years' festivals, but now with "affiliate events" where TENWEST partners with existing cultural happenings in Tucson, doors are opening for everyone to enjoy.

This year, TENWEST's schedule includes Film Fest Tucson, with over 30 screenings of narrative and documentary films, as well as filmmakers' workshops. The festival also partnered with the YWCA for a leadership conference, and for more lighthearted affair, puppy yoga is included this year.

A festival partner at the crossroads of culture and technology is the "Latinx in Tech" seminar, a platform to inspire Latin entrepreneurs in technology.

"Latinx in Tech is huge to have," Pocock said. "We're very excited about it."

Latinx in Tech hosts seminars throughout the nation, and chose TENWEST as a location for their event both for the technology in Tucson and for the economic possibilities of the Sun Corridor.

Music will also play a role for the festival; TENWEST coincides with Dusk Music Festival, and some signature events also feature musical guests. TENWEST Fuse brings together dancing, sets from the Comedy Alliance of Tucson, and performances by local musicians Adam Townsend, Seanloui, and Juju Fontaine.

But the scientifically-minded should fear not, TENWEST has also partnered with the University of Arizona to have presentations from scientists and researchers. A STEM Connect day at the Convention Center allows for discussion about STEM (Science, Technology, Engineering and Math) learning and careers in Southern Arizona.

Additional forward-thinking speakers can be found at one of the last events of the festival: TEDxTucson. This partnership between TENWEST and TEDx centers on "Food for Thought," a series of five speakers who will discuss food in the Sonoran desert, past, present and future.

"It's a continually growing festival, it expands each year," Pocock said. "Innovation happens wherever you can have a platform to come together"

TENWEST 2018 starts Friday, Oct. 12 and runs through Sunday, Oct. 21 at various locations across the Tucson region. For a full schedule of events, visit tenwest.com.