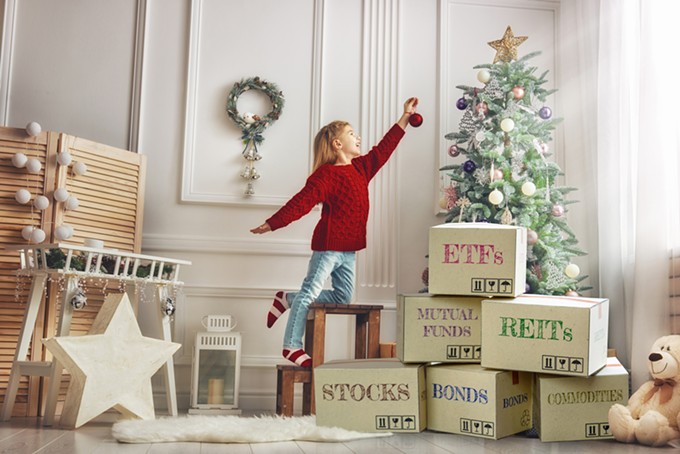 Tis the season for giving back, for exercising that “attitude of gratitude” and leaving a legacy with a charitable donation, fa-la-yada-yada.

But let’s face it: Our giving in to
warm fuzzy feelings is not why nearly a third of all philanthropic gifts happen in December.

“The emotional benefits of giving certainly play a part in the generosity associated with the holiday season,” said John Hilderbrandt, a Chandler-based wealth adviser with First Interstate Bank.

“But I think if you added up the dollars given for various reasons, it’s probably much more geared toward the tax planning.”

For that, it helps to have some expert guidance.

“Most people donate cash at this time of year, but it’s not necessarily the most tax-advantaged way to go when you have other assets that will be taxed if you sell them,” Hilderbrandt added. “If you have securities, whether they be public or private, real estate or alternative assets, there are ways that you can donate those and get the full tax benefits of your charitable giving.”

Hilderbrandt said his first tip is to donate appreciated noncash assets that are held more than a year. “The reason for that is, you can claim the full fair market value as the itemized deduction. And then the other benefit of that is that the wash sale rules don’t apply,” he added, referring to the IRS rule that prohibits taxpayers from claiming a loss on the sale of a security if that person repurchases the same stock within 30 days. But this rule doesn’t apply when appreciated stock is donated to a charity. “So you can buy those same shares after you donate immediately, and you’d have a higher cost basis.”

Hilderbrandt offers an example. “Let’s say you have $50,000 worth of Apple stock that you’re looking to sell, and you’re in the 15% tax rate for long-term capital gains. If you sold that stock, you’d have to pay 15% of that value as long-term capital gains. But if you donate the shares to a charity, you get to deduct the whole amount on your taxes, and the charity doesn’t have a tax consequence when it sells the shares.” Most large charitable organizations are set up to accept stock donations and then sell them.

“There’s more involved in donating private interests and investment interests, but for the wealthy, they certainly have that as an option,” Hilderbrandt said. “Like donating stock, you don’t have to pay any long-term capital gains on donating those assets either.”

“Many companies issue ESOP shares,” Hilderbrandt said. “If you gift those shares, the benefit there might be that your company could match charitable contribution. So your charitable donation is effectively doubled.”

“Many of the brokerage firms and mutual fund companies have what are known as donor advised funds, where you can set one up and make contributions to it throughout the year without specifying what you’re going to donate that money for,” said Hilderbrandt. “So you can avoid this year-end rush to immediately decide who you’re going to give the money to when you use a donor advised fund.”

The Tax Cuts and Jobs Act included some changes related to charitable giving. Principally, the standard deduction has been raised to $12,000 for individuals and $24,000 for couples. “That’s a big increase over what it was in the past,” Hlderbrandt said. “And what that does is when you make a donation, unless it’s pretty sizeable, you may not actually qualify for itemized deductions. So one of the strategies would be to bunch multiple years of contributions into one.”

This works best if you’re coming off a high earning year or planning on retiring. “Let’s say you normally make a $10,000 contribution to your favorite charities each year and you only have, say, $13,000 in other deductions,” said Hilderbrandt. “That doesn’t get you into the itemized deduction range, meaning it’s really not having a big impact on your taxes. In that case, doubling or tripling the amount that you would normally contribute in one year gives you the ability to itemize deductions, and then either do zero or a much lesser amount in the next year or two.”

6. Use the charitable donation to offset the tax costs of converting a traditional IRA to a Roth IRA

Since the introduction of the Roth IRA in 1997, many investors have opted to convert their traditional IRAs or 401k’s to Roth plans, which allow them to build tax-free retirement income, have easier early access to the money and offer better terms for their heirs. The catch is that because a Roth uses after-tax contributions rather than before-tax dollars, as a traditional IRA works, the investor has to pay income tax on the appreciation in that traditional IRA upon conversion.

7. Make a qualified charitable distribution from an IRA

If you stick with a traditional IRA past age 72, the IRS binds savers to start withdrawing required minimum distributions, or RMDs, or face a 50 percent penalty excise tax on the amount they don’t withdraw. This can place those with other sources of income into a fairly high tax bracket.

Hilderbrandt advises clients in that enviable situation to make charitable donations from their IRA. “You can give up to $100,000 per individual charity from your IRA per year, and that distribution is not even reported as taxable income.”

8. Donate cash from the sale of depreciated assets

“Each year, investment managers will do what is known as tax loss harvesting,” said Hilderbrandt. “You have both losses and gains in your portfolio, and typically if you sell something at a gain and you’re going to have a tax consequence, you look for losses within that portfolio you can sell to offset that gain. In this case, you could actually donate the proceeds of a depreciated asset sale and claim the charitable deduction. While you may be disappointed in the performance, you’re able to actually provide benefit to others by using those proceeds, and still have the ability to claim that loss against future gain.”

“When we rebalance a portfolio, we’re typically buying or selling to make sure that one asset class is not out of whack in terms of the recommended asset allocation model,” Hilderbrandt said. “So you can utilize a what’s known as a part-sale, part-gift strategy. You claim the charitable deduction for donating appreciated assets in the amount that offsets capital gains tax on the sale of other appreciated assets. This is usually only done in years where there were a lot of gains in a portfolio.”

10. Set up a charitable remainder trust

“In a charitable remainder trust, you donate an asset to a charity that they’re going to get at a future date, but you get the tax deduction today,” explained Hilderbrandt. “So you get income from those assets for a set period of time, and then that fund is donated at the end of the trust. Universities, in particular, love to be named in these charitable major trusts.

“Typically, we only do these for very wealthy individuals,” Hilderbrandt added. “But we do get those clients.”