Yet another Coppola throws down as a director with Palo Alto, the uneven but ultimately OK (and very good looking) debut from Gia Coppola.

For those of you keeping score, Gia is the granddaughter of Francis Ford Coppola, the niece of Sofia and Roman Coppola, cousin of Nicolas Cage and Jason Schwartzman, grandniece of Talia Shire (ADRIAN!!!) and very distant relative of the Gigantopithecus prehistoric ape, as we all are (Take that, creationists!).

Thematically, Palo Alto actually has a lot in common with auntie Sofia's films The Virgin Suicides and The Bling Ring. Both of those movies showed disaffected youths behaving badly or acting severely bored, accompanied by a hip, trendy soundtrack. Grandpa Francis addressed disaffected youths multiple times employing a more grandiose style with The Outsiders, Rumble Fish, and the complicated pre-adolescent struggles of Robin Williams in Jack, but let's not talk about that one right now.

Emma Roberts, daughter of Eric Roberts and niece of Julia, is quickly becoming my favorite Roberts, narrowly edging out Pernell Roberts (Pernell isn't related to any of them, but he shares the last name and kicked major ass in Bonanza and Trapper John, M.D.).

Emma plays April, the high school "class virgin" and aspiring soccer player on creepy Mr. B's team (Mr. B is played by the omnipresent James Franco, author of the short stories that this film is based upon). April is getting a little favoritism from Mr. B, and also babysits his kid so he can go out on dates. As her teammates observe, Mr. B may be interested in April for more than her kicking and babysitting abilities.

When it comes to her age group, April kind of likes Teddy, and Teddy kind of likes her, but they are wishy-washy about it. Both end up making out with others at an early party scene because they don't posses the ability to express their feelings to each other. The inability of some teens to just speak up and protect themselves or get what they want is a pervading theme in Palo Alto.

Teddy is played by Jack Kilmer, son of Val Kilmer and Joanne Whalley (He's a Willow baby!). Val has a small role in the film as April's strange stepdad, while Joanne seems to be the only member of the Kilmer-Coppola bloodline not invited to the party.

Roberts and Kilmer have some great scenes together, scenes that are often clearly improvised. They do a great job of conveying that "I think we are into each other, but we are young and clumsy, and I have no idea how to express myself to you" vibe.

As the resident bad boy, Nat Wolff is impressive as Teddy's best friend Fred, a loose cannon who relies on shock value to keep people interested in him. His antics eventually earn him a glass bottle to the head. Zoe Levin is an appropriately depressing presence as Emily, a girl whose sad need for appreciation results in her blowing nearly every dick that comes into her presence. I know that's crass, but that is absolutely the character she is playing.

The film isn't plot heavy. It feels very episodic and meandering at times. The approach suits the subject matter for sure, but it does get a little tedious in spots. I probably could've done without the scene where Teddy gives April a Starburst on the way to class. Not too sure that particular moment forwarded the story all that much.

Gia definitely called in a few favors with her famous relatives for the movie. Grandpa Francis' voice can be heard issuing a community service sentence to Teddy after a drunk driving accident, and great auntie Talia has a short moment as a guidance counselor. As for the overall adult vibe in this movie, grown ups are basically portrayed as selfish, uninvolved idiots, with Franco's Mr. B leading the parade.

Overall, Palo Alto might not be a great movie, but it has a sense of style that shows Gia Coppola has promise. It also stands as a nice showcase for Emma Roberts, who should have a long and productive career ahead of her. She and Kilmer create memorable, realistic characters that resonate. 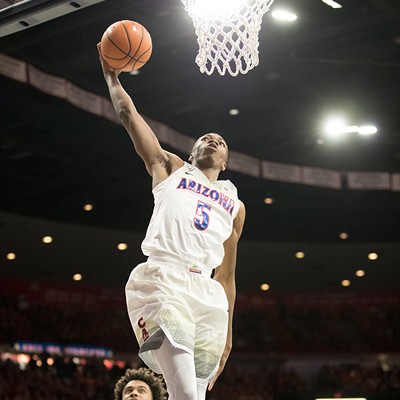