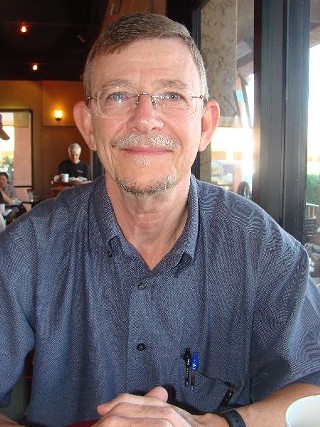 Kevin Maxey is a physician who has seen the LGBT community through many changes over the years since he helped start the Southern Arizona Gender Alliance in 1998, and started volunteering with Wingspan around the same time. In January, he saw the documentary Gen Silent, and was so moved by its story—about LGBT elderly and the need for LGBT-friendly care—that he wanted to bring the film to Tucson. The screening, followed by a discussion, will take place at 2 p.m., next Sunday, Oct. 21, at the Tucson Jewish Community Center, 3800 E. River Road. Admission is free. For more information, go to www.wingspan.org or stumaddux.com/GEN_SILENT.html.

When did you begin volunteering for Wingspan?

I continue to volunteer as a member of the board of directors, and I've been volunteering at Wingspan since 1998 in a lot of different capacities. I am one of the co-founders of SAGA (Southern Arizona Gender Alliance) ... and joined the Wingspan board in 2009. ... I got involved in development during a time when Wingspan was downsizing. It was a very challenging time, and part of what got shrunk was development staff.

How did Gen Silent come on your radar?

In January, I saw the movie online. ... It opened my eyes and made me think, especially about elderly people. But the concerns raised are not just about old people, but people who need care. It could be any of us. Those of us independent today could have an accident and end up needing care. The movie, though, primarily focuses on elderly people facing the need for care. ... There's a pair of lesbians, and one said she would not go back in the closet: "I fought too hard to be out." The other person said she wouldn't say anything and wouldn't take that chance.

What are the challenges LGBT elderly might face going into nursing care?

I was talking about this with a friend recently, that if you are a gay man, you might be uncomfortable to have a woman come in and feed and bathe you. Or you go into another nursing home, and other men pick up on the fact that you are gay and may not be welcoming when this could be the loneliest time of your life.

The Pima Council on Aging does Project Visibility, a program developed in Boulder, Colo. It's a training tool taken into facilities for training personnel. It is a very powerful tool. I got invited to go to training at Devon Gables when they took that program there. ... There were probably 15 people in the room, and the presenter was asked to bring it back to the residents: They were interested. How cool is that? Nowadays, pretty much in every nursing home, (residents) have friends in their lives or relatives who are gay, and if they haven't had a chance to be exposed, you are never too old to learn something.

What do you want to see happen because of this screening?

I want to facilitate some discussion among community members and allies. From what I am hearing, there are LGBT-friendly care facilities, but some are not. I am hoping that among the audience, some people from care homes, nursing homes ... might ask us, "What can we do? You've shown us in this film that there is a disparity in the care (LGBT elderly people) receive."

What kind of disparities exist?

In the documentary, it is shocking how often elderly (LGBT) people access services. ... The difference in the generation of people who are older than 65 is part of it: They've lived through a much-more-oppressive time in this country.

As a physician, what would you like to see?

I'd like to see existing facilities willing to extend themselves and make a real effort to see that their clients are treated compassionately and respectfully, regardless of their background. I'd like to see us identify some of the resources that are LGBT-friendly and develop a referral at Wingspan—something that can work with different levels of need. For example, you lost your loved one, and they used to do the grocery shopping, and you're not physically capable, or you don't know how to do it. There are existing resources that might not meet some of these needs, and there are others that do, but perhaps this is the beginning of a discussion that could result in a program at Wingspan that could help meet the needs of our LGBT elderly.