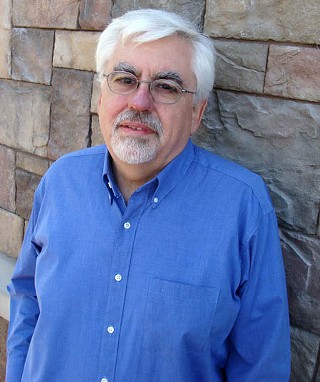 Bob Benzinger spent 25 years traveling the world in the U.S. Foreign Service. Although he retired in 1999, he keeps up on foreign affairs and teaches classes at Pima Community College on foreign policy. His next six-week class, "Current Topics in Foreign Policy," starts at 10 a.m., Tuesday, Nov. 10, at 401 N. Bonita Ave. The class, which costs $79, begins with a report card on the Obama administration's foreign policy to date. To register, call 206-6468; for more information, call Benzinger at 749-3941.

What's your favorite place where you've lived and traveled?

Everybody asks me that, but before I answer, I have to say that I have served in some pretty raunchy posts, and others that would be considered luxury posts—and I found that there were things to do everywhere. If you ask me my favorite, it's got to be Fiji. I had both the best place and the best job of my entire career there. But even in the worst places, I've had great experiences.

What was the worst place that ended up being great, too?

The Ukraine, in Kiev. That was a funny assignment. The embassy was in the old Communist Pioneer Youth Hall. A chandelier fell on one of my colleague's desks about 10 seconds after he got up to go to the bathroom. Communist construction. There's something to do in most places, and in most places, people are friendly. I was never in places for more than a few weeks that were really anti-American. Maybe the government wasn't so friendly, but a lot of times, the people didn't have anything against you. They were curious and friendly.

How did you decide to join the Foreign Service?

It was really at Arizona State University. I had gone back to school in my mid-20s and had gotten an accounting degree at ASU. While there, I realized I wanted to do international stuff, so I took all the international business courses they offered. Then I realized the U.S. government has all these people in U.S. embassies and stuff. I wondered how I could be one of them. So I looked it up and found out that there was a test and an interview process. I went through all that, was accepted and got my commission.

Do you know if it's changed much post-Sept. 11?

Oh yeah, very much so. The Foreign Service is much more buttoned-down and much less free-wheeling in terms of your interaction than it was when I was in the middle of my career, and, of course, they are much more security-conscious. Unfortunately, a lot of overseas embassies are out of town, and you can't really get out to meet the people, or (the embassy buildings) look like Fort Apache. The new embassy in Caracas (Venezuela) sits on a hill. The best thing about it is the view, but there are no windows.

(Looking at) foreign policy through the eyes of Rosencrantz and Guildenstern (from Hamlet). You know the play? They're sitting offstage just talking about what's going on with Hamlet and the royal family. OK. I was working a secretary of state visit somewhere, doing something in the office, and I realized that's who I was, except, fortunately, I didn't get killed in the last act. You know, I was on the edge. I was seeing a lot of what was going on, but I wasn't in the room with the big guys.

Do you think Americans lack a good, basic knowledge of foreign policy?

Yeah, but a lot of it is cultural, and cultural isolation. But other countries are culturally isolated, too; we're not even the worst. In a lot of ways, we're actually less-isolated and less-racist than a lot of other cultures. We don't dwell on the past nearly as much as other cultures.

Do you still travel often?

I travel more around the Southwest now. I go skiing in Utah every winter, and I do a little hiking. ... I've been to more than 80 countries, and now there are a lot of places I'd like to see in this country.

What do you hope people take from your class?

To leave with a greater understanding of what's going on and take home something they didn't have in the first place. ... We live in a world of independent actors pursuing their own interests. It's very complex. One thing I hope that everybody takes away is the sense of the complexity. Politicians, especially American politicians, tend to oversimplify everything, and that's a big, big problem.