A retirement community goes without gas for over two months. Is it a safety precaution or red tape? 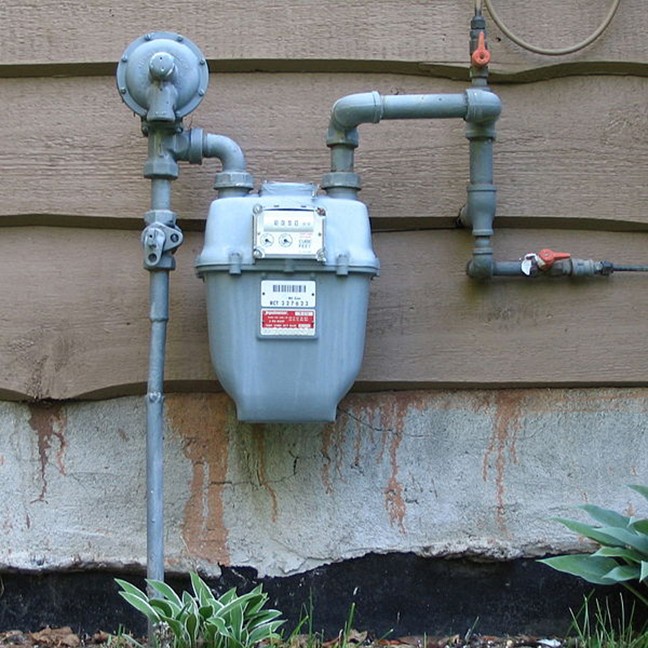 Courtesy of RadRafe
Janet Germano's 85-year-old mother went nearly two months without hot running water or a way to cook. Her gas was turned back on last week. But she's one of the luckier residents at Far Horizons East mobile home park.

On July 26, the gas service was shut off after an electrician, contracted by Far Horizon's owners Cal-Am Properties, was digging and accidentally damaged a gas line.

After the original damage was fixed, the Arizona Corporation Commission, in charge of overseeing pipeline safety for meters that control two or more buildings, did a pressure test on the pipes and found they didn't meet the current standards. They had to be shut down immediately.

The mobile home wasn't built to support hundreds of electrical stoves, so all the tenants in 415 living units have gas ones. They also run their hot-water heaters, clothes dryers and furnaces on gas.

Far Horizons has a community clubhouse where gas was restored after three or four weeks. People can head over there to do laundry or take showers, and Cal-Am employees said they provide occasional dinners there.

Germano said none of this helped her mother, who was recovering from a hospital visit and couldn't make it to the clubhouse, much less take a shower there. On top of Germano's full-time job and helping care for her grandchild, she had to take care of her mother, bringing her meals and helping her bathe with water boiled on the stove.

Since Far Horizons is a retirement community, she was not the only one in such a predicament. Sharron Mackenzie also has elderly parents at Far Horizons. She had been staying with them during the gas outage, helping care for her sick father who just died.

Cal-Am had a crew of about 40 laborers working from sunup to sundown putting in new pipes. They tore up eight streets, replacing the piping and paving them over again. Mike Territo, who works for Cal-Am and is overseeing the project, says it has cost the company well over a million dollars.

The hold-up is not from lack of effort but bureaucratic safety precautions.

In Arizona, aging pipelines can lead to leaks. And those leaks can lead to "imminent risk of fire," said Holly Ward, communications director for the ACC.

"Unfortunately, it is an inconvenience, but we feel the safety risk is stronger," she said.

The ACC requires gas pipes hold 90 pounds per square inch (PSI), but Territo with Cal-Am says the park's system only uses five PSI and was designed for 55. He says the ACC requires a higher PSI than other states.

About 35 percent of residents were on a newer gas line and had their gas back in two weeks, according to Territo. And late last week, about 20 percent of the park's other residents, including Germano's mother, was able to get their gas turned back on.

Clayton Trevillyan, Tucson's chief building official, said at first the city thought the ACC had purview of the entire project. But when the city realized the ACC wasn't inspecting the pipes to the homes—the part of the piping that hadn't been changed at all—Trevillyan said the city wanted to make sure all the connections and piping were safe.

He said they'll inspecting about 25 homes a day, which is twice what an inspector usually does. And while the ACC requires 90 PSI, the City of Tucson only requires seven-and-a-half and is asking for 15. Trevillyan said requiring 90 PSI is "actually really ridiculous" adding that over-pressuring a line can actually cause leaks.

According to Territo, if a pipe fails on the end attached to the home, it's on the resident to fix it before their gas gets turned back on.

"It was working two months ago," he said. "We've done nothing to alter their pipes."

As of Tuesday, about 95 percent of the park's piping had been replaced and OK'ed by the ACC, according to Territo. But now they're working with the city, and Territo doesn't know how long it will take.

What happened to Far Horizon is not an isolated incident. Trevillyan said it's not uncommon that places with old infrastructure that cater to low- or fixed-income residents end up with issues due to lack of care by property owners. Trevillyan says Far Horizons, which has been owned by Cal-Am less than two years, has actually had problems with their electrical for years.

Parklane Mobile Estates is in a similar situation as Far Horizons but far worse off. The city issued the park's owner a notice of violating minimum housing standards in mid-February after getting complaints from residents that there was no gas. Since then, the owners have replaced inadequate piping, and the city has cleared a number of the homes as good to go. But some are still waiting to be inspected.

"Ninety percent of problems we face with mobile home parks is lack of maintenance," Trevillyan said.

In Far Horizon, most of the streets have been filled back in and residents are just waiting for their turn with the city's inspector. In the clubhouse, there's a poster hanging above the fireplace. It has a hand-written "Muchas Gracias" in big bubble letters. Surrounding it are black-and-white images of the construction equipment and little notes from residents saying thank you for all the hard work.