Survivor Shield Foundation — a nonprofit that provides direct and discrete financial assistance to survivors of sexual assault and domestic violence — will celebrate its one-year anniversary on Saturday, Sept. 17.

Martin, who serves as president, said the goal was to try and establish a government agency that would provide survivors with a method to report sexual assault or domestic abuse without a police investigation.

He said the low conviction rates of abusers within the criminal justice system disincentivizes people from reporting and getting the help they need.

"After a lot of negotiating, we sort of came to the conclusion that that legally could not happen,” Martin said. “Especially the mechanism for survivors to report without a police investigation.”

The organization pivoted to assisting survivors without forcing a police investigation or a trial, Martin said.

“It can be very challenging to overcome the stigma of not speaking about it publicly.”

Through “destigmitization,” Survivor Shield Foundation seeks to create change by creating a safety net, one that works toward ending the stigma surrounding sexual assault, promoting reform and offering financial aid.

Since its incorporation in September 2021, Survivor Shield Foundation has reached about 40 people. Using a discrete questionnaire on Survivor Shield Foundation’s website, survivors can apply for “The Grow Back Program,” which provides monetary aid. Martin said his organization has paid bills ranging from hospital and therapy invoices to new tires.

Survivor Shield Foundation relies on donations made through its website, and from fundraising events like its monthly art show at El Jefe Cat Lounge. Martin said on the first Saturday of April, which is sexual assault awareness month, the organization hosts a larger art show with 30 to 40 artists, live music and food.

“We want to get all of the people that we can to be in a venue in which sexual assault is the primary reason that they’re there because it’s a great way to open up the dialogue,” Martin said.

As a registered 501(c)(3) nonprofit, the organization is not affiliated with the UA, but relies on student volunteers like Eliana Siegel, its director of operations.

Siegel, who recently moved from Tucson to Flagstaff, started as a volunteer “about this time last year,” assisting with events and networking. She shadowed Martin before becoming an official board member a few months ago.

“I (started) this month trying to bring a lot of what we do in Tucson up to Flagstaff,” Siegel said. “At this point that means networking with small businesses to try and plant roots for what we are doing and spread awareness of our mission in the community.”

She said she hopes to begin hosting events in Flagstaff by next spring.

Martin said he hopes to see a continued growth in business partners and people who work with the organization.

“I would like to see this frame of social service where we provide financial aid to replace the old system,” Martin said. Instead of using a “group home support hotline,” he said he would like to see more survivors provided with what they actually need — funding. 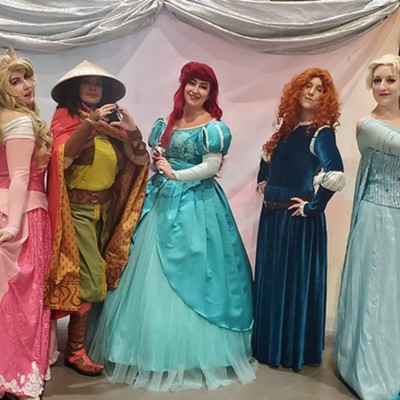