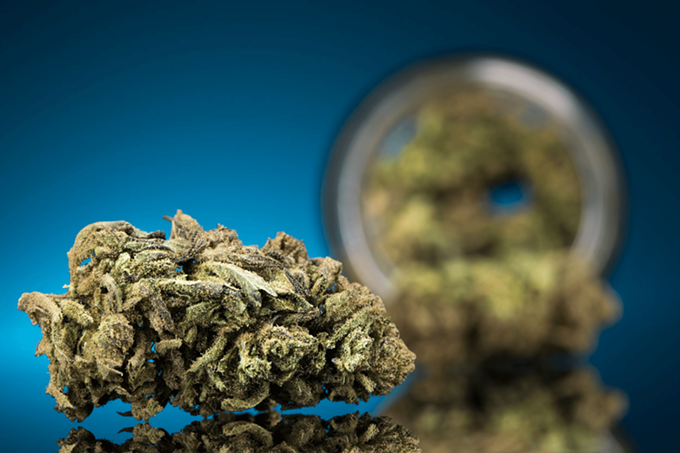 As two bills supporting cannabis studies stall in Congress, regulatory hurdles and funding deficiencies continue to delay clinical trials of the plant for all but the most established researchers in the U.S.

Earlier this year, the House approved the Medical Marijuana Research Act (H.R. 5657) and the Senate passed the Cannabidiol and Marihuana Research Expansion Act (S. 253), but both are now languishing in the heat of the summer.

S. 253, sponsored by Sens. Dianne Feinstein (D-CA), Brian Schatz (D-HI) and Chuck Grassley (R-IA), is intended to “ensure that research on CBD and other potentially beneficial marijuana-derived substances is based on sound science while simultaneously reducing the regulatory barriers associated with conducting research on marijuana,” according to a February press release from Feinstein’s office.

H.R. 5657, sponsored by Reps. Earl Blumenauer (D-OR) and Andy Harris (R-MD), seeks to do away with regulatory barriers and allow researchers to use cannabis products from state-sanctioned dispensaries, among other regulatory fixes.

While the bills have been touted by cannabis advocates as steps toward facilitating needed research on a drug that has become legal in a majority of states based on its medicinal qualities, some legal minds and researchers see the bills as unnecessary and believe that funding and descheduling would be far more effective ways to achieve that goal.

Arizona NORML Director of Politics Jon Udell says the biggest selling point from NORML’s perspective is that if passed, the bill would facilitate clinical research by establishing a process where scientists and researchers can use commercial weed rather than the pot that’s compared to “lawnmower clippings” available through the University of Mississippi.

“H.R. 5657 specifically allows scientists to access flower and other products that are manufactured in accordance with the state-approved market,” Udell said. “That’s what it should be because then you have a more realistic representation of cannabis that is used by consumers and patients.”

The National Organization for the Reform of Marijuana Laws is a consumer advocacy organization that has been fighting for cannabis legalization since 1970, acting as a watchdog for policy that advances that goal.

Until recently, the only cannabis that has been legal for research is the U Miss dirtweed, but that has changed in the past year. There are now five independent research facilities that have been licensed by the Drug Enforcement Agency to grow commercial quality pot for research.

The Medical Marijuana Research Act would allow researchers to purchase commercial weed through the auspices of the Attorney General’s office instead of U Miss and DEA-licensed growers.

It would also impose deadlines on the FDA and DEA for processing applications for research, a process that is as much a deterrent to quality research as the scheduling status of marijuana.

But the real barrier to effective clinical trials is the lack of funding for research that can run into the tens of millions of dollars.

“The issue is that the congressional bill not only doesn’t correct anything, but it gives people false hope that it’s fixing research barriers,” former University of Arizona professor Dr. Sue Sisley said. “If we had serious government or private funding, research would progress at a rapid pace.”

She added that a study involving 300 individuals can cost upwards of $13 million, but that kind of money is rarely available without the necessity of jumping through hoops inexperienced researchers may not have the stomach to deal with.

The founder of the Scottsdale Research Institute, Sisley has devoted her recent professional life to the study of the plant, particularly for the benefit of the veteran community.

SRI was the first facility in the U.S. to get a license to grow its own cannabis for research.

In August 2021, the UCLA Cannabis Research Initiative released an analysis of the current state of research in the U.S. titled, “Challenges for Clinical Cannabis and Cannabinoid Research in the United States,” which highlights three problems facing researchers, including funding, the regulatory status of cannabis in the United States and a lack of sources for cannabis to study.

The study also concludes that those charged with creating the regulatory structure are usually in the dark about the latest research.

“Often these research conclusions are not appropriately translated and/or communicated to policy makers, health-care providers, state health officials, and other stakeholders who have been charged with influencing and enacting policies, procedures, and laws related to cannabis use,” the study states.

Because of the arcane rules set forth on the study of cannabis and its many derivatives, including hemp-derived cannabidiol (CBD), researchers must navigate a web of rules and approvals through the DEA, an institutional review board (IRB) and the Federal Drug Administration, as well as state agencies where the research is to take place. The process can take months just to get approval to begin a study that may not have funding to move forward anyway.

Another issue is the confusing scheduling of cannabis and hemp derivatives, which can change depending on the “origins” of the material to be studied.

The study cites the example of synthetic delta-9-THC, dronabinol, which has three schedules, III, II and I depending on whether it is derived from a hemp plant or cannabis and how it is produced.

“Without proper guidance and support from people in the field, a researcher is likely to get lost in the regulatory quagmire that is rapidly evolving,” the study states.

For anything that is Schedule I, meaning it has been deemed to have no “currently accepted medical use” and a high potential for abuse, the researcher must have approval from all other regulatory agencies plus a mountain of additional information, including the researcher’s qualifications and academic history plus extensive descriptions of the research project and how and where the product would be handled and stored.

The amount of time it takes just to get the study off the ground may also provide a barrier to effective research.

“Private funding seems limited because investors have little appetite to pay for drug development pathway that could take over 10 years to reach FDA approval,” Sisley said. “Cannabis research is stagnating and even U Miss admits that the demand for research cannabis is declining year after year.”

According to Shane Pennington, a Houston-based lawyer who helped Sisley successfully sue the DEA and DOJ for the right to grow her own, so many people are using cannabis now that it only makes sense to create a body of research on the safety and efficacy of the drug.

“It costs tons of money: I’m talking tens, if not hundreds, of millions of dollars to do this kind of research,” he said. “Without that money, you can open up as much as you want: You can license all the researchers and all the marijuana growers and you’re never going to get any of that done.”

On the other hand, there is plenty of money available to address perceived social ills related to pot.

“There’s always funding to see how intoxicated people are in the car wrecks and how kids are gonna die,” Pennington added. “There’s lots of funding for that, but there’s not a lot of funding to figure out if it has medical utility, according to whatever standard.”

Given the rate at which states are legalizing, the existence of so many cannabis bills in the past few years has propelled legalization to the point where national politicians are being forced to pay attention.

To Arizona NORML Director Mike Robinette, the fact that H.R. 5657 passed the House with a comfortable majority and S 253 unanimously, means the tide is turning on the conversation and is another positive sign that federal legalization could happen soon.

“It clearly demonstrates the changing attitudes relative to cannabis when you have a 343-75 vote in the House toward sanctioning good research, as well as a unanimous Senate vote,” Robinette said. “At least the attitudes toward the desire to research cannabis and to understand the plant are changing.”

But to Pennington, who said S 253 has no redeeming qualities and the House version is not much better, his fear is that it is all theater and fodder for the next election cycle.

“To be polite about it, you could say they mean well, and they’re doing the best they can,” he said. “If you want to be a little bit more cynical, there’s a good interpretation here that what they want isn’t really research, what they want is a ribbon cutting ceremony and a nice photo op and then for everybody to shut up.”

Hosted by Amethyst Kinney, Cannafriends is a networking event geared towards connecting cannabis-friendly individuals with new friends, brands and jobs in the industry. The event is held monthly. Tickets are $20 and can be purchased on EventBrite, wwww.azcannafriends.com or at the door.