Boca has taken tacos in Tucson to a whole new level

If you're a food- or travel-television addict like me, you've probably noticed the growing amount of attention given to "street food"—simple, easy-to-carry foods that pack a flavor punch and are often made from inexpensive ingredients.

Of course, Tucson has a great street-food tradition, from Sonoran hotdogs to tacos and tamales—and Boca is taking that tradition indoors. Housed in a much-improved, remodeled space that used to be Greasy Tony's, Boca does tacos and tequila with style and class.

Ted and I first visited on a hot Sunday afternoon. All three inside tables were full, so we took a seat at the four-seat bar after ordering. While Boca excels at street-food flavors, they seem to be lacking a little on the expediency side of things: Our tacos didn't arrive until nearly 30 minutes after we ordered them, though Boca did seem to be a little short-staffed that day. However, they were definitely worth the wait.

The rajas, a creamy combination of sweet corn and slightly spicy chile strips, was particularly outstanding. The chipotle BBQ taco—with slow-cooked short ribs in a sweet and tangy chipotle sauce—came in as a close second on my list of favorites. The green chile pork was moist, and the crisp shredded cabbage on top added a nice textural element. The shrimp taco was my least-favorite; it was a little bit overcooked and had too much of the mayonnaise-like sauce, which overpowered the shrimp.

Ted ordered the surf-and-turf taco ($4.25), the discada taco ($2.50) and a caramelo with chopped steak ($2.95). The surf-and-turf was a surprisingly delicious combination: The deep-fried shrimp were perfectly done, and the rib-eye steak was well-seasoned and tender. The discada, a mix of beef, chorizo and yellow peppers, was nothing short of amazing, and the caramelo—stuffed generously with tender steak bits and cheese—was perfectly crispy and made even better with a spoonful of the house-made pico de gallo.

Boca's presentation is playful; each taco order comes out on an individual cutting board, lined with parchment paper. Each table gets a selection of four or five house-made toppings, presented in individual glass jars. That afternoon, we got the aforementioned pico de gallo, a red salsa, a green salsa and some roasted, chopped green chiles. The tacos are all served on your choice of flour or corn tortillas, and come piled high with fillings and chopped cabbage. The food isn't the only stylish element, either: The décor is modern, clean and warm, and the employees are friendly and accommodating.

My second visit was for dinner on a weeknight, and this time, I was able to snag an inside table for my dad and me. We started off with some sipping tequila—I ordered a shot of the Casa Noble organic reposado ($11.75), and my dad got a shot of the Chinaco reposado ($7.75). Boca offers roughly two dozen types of tequila, including types to shoot and types to sip (from about $5 to $20 per shot). Both of the shots we got were smooth, with delicate bouquets and oak-y notes.

The food came out quite a bit faster than on my first visit. Although my del mar entrée ($10.95) got held up in the kitchen for a few extra moments because of a miscommunication, the employees handled the situation extremely well, with grace and speed. My dad's citrus-marinated salmon taco ($3.25) was exceptional, with the salmon perfectly cooked. He added on rice and beans to make it a combo for an additional $2, and the smoky, salty, spicy beans were so good that they could have been a stand-alone meal. My entrée was a generous mix of seafood, including moist and crispy deep-fried white fish, strips of the juicy citrus-marinated salmon, a handful of perfectly grilled shrimp, and a heap of tender octopus with caramelized onions—all served with hot tortillas, rice and those to-die-for beans. The octopus was, hands-down, the best octopus I've ever been served in a restaurant.

Boca's taco offerings are some of the best in Tucson—an impressive feat, considering the competition. They've taken a simple street food and raised it to a whole new level by using quality ingredients prepared with exacting standards. They've also just debuted "exotic-taco" Wednesdays, and are featuring some unusual eats, like rattlesnake tacos and oyster tacos. It's the perfect university-area spot for lunch, dinner and late-night eats—and will be even better when the weather cools off, and the ample patio seating is a bit more enjoyable. 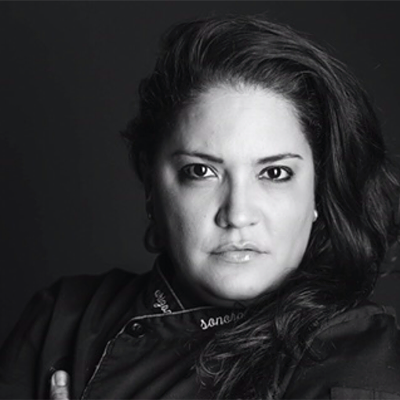