Stay at Home: Aid to renters, landlords available as CDC extends eviction moratorium through the end of July 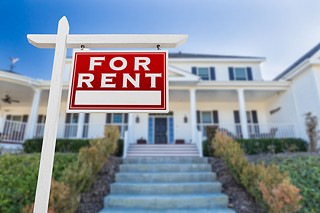 While the CDC last week put covid-related evictions on hold until July 31, a local program aimed at preventing evictions has more than $20 million available to aid both renters and landlords.

The program still has more than $20 million in rental assistance available of the $34 million in federal eviction prevention funding for the City of Tucson and Pima County. Community Investment Corporation Director Danny Knee expects more funding from the American Rescue Plan.

The program has until Sept. 30 to expend about 65% of those relief funds, but there’s pressure to distribute money before the end of the eviction moratorium under which many tenants have maintained their homes. Program officials expect a wave of eviction proceedings will be filed mid-summer. The CDC said last week’s extension of the moratorium through the end of July “is intended to be the final extension of the moratorium.”

Knee said it’s challenging to distribute the money because there are so many people to serve but he doesn’t have the staff to process all the applications.

“How do you go hire and train as many people as would be needed to process all that and then when that’s over, then let them go?” said Knee. “Nonprofits, most of us are relatively small places, where we’re not set up for that. We’re not set up like Amazon to deal with Christmas rush or something like that and this work, it can’t just be anybody. It’s not unskilled type of work that people are doing.”

Knee said the program is distributing about $1 million in funding every week, earning praise from the Arizona Multihousing Association, which said in its June newsletter that the program is “on track to be the most efficient and expedient program in the state.”

This was compared to Arizona’s Department of Economic Security’s program, which had dispersed $7.8 million in rental and utility assistance out of $289 million to 1,519 applicants in Coronavirus Relief Funds as of Monday, June 28. But AMA President Courtney LeVinus says the entire process has been beset by delays.

“The delay in deploying eviction relief funds continues to frustrate residents and property owners,” LeVinus said via email. “Congress allocated these funds months ago, yet this continues to be an issue. Property owners in some cases are owed 15 months of rent, sometimes $15,000 to $20,000. Meanwhile, millions of dollars in relief money is not being deployed to people in need.”

According to LeVinus, Arizona has received nearly $1 billion in relief money through various levels of government over the past 16 month, but has deployed less than 15 cents of every dollar received.

From November 2020, a waitlist began to grow, with around 4,000 applications waiting in the queue in March when they began processing them, said Knee. He speculates around 2,400 were legitimate, as some of those applications may have been duplicated because of a change in eligibility requirements and because the program encourages cooperation between tenant and landlord, where either a tenant or landlord can apply.

With around 500 to 600 applications coming in every week, the process takes roughly four weeks to get through the waitlist, said Knee.

Those at or below 50% of area median income who may be eligible for unemployment or who have been unemployed for a longer period have priority in the list. With the city and county, CIC also created a scoring system to take into consideration how long someone has been on the waitlist.

“What we were finding early on is that if you didn’t do that, the people who didn’t have a higher priority score, they would never have gotten served, because people are always coming in,” said Knee.

Once they are off the waitlist, tenants and landlords must provide the required documents, like pay stubs, leases and proof of the rent in arrears, to prove eligibility and ensure a legitimate landlord/tenant relationship. With 65 case managers across 10 agencies, the process takes another two to three weeks. Knee said income verification is making the process take closer to three weeks.

“If somebody were to get on the waiting list right now on average, it would probably take them about two months to get served, which is obviously really problematic with the moratorium coming up,” said Knee. “We’re very stressed about what’s going on.”

Last month, the Department of Treasury updated their guidelines for emergency rental assistance to allow the use of readily available information or “proxies” to verify the income eligibility of renters.

In order to expedite a process bogged down by red tape, the city and county followed CIC’s suggestion to use the Neighborhood Vulnerability Map Index, a map created from a 2020 study identifying vulnerable areas in Tucson and Pima County based on five factors: percentage of non-white residents; level of education; renting versus owning housing; income level; and the number of children living in poverty. Applicants would submit their address and self-attest to living in one of those vulnerable areas.

Knee said about half of the applications submitted in recent weeks have gone through that process, meaning “no gathering of pay stubs, no calculation errors, no back and forth.”

With those improvements, Knee hopes to increase the amount of funds paid to $1.5 million a week in the next couple of weeks and get closer to $2 million a week.

“The money is not going to run out,” said Knee. “I know that’s one of the concerns. That is not the concern right now. There’s American Rescue Plan money that is going to fall behind this. So, if people can be patient, the money will be there. There are landlords that have been out over a year, have not gotten a payment for over a year, and so it’s very difficult to ask them to be patient.”

LeVinus said the request for more patience is unreasonable.

“During the pandemic, we did not require grocery stores to give away free food and home goods. We didn’t enforce a ‘fuel cost moratorium’ requiring gas stations to provide free gas. Only property owners have been asked to make this unbelievable sacrifice—a 16-month moratorium that has been ruled unconstitutional by multiple federal judges,” LeVinus said via email. “Collectively, Arizona property owners–including mom and pop rental owners–have lost millions of dollars in rental income while still paying their own mortgages, property taxes, payroll, maintenance costs and other bills.”

LeVinus said she didn’t expect the end of the eviction moratorium will cause a spike in evictions. Instead, she expects them to increase incrementally.

“We have seen predictions of an ‘eviction tsunami’ based on bad data and unreasonable projections,” said LeVinus. “We do believe there will be an incremental increase in evictions. That’s inevitable, given that evictions have slowed to a near standstill over the past 16 months. At some point, people will have to pay the rent they owe or there will be some consequence.”

AMA continues to advise landlords and property owners to continue what they have been doing for 16 months: “Keep working with rental residents who make an effort to work with them,” according to LeVinus.

“This type of collaboration requires renters to make an honest effort to communicate, seek assistance and work with their property manager,” said LeVinus. “Unfortunately, we have seen many renters fail to participate, including applying for assistance.”

The Tucson Pima Eviction Prevention Program provides landlords and property managers with up to 12 months in back rent and three months advance pay for tenants who have been negatively impacted by COVID-19.

Those in need of assistance should visit tucsonpimaep.com.