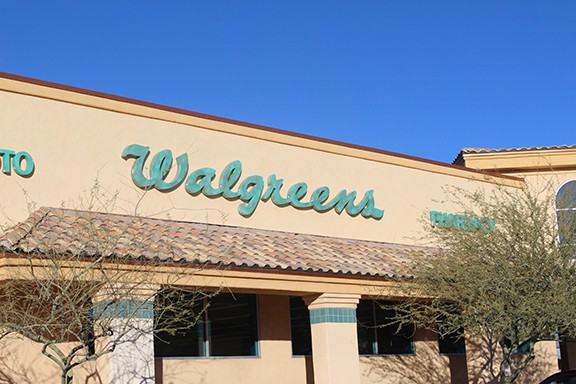 Jeff Gardner
All Arizonans 18 years or older who have not been tested in the last 12 months can visit gettestedaz.org, complete a request form and chose a nearby location to receive a free HIV test.
For more than a decade, the Center for Disease Control and Prevention has recommended every adult in the United States between the ages of 18 and 64 be tested for HIV at least once in their life. But here in Arizona, less than half of that population has ever received an HIV test.

Without being tested, HIV-positive individuals aren't aware of their status, can develop Acquired Immune Deficiency Syndrome (AIDS) and possibly pass on the virus unknowingly.

All Arizonans 18 years or older who have not been tested in the last 12 months can visit gettestedaz.org, complete a request form and chose a nearby location to receive a free HIV test.

"If somebody has to drive 30 minutes to go to central Tucson to get an HIV test, well, they may very well not do that," Spencer said. "If they don't have transportation, or they're relegated to public transportation to do that, well then they're really probably not going to do that."

"This initiative not only makes the testing more geographically available... but it also offers the testing in a setting that is different from the traditional HIV service organization or county health organization that some people will not [go to] because of the stigma that they have around HIV," he said. "Theoretically, it's easier for somebody to walk into Sonora Quest or walk into Safeway or walk into Walgreens and get an HIV test because those are places that they go every day."

Arizona ranks 16th in the U.S. for HIV incidence, which is the amount of new diagnoses. In 2017, there were 768 new diagnoses. The number of HIV-positive people goes up annually; it's more than 18,000 Arizonans as of last year.

The federal "Ending the Epidemic" initiative focuses on 48 counties nationwide, including Maricopa County, that have a very high rate of new HIV diagnoses. In the coming year, the U.S. government will bring a "rapid infusion of new resources, expertise, and technology" to those areas, which accounted for more than half of the country's new HIV cases in 2016 and 2017.

About 80 percent of the newly diagnosed population in Arizona are men who contracted the virus by having sex with other men. Spencer says men who have sex with men (MSM) continue to be the most predominant risk factor for HIV.

However, HIV is not exclusive to the LGBTQ community. The virus earned a reputation for being a "gay disease" in the 1980s because of the increased risk, but anyone can contract HIV through unprotected sex with an HIV-positive person, contact with infected materials, sharing needles to inject drugs, or from an HIV-positive mother to their child through breastfeeding.

"Unfortunately, HIV is caught up in homosexuality, which leads into homophobia and other kinds of problems that create stigma around a simple HIV test, which really should have no stigma associated with it whatsoever, but in fact it does," Spencer said.

Younger populations, both men and women, are particularly at risk: 40 percent of all new diagnoses occur among individuals aged 29 or younger. Spencer said this statistic stands to reason, because young people are generally more sexually active than others.

African Americans are six times more likely to become HIV positive compared to white people. Hispanics and Native Americans are three times more likely compared to white people. Spencer attributes these statistics to a larger pattern where underserved populations are generally more susceptible to disease due to a lack of access to medical care and a lack of education about different treatment options.

Each year, African Americans account for nearly half of all new HIV infections in the U.S., despite representing only 13 percent of the national population, according to The Foundation for AIDS Research (amFAR).

"Discrimination, stigma, poverty, and lack of access to healthcare contribute to the disproportionate burden of HIV among black Americans," their website says. "This is most notably the case in regions with large black populations like the American South where approximately half of the nation's new HIV infections occur, with black Americans accounting for nearly 80 percent of them."

At-risk individuals can protect themselves from receiving the virus by using Pre-Exposure Prophylaxis (PrEP), the one-pill, once-a-day HIV prevention medication that is 96 percent effective.

It was approved by the Federal Drug Administration in 2012 and is covered by most insurances including AHCCCS, but a lot of at-risk Arizonans aren't aware that PrEP even exists, according to Spencer.

Even uninsured individuals can access PrEP at no cost through the federal Ryan White Program, as well as the U.S. Department of Health and Human Services' new initiative called "Ready, Set, PrEP" which distributes free PrEP to people without insurance in partnership with Gilead, the medication's manufacturer.

Aunt Rita's Foundation, which is named after the drag persona of one of its founders, created and maintains www.hivaz.org, a central website with many other resources spanning HIV prevention, treatment options and financial assistance.

"With all of the different insurance programs, as well as manufacturer assistance programs, and now government programs through Health and Human Services, there's many, many options for people to access these medications without cost," Spencer said.

Many people still believe negative myths about HIV and AIDS that were formed in the 1980s and 1990s, when the virus began spreading rapidly and medical science did not have all the answers. Some still see HIV as a "death sentence" or believe that treatment comes with terrible side effects. Spencer says nothing could be further from the truth.

"There just has to be a lot of increased education around the phenomenal treatments and where medical science has come today in treating people living with HIV—like myself—with really amazing therapies that are extremely well-tolerated and allow people to live full, normal, healthy, happy lives," Spencer said.

Several HIV awareness organizations across the country have initiated a public awareness campaign called "Undetectable=Untransmittable" or "U=U" which explains how HIV-positive individuals who are receiving treatment and have an undetectable viral load cannot pass the virus on to other people.

"If every single HIV-positive individual was on treatment and had an undetectable viral load, then we would have no new transmissions," Spencer said. "That's a really seemingly simple way to stop the HIV epidemic."

The problem lies in getting every at-risk individual engaged in treatment, either preventative or reactive, given a variety of issues that prevent people from accessing healthcare in general.

Aunt Rita's provides grant funding and support to 13 other HIV service agencies in Arizona. one•n•ten, a not-for-profit organization in Phoenix that serves LGBTQ youth, receives money through Aunt Rita's to provide sexual health programming and education about the realities of HIV and AIDS to children ages 11 to 18.

"Here in Arizona, until recently, there was a law called 'No Promo Homo' as it was nicknamed, which essentially did not allow LGBTQ sexual health education in schools, as well as comprehensive HIV education," said Joel Mills, a volunteer coordinator with one•n•ten. "So, the goal is to really be that educational piece for youth that they can't get from their regular education settings."

Mills said a lot of their curriculum is about prevention and HIV testing, but the main goal is to reduce the stigma about the virus and support their LGBTQ youth to be healthy and safe, whether they're HIV positive or negative.

"Aunt Rita's is such an awesome organization," Mills said. "They are able to connect with the marginalized communities that really need it the most, and they really support those programs."

Much of the funding for HIV prevention is administered by the federal government, including the CDC, and then dispersed through state and county health departments who subcontract with HIV service organizations in the community.

Spencer said this model is a "partnership all the way around," but nonprofit community organizations are frequently the ones who deliver the day-to-day services to individuals in need.

Aunt Rita's free HIV tests are primarily funded through a grant from the Arizona Department of Health Services, with support from a few private foundations.

"I think there's never enough money for any good cause to really help move the needle, but candidly, I think the funding coming from the federal government has been fairly consistent and fairly responsive to the needs of the epidemic," Spencer said.