By Jeff Gardner and Eric Swedlund 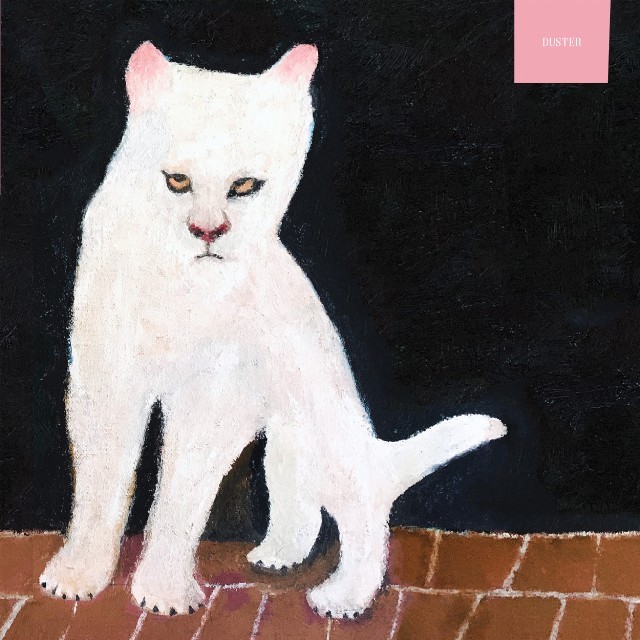 The “Where did this year go? I need more time to listen!” list of honorable mentions:

As far as a comeback album from an acclaimed '90s band that got popular after-the-fact, this could have gone very poorly. But Duster's first album in 19 years proves they're not only as sharp as they used to be, they aren't afraid to head in new directions as well. Their core remains the same—indie rock composed of noisy, lethargic grooves laced with the occasional spacey synthesizer—but this newest album also features acoustic moments as well as some of their heaviest work yet. The slow, steady build of "Chocolate and Mint" and the hypnotic density of "Ghoulish" are among their greatest moments. This self-titled album proves Duster weren't lightning in a bottle, but a constant storm. —Gardner

The Comet Is Coming

Trust in the Lifeforce of the Deep Mystery

This futuristic jazz trio was a blast to see live at SXSW, and even landed on the Weekly's cover back in March. With only a saxophone, keyboard and drums, they churn out some expansive (dare we say, cosmic) jazz. Saxophonist Shabaka Hutchings (also leading Sons of Kemet) is turning out to be one of the most exciting, forward-thinking jazz musicians of this decade. There are moments on this groovy, psychedelic and spiritual album that sound like both a spaceship and an instrument, and chances are you're hearing both. —Gardner

The word gorgeous can seem fairly meaningless and subjective when describing art. That is until you hear an album like Titanic Rising. This album simply breathes melody. Weyes Blood, the stage name of Natalie Mering, clearly gave this project her all. Whether it's Mering delivering a darkly romantic piano ballad, a powerful cry over lush strings, or an intimate expression of how art can change your perception, every track on here is filled with love. This is pop music both soft and epic. Titanic Rising is an apt title, as it so effortlessly conjures images of slow dancing underwater.

A great return to form from '90s darling David Berman (a la Silver Jews). Like his previous efforts, it's mostly a rock album laced with country and Americana flares, and the star of the show is Berman's wit and poetics. It's a sober reflection on aging and modern life, set to some wonderfully well-written songs. Songs like "All My Happiness Is Gone" and "Nights That Won't Happen" are especially impactful in light of Berman's recent death. —Gardner

Another great new band we discovered at SXSW this year. In this debut album, Black Midi channel all the energetic, virtuosic, noisy rock bands of the '80s and '90s, but add enough experimentation to keep things fresh. Black Midi (named after absurd music files that can contain millions of notes) combine zany post-punk vocals, mind-bending tempos, and some surprisingly catchy melodies. There are just so many moments where this album goes completely off-the-rails before you realize it was intentional. But perhaps the most exciting thing about Black Midi is how young all the members are, certainly one of the most noteworthy new rock bands this year. —Gardner

The trajectory of Lewis' post-Rilo Kiley solo career pivoted on 2014's The Voyager, when she embraced a full-throated rock 'n' roll style. On The Line expands on that, with Lewis indulging in a big throwback 70s rock sound. It's also Lewis' strongest record as a songwriter, as she tackles a difficult chapter of her life that included both the death of her mother and the breakup of a long-term relationship. Thematically, it's a record about how beginnings, endings and love itself can't be so easily understood, as Lewis lays out on the opener "Heads Gonna Roll." "That really set the tone for me, in context of feeling like a breakup record at that time," Lewis told the Weekly in May. "But it really took on a different feeling with that lyric, which is really an indicator of a beginning rather than an ending. That song is way more open. I love a layered, coded lyric, something that means so many things." —Swedlund

One of M.C. Taylor's greatest strengths as a songwriter is to translate big, universal themes—love, death, family and human nature—into personal, understandable lyrics. It's a skill that combines focus and perspective and makes Taylor's heartfelt songs seem easily relatable. Songs like "I Need A Teacher" and "Happy Birthday, Baby" find bright spots in difficult times and are a shot in the arm of musical medicine. —Swedlund

It's hard not to wonder about the persona of the "Comeback Kid," the divergent first single from Remind Me Tomorrow. On Van Etten's fifth record in a decade, but first in five years, she herself could be the comeback kid. But comeback isn't the right word for an album so far removed from Van Etten's folk roots. This is a space-age record with layers upon layers, and on "Comeback Kid" and "Seventeen," Van Etten's most memorable songs. —Swedlund

Let's Try the After

It turns out the Canadian's indie-rock collective's 2017 album Hug of Thunder was only the beginning of a remarkable resurgence. Technically two EPs (that were collected on a limited Record Store Day vinyl release), Let's Try the After is every bit as compelling as anything Broken Social Scene has ever released. New(ish) member Ariel Engle continues as the group's new creative force, and Vol. 1 breakout star on "1972" and "Remember Me Young," while Vol. 2 features frontman Kevin Drew's soaring single "Can't Find My Heart" balancing another Broken Social Scene turn toward sonic experimentation. —Swedlund

The stellar debut from this Grammy-nominated Austin duo is a perfect blend of gritty rock 'n' soul. Singer Eric Burton and guitarist/producer Adrian Quesada (of Grupo Fantasma) deliver a groove-filled album, full of passion and style, that capitalizes perfectly on the talents of both. —Swedlund

Calexico and Iron & Wine make for a wonderful collaboration, the constituent elements enhancing one another so much that it's a shame this second joint album—which earned two Grammy nominations—came a whole 14 years after the first. Like sunshine through trees, the music that comes from Calexico and Iron & Wine together has a timeless and simple magic. —Swedlund

Perhaps the greatest guitarist of his generation, Clark makes the most of his varied influences on his third studio album. This Land is rock, blues, funk, soul and more. The title track updates the Woody Guthrie classic for a new era, in which the young black Texan delivers a sonic "fuck you" to the resurgent racism of the day. —Swedlund

Delivered shortly before her 80th birthday, Mavis Staples' latest album finds the longtime Civil Rights activist still urging for change, singing loudly and clearly about how to make the world a better place. Closing out an incredible decade of career renaissance, Staples collaborated with Ben Harper as producer (after Jeff Tweedy and M. Ward). The result is a sound that settles into an easy groove, updating the classic soul folk of the Staple Singers. —Swedlund

This might become known as the "subtle" record in Wilco's catalog, but digging into the layers and nuances, it's anything but a quiet or simple album. Ode to Joy falls in line with Wilco's records that indulge in studio experimentalism, but for the first time, it represents the other side of the coin, when the sound collage relies on restraint and minimalism. And "Hold Me Anyway" contains one of my new favorite lyrics from Jeff Tweedy, fighting on the side of life's good mysteries: "Are we all in love just because? / No! I think it's poetry and magic / Something too big to have a name." —Swedlund