What was covered this week 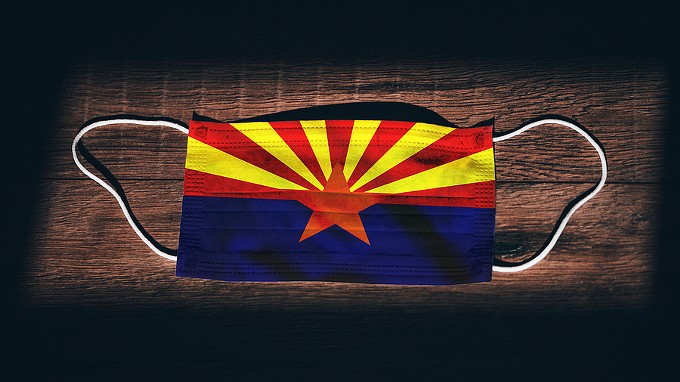 THE LOCAL NUMBERS. The number of Arizona's confirmed novel coronavirus cases topped 188,000 as of Tuesday, Aug. 11, according to the Arizona Department of Health Services. Pima County had seen 18,381 of the state's 188,737 confirmed cases.

THE NATIONAL NUMBERS. More than half a million people had tested positive for the novel coronavirus, which had killed more than 163,000 people in the United States as of Tuesday, Aug. 11, according to tracking by Johns Hopkins University.

GET A TEST. Pima County is launching new pop-up testing sites in various locations around the region. The county also teamed up with the City of Tucson to open a third testing center last week at the Udall Center, 7200 E. Tanque Verde Road. The new center, which requires a nasal swab, joins a similar facility at Kino Event Center, 2805 E. Ajo Way. A site at the northside Ellie Towne Flowing Wells Community Center, 1660 W. Ruthrauff Road, involves a saliva test developed by ASU. The testing centers offer easy-to-schedule appointments—often with same-day availability—and you get results in less than 72 hours. Find locations of the pop-up testing sites and schedule an appointment at pima.gov/covid19testing.

BACK TO SCHOOL, SORTA. With county officials saying the coronavirus remains too widespread to reopen schools for in-person lessons, parents throughout the region struggled with learning new passwords and adapting to new platforms as local districts launched the virtual school year. The Arizona Department of Education and the Arizona Department of Health Services rolled out new metrics last week to determine if schools should reopen. The metrics, which school districts should take into consideration but are not mandates from the state, include three basic guidelines: Communities should see two consecutive weeks of back-to-back drops in the total number of positive coronavirus tests; two weeks with test positivity below 7 percent; and two weeks with less than 10 percent of overall hospital visits linked to coronavirus.

CORONAVIRUS RAVAGING TUCSON PRISON. Nearly half of all incarcerated people housed inside the Whetstone Unit of the Tucson state prison complex have tested positive for COVID-19, the Arizona Department of Corrections announced Tuesday, Aug. 4. The department indicated that 517 people out of the total 1,066 population have the virus. They are currently being housed together in a separate living area and are receiving "appropriate medical care." The department noted in a press release that COVID-positive prisoners "will not be allowed back into the general population until they have been medically cleared. In addition to measures that are already in place, all inmates at Whetstone will receive meals and all required medication and medical services in their housing units." More than 890 people have tested positive for COVID-19 across the state's 16 prison complexes and 15 people have died as of last week.

GRIDLOCK IN DC. Negotiations between White House officials and Democratic leaders in the House and Senate collapsed last week. Democrats were seeking a $3 trillion aid package that includes an extension of the additional $600 a week in unemployment benefits through the end of the year (which expired at the end of July), as well as aid to states, more spending on coronavirus testing and other provisions. While Democrats agreed to drop their demand to $2 trillion, Republicans said they wouldn't spend more than $1 trillion. Following the end of negotiations, President Donald Trump ordered a $300-a-week extension of unemployment payments provided states agree to kick in $100 a week as well, paid for with funds from the Federal Emergency Management Agency; a deferral of payroll taxes that fund Social Security and Medicare that workers will have to pay back unless Congress acts to make the deferral permanent; a three-month deferment of student loan payments; and a request that the Department of Housing see if there's anything that can be done to help Americans avoid evictions.

Gov. Doug Ducey said at a late July press conference that there was no reason to increase Arizona's current maximum unemployment payment of $240 a week, although he did ask Congress to extend the extra unemployment funding on a federal level. As of press time, it remained to be seen if Ducey would take action to increase Arizona's share in order to receive the extra federal funding, but critics say that Trump's actions are largely confusing and inadequate to deal with the coronavirus crisis.