What happened this week 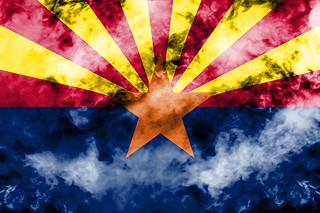 THE LOCAL NUMBERS. The number of Arizona's confirmed novel coronavirus cases closed in on 194,000 as of Tuesday, Aug 18, according to the Arizona Department of Health Services. Pima County had seen 19,976 of the state's 194,976 confirmed cases. A total of 4,529 Arizonans had died after contracting COVID-19, including 534 in Pima County, according to the Aug. 17 report. The number of hospitalized COVID cases continues to decline. ADHS reported that as of Aug. 17, 1,167 COVID patients were hospitalized in the state, the lowest that number has been since June 6, when 1,079 people were hospitalized. That number peaked at 3,517 on July 13. A total of 960 people visited ERs on Aug. 17 with COVID symptoms. That number peaked at 2,008 on July 7. A total of 427 COVID-19 patients were in ICU beds on Aug. 10. The number in ICUs peaked at 970 on July 13.

THE NATIONAL NUMBERS. More 5.4 million people had tested positive for the novel coronavirus, which had killed more than 170,000 people in the United States as of Tuesday, Aug. 18, according to tracking by Johns Hopkins University.

UNEMPLOYMENT EXTENDED FOR SOME OUT-OF-WORK ARIZONANS. Gov. Doug Ducey announced Friday, Aug. 14, that Arizona would accept the extra unemployment benefits being offered by the Trump administration. Trump signed an executive order funding the extra $300 in unemployment dollars after the federal government's payment of an extra $600 a week expired at the end of July. While Trump had initially called for states to provide $100 a week in unemployment benefits in order to qualify for the program, Ducey was able to cut some kind of deal with Trump so Arizona will not be required to do so. The extra $300 comes on top of Arizona's miserly $240-a-week unemployment benefit. Hundreds of thousands of gig workers and others involved in non-traditional jobs, who were eligible for the $600 a week under the expired federal program, will not be eligible for this program.

PAC-12 CANCELS FALL SPORTS. The Pac-12 Conference unanimously voted last week to postpone all sports competitions through the rest of the year, with an eye toward pushing fall sports like football to the spring. The announcement, which was unveiled during a Zoom call by Commissioner Larry Scott, came hours after the Big Ten Conference announced a similar decision. Scott said the communal spread of the COVID-19 coronavirus was still too rampant to risk players' health. During a call with reporters, Scott discussed his desire for all fall athletes to maintain their current year of eligibility, while maintaining their scholarships as well. Scott addressed the realities of the virus, saying that holding events in a "bubble," where student-athletes are isolated from the rest of a given campus, was not realistic.

Bars and nightclubs that serve food must remain closed as long as the spread is substantial but can open 50 percent capacity once spread reaches moderate or minimal levels as long as they implement ADHS mitigation requirements. ■