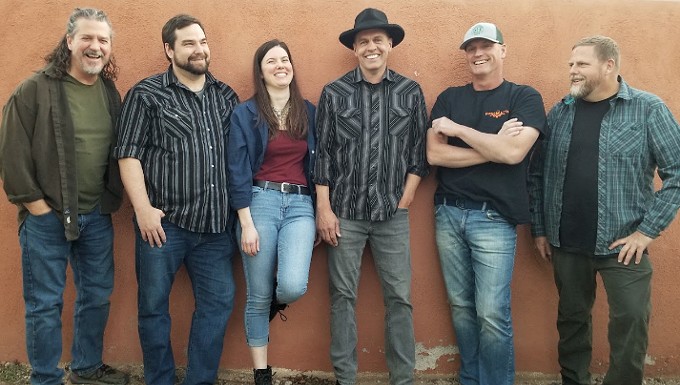 It doesn’t take a lifelong Tucsonan to fully appreciate and understand the Sonoran Desert—20 years should do that just fine. On the new album Southland, the Craig Green Band explores the views, people and stories of Tucson through country and rock.

Southland is the seventh album Green has released, and contains the largest scope of any project, with dense instrumentals and guest musicians from multiple local songwriter circles. The Craig Green Band is hosting an album release party at Monterey Court Studios on Friday, March 25.

Despite the album’s title, geography never takes a front seat on Southland. Green explains that his songs are always driven by his own experiences, and often focus on relationships and individuals. However, songs like “Driftwood,” “Pinetop” and “Hermosillo” are rich with borderlands influence and imagery, helping flesh out the world of
Southland.

Craig Green Band’s last album, Flyboy Serenade, released in 2019 and it’s safe to say much has changed since then. For the band, this resulted in a larger lineup and more intricate songwriting than previous records.

“Flyboy Serenade was a simpler record in a lot of ways, and this record just has a lot more going on. There’s more orchestration to the songs, and it’s more ambitious instrumentally, and there’s more musicians involved,” said Green, who explains that Southland may have released a year earlier if not for the pandemic. “I couldn’t do a big album release at the time, and it took the wind out of my sails to do a quiet release. Because I love the process, as a celebration of finishing a record. It makes sense to me to have a party.”

Aside from Green on vocals and rhythm guitar, Southland features Rachel Okpisz on vocals, Chris Allison on lead guitar, Stefan Jöckel on bass, T Greg Squires on drums and multi-instrumentalist Mike Sadler. There are also a handful of local guest musicians featured on individual tracks.

Green says the band has gradually grown over the years, and this naturally led to a fuller sound and more complex instrumentals. A shift from his roots, the songs on Southland now feature warm layers of guitar, Hammond organ, banjo, trumpet, lap steel and more. But perhaps the most important change from his earlier albums are Green’s vocal exchanges with Okpisz, present on nearly every song.

“She and I developed a special chemistry on the last record. She’s a crucial part of the band and such a great singer,” Green said. “We’ve gotten to where live, we’ll have seven or eight people up there, and that’s always fun to be a kind of wall of sound. So we’ve definitely grown in that direction over time.”

Although Southland is mostly filled with energetic country rock ballads, there’s enough change to keep it from being homogenous. The song “Madness” is an optimistic look at the pandemic, “Atlantic City” is a Bruce Springsteen cover, and “Hermosillo” blooms with sudden horns.

“I do love Tucson so much, and can’t imagine living anywhere else now. The record’s definitely got a lot of references to my life here. The record is reflective of our experiences here. Except for Rachel, we’re all from elsewhere, which I guess is not atypical. But we’ve all embraced this place,” Green said. “The imagery of this area is certainly reflected. Everything we experience here in Southern Arizona and into Mexico has an impact. But hearing local bands has definitely influenced me. People like Joe Peña and Stefan George show how talented folks here can be.”

One of the album’s standouts, “Lit the Gasoline,” is a ballad filled with personal visions of rosaries, car crashes and cliffs, which Green explains is about a breakup.

“At this point, all my songs are my experiences,” Green said. “And this song is about the two sides of a breakup, how each party feels slighted and upset. So that’s why the verses trade off, to share their own perspective. And it’s not assigning right or wrong to any party, but just showing how each party feels their own way.”

Craig Green Band will celebrate the album’s release at Monterey Court Studios and Café, a music venue with a strong community of local blues, rock and country acts. Green and his band are regular performers at Monterey Court, and he says the associated bands often support and inspire each other.

“We’ve had so many great shows with people over there, and they were especially helpful during the pandemic being an outdoor venue,” Green said. “We all go so well together and collaborate. There’s a lot of cross-pollination that
happens.”