It might be Vanessa Hudgens' finest hour, but that doesn't make Gimme Shelter worth seeing

All Disney kids grow up eventually. From the 1990s Mouseketeers with Britney Spears, Justin Timberlake, Ryan Gosling and Christina Aguilera to the cast of High School Musical, the performers become young adults and they look to break from their past. So there's Britney declaring she's not that innocent at age 17, Miley Cyrus devolving or evolving—depending on your perspective—to twerking and candid admissions of drug use, and Zac Efron, a legitimate triple threat, never being able to shake his good boy image even after a stint in rehab.

Vanessa Hudgens was Efron's co-star and girlfriend during the High School Musical days, and she had a leaked photo scandal once upon a time. But she's doing her growing up these days by choosing more mature and challenging roles on screen. Last year, she appeared in Harmony Korine's Spring Breakers, if nothing else an embodiment of Disney stars shrugging off their wholesome reputations. And now Gimme Shelter offers her a chance to take the next step and show us what she's made of.

As Agnes, who prefers to be called Apple, Hudgens is pretty strong. She's 16, a runaway, a kid bounced from foster home to foster home because her mother (Rosario Dawson) is an abuser and drug addict. As a last resort, she scrambles to a tony section of New Jersey to find the biological father she's never met. Tom (Brendan Fraser) is a Wall Street bigwig, a guy who certainly has the resources to help Apple and even the compassion, or at least the guilt. But Tom has his own family, too, and a volatile pregnant teenager doesn't complement that very well.

Apple takes off again, this time resorting to sleeping on the streets and eating whatever discarded food she can find. After she wrecks a stolen car, she wakes up in a hospital, an imposing priest at her bedside. Father Frank (James Earl Jones) tries to be a calming influence and recommends a nearby shelter that specializes in giving pregnant teens more comfortable surroundings for their big life change. There, Apple can be safe from her mother, safe from the streets, and make friends for the first time in her life. That these friends have experience with similar obstacles can only help.

Without referencing the entire Vanessa Hudgens oeuvre, this is likely her best piece of work. It veers toward the extremes a lot of the time, but even then it's still clearly part of the same character; none of the outbursts or the vulnerabilities seem foreign to Apple. And a lot of those swings are dictated by situations the screenplay puts the character into, anyway: Violent confrontations with one's mother or sleeping in cars and eating trash are extremes no matter what your training as an actor tells you. Hudgens hides her face behind a glob of dirty, stringy hair. Her defensiveness seems well-worn and natural, and it's an easy performance to buy.

Rosario Dawson, the only other principal who has a lot to do beyond recitation, plays an extreme, too. Her character is largely one-dimensional, drugged out of her gourd and angry that her daughter has left her. She's ferocious in the role, but it either needs to be incorporated into a couple of more scenes or show a few more sides to make much of an impact.

Writer-director Ronald Krauss reportedly spent a year living in a shelter for pregnant teens, cobbling together the plot and characters for this project from strands of multiple stories. It's a pity that Gimme Shelter hits the one-hour mark before ever bringing them up. Instead of exploring more of that situation and the personalities in play, he devotes some serious screen time to how Apple winds up there in the first place. Then, all of a sudden, she seems to see the light at the end of the tunnel.

A good companion piece to this film—or one to watch instead—is Short Term 12. Released last summer and featuring a beautiful performance by Brie Larson, it depicts life in a house of troubled teens and relies on more than just providing kids a stable home to get their personalities and psychologies figured out.

That's missing here. The theme is not very penetrating, running up the flagpole the notion that a kid like Apple, who will soon have the responsibility of a baby of her own, can forever turn a corner with no education, no job training and a deep history of abuse and mistrust. As feel-good stuff, sure, it's a nice message. But why have gritty real-life situations if the payoff doesn't follow those same rules?

Gimme Shelter is not showing in any theaters in the area. 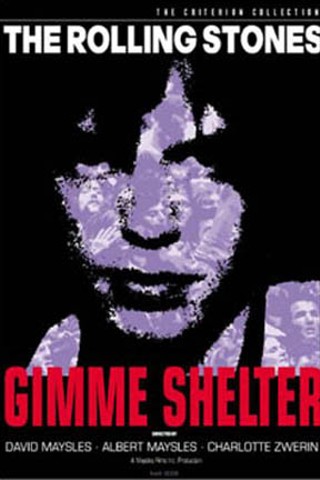