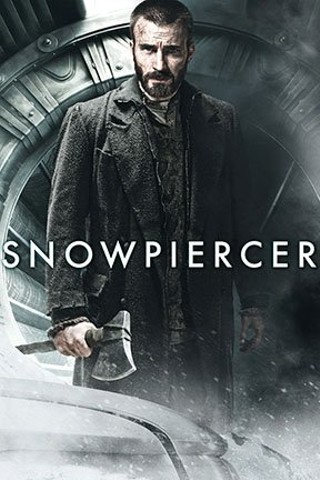 Snowpiercer is a two-hour treatise on income equality and global warming, set aboard the none-too-subtle metaphorical vehicle of a speeding train. But it’s also a really violent dark comedy with a show-stopping performance by the typically uncanny Tilda Swinton as a mid-level bureaucrat with evil intentions. That’s a lot to take in, and there’s no small irony that the man fighting against all this top-down socioeconomics is Chris Evans, better known to the world as Captain America. That the points in Snowpiercer actually require thought that extends beyond merely processing the plot and screenplay speaks well of director Bong Joon-Ho’s first wide release in the states. He’s able to make films about larger, even global problems, and make them exciting action films (see also: The Host from 2006). This is one of the more unique movies of the year, and one of the really good ones.
By Colin Boyd

Snowpiercer is not showing in any theaters in the area.