The gun opera that is the John Wick franchise keeps on rolling and shooting with gory gusto, and some great dogs to boot.

When we last saw Keanu Reeves as John Wick, he had himself a little time before getting excommunicated from the assassination club The High Table and all its perks. His killing a fellow assassin within the walls of the Continental Hotel means no more room service or dog sitting. He's got a multimillion dollar bounty on his head and no place to kick his feet up.

John Wick: Chapter 3-Parabellum picks up right where the last one left off, with a battle weary Wick running in the streets, putting distance between himself and the hotel and trying to figure out his next big move. As for the level of action in this chapter, it makes the fun Chapter 2 look like a sleepy intermission.

I'll just say this right up front: John Wick gets no time for rest in this movie, and he seriously gets his ass kicked while kicking ass. Credit Reeves for playing this part perfectly, on a level where we can believe that this dude who keeps getting stabbed and shot can turn on his power afterburners and keep shooting people in the face.

Wick basically runs from one action set piece to another, with returning director and former stunt coordinator Chad Stahelski making each of those set pieces a thing to behold. A gun battle inside a weapons museum counts as a franchise highlight, as does Wick's gunfight atop a motorcycle.

And, yes, dogs play a major role in the shenanigans, which makes this dog person very happy. Wick's travels take him to fellow assassin Sofia (Halle Berry) looking for assistance. Sofia has two German shepherds who get into the action during a gun battle and, let's just say, they add an interesting element of violence to the proceedings.

Stahelski isn't just a master of human stunts as things turn out; he's totally capable of getting badass performances out of canines, too. Wick's beautiful pit bull does have a place in the film, so those of you who have missed that pup will be pleased.

As for Berry, she may've missed her calling all these years. She's beyond awesome in this movie, a veritable action star who actually outshines Reeves during her major battle scene. I'm calling for a Sofia spinoff right now!

As good as Berry is, the best supporting player in the film is Mark Dacascos as Zero, a sushi chef/assassin who goes up against Wick while also having feelings of hero worship for him. He's the funniest thing in the entire franchise.

Another stop along the way has Reeves sharing screen time with Anjelica Huston as The Director, a stern Russian who talks dirty business while punishing ballerinas. Huston hasn't been this much fun on screen in years. Laurence Fishburne returns as the Bowery King, so the coolness of that Matrix connection continues.

As for Parabellum's place in the series, I'll go ahead and call it the best in the franchise after the original. So, it's the best sequel so far. It's got the largest scope, and Stahelski and Reeves continuously top themselves with each action feat and gun ballet. Stahelski is making a serious run at being one of cinema's all-time best action directors. You really feel every shot, every hit, and every fall in this movie. The action scenes have a major clarity to them, with crisp and concise editing that makes it very easy to follow the mayhem. It's all insanely beautiful.

This chapter, like those before it, ends with a big cliffhanger, so it's a safe bet the story will continue. Like the character himself, this money train won't be bleeding out anytime soon. 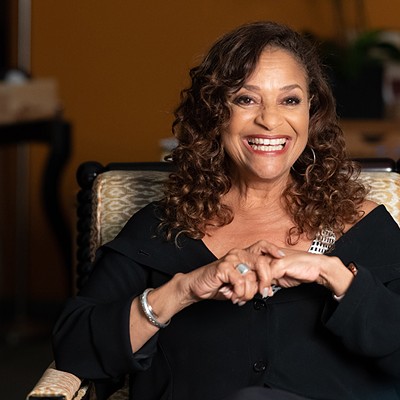