A suspicious Phoenix zoning situation may imply some foul play 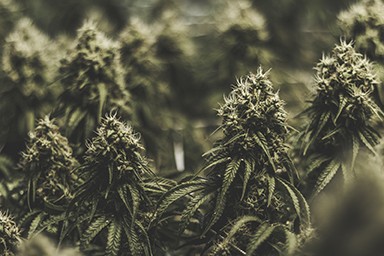 Arizona's medical marijuana industry is a battleground. With one of the highest patient-to-dispensary ratios in the country, the stakes are high when it comes to getting into the cannabiz.

Back in 2010, the first licenses were awarded in a lottery, leading to some owners, like Vicky Puchi-Saavedra at Earth's Healing, to take out multiple leases and applications just for a shot at the bud boom.

Getting zoning approval for a cannabiz in Arizona is hard enough as it is. Forget the $5,000 application fee and the stiff competition, finding the right location is a task in itself.

Now it seems like someone in Phoenix is trying to bend the odds in their favor with some tricky tactics twisting on the city government's structure.

In Phoenix, the process for a dispensary application involves a hearing for a special-use permit before a city hearing officer.

Earlier this month, a "group" of four people successfully stymied three marijuana zoning applications in Phoenix, while appealing to allow another to pass, the Arizona Republic reports.

The appeals went through a little-known Board of Adjustments composed of seven volunteers.

These appeals were pretty fishy, containing apparently fake addresses and numbers. The lawyers representing marijuana facilities whose applications were ultimately denied accused them of "fraud, forgery or deceit," due to the similarities in language, reasoning and circumstances.

But the kicker is that this same group appealed a decision against a dispensary application as well, getting the Board of Adjustments to allow the business to open when the hearing officer denied the request.

Villasenor and Ressler apparently paid for the applications while Nunez did the footwork.

Nunez was indicated in each of the four appeals and has at least a couple criminal charges for forgery and "fraudulent schemes" in the past, including trying to transfer $20,000 to her own bank account from a credit-card machine at a hotel where she worked.

Nunez opposed three dispensaries opening in west Phoenix while advocating for one in north-central Phoenix.

At this point, only Villasenor, Ressler and Nunez stand at the end of the accusations. But the question lingers whether someone trying to break into the business has orchestrated a scheme to his or her benefit.

Shortly after accusations against the group were filed with the city, Phoenix Mayor Greg Stanton replaced four members of the Board of Adjustments but would not comment on whether they were tied to marijuana business appeals.

Three had expiring terms and one asked for a resignation, leading to potentially circumstantial concerns about city government.

Still, if someone was, or is, trying to mess with the Phoenix market, it won't last long. The city has opened up an investigation, and if there's a paper trail, whatever advantage was hoped to be gained will go up in smoke.