Singer Andy Grammer is keeping his head up 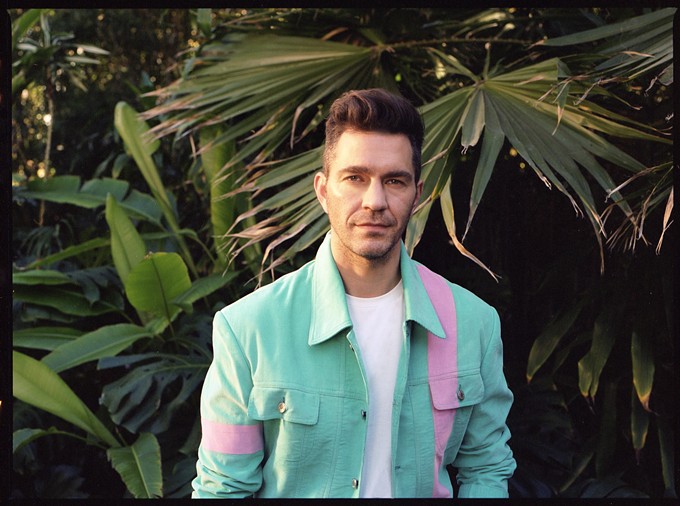 Pop star Andy Grammer is known for songs like “Keep Your Head Up” and “Honey I’m Good.” But during the COVID-19 quarantine, he wasn’t all that great.

“The pandemic kicked my (butt),” he said. “It got me into therapy. I had to deal with all the fun discoveries that therapy would give you.

“I used to get all of my self-worth from external forces. I thought I was better than that. I wasn’t at all. I had to take stock of myself.”

He took those discoveries and turned it into the single “Love Myself.”

“I wrote a love letter to myself,” he said. “It was awkward. I like the song a lot and I like what it does for other people. So, it was worth it. This self-love stuff is hard and feels strange.

“That song doesn’t make me feel cool. It’s a generosity I don’t think was there on the first record. I don’t do the self-worth thing to be generous. The new music is more about awareness and less about pretending to be a certain way or peacocking. It’s about, ‘This is where I’m at. I hope it’s important to you, too.’”

Nevertheless, Grammer is adored. Set to play the Fox Tucson Theatre on Sunday, Aug. 28, Grammer performed a co-headlining gig with Gavin McGraw at the Arizona State Fair in 2016. Fans responded to his energetic stage presence by singing along to even the deepest cuts.

Although “Keep Your Head Up” is 12 years old, it still sounds fresh. Grammer said he doesn’t really aim to write timeless songs, but he’s thankful they still have legs.

“I think it’s because I’ve never exactly been the fad, which has its ups and downs,” Grammer said.

“I just stick with what’s working. I think people are into what I sing about, and they aren’t into it because I’m trendy. My fans keep riding.”

The multiplatinum singer-songwriter gave fans a peek into his tour with the music video for the single “Joy,” which was filmed during the first leg of his “The Art of Joy” run.

The track follows his single “Damn It Feels Good to Be Me,” which hit Top 15 on adult pop radio, and “Lease on Life,” a companion piece to “Love Myself.”

His new tracks are building toward a bigger vision for his fifth full-length album due out later this year.

“It’s been very fun to get new stuff out there,” he said. “The show itself has a decent number of songs that people haven’t heard — just enough. It’s the right balance.”