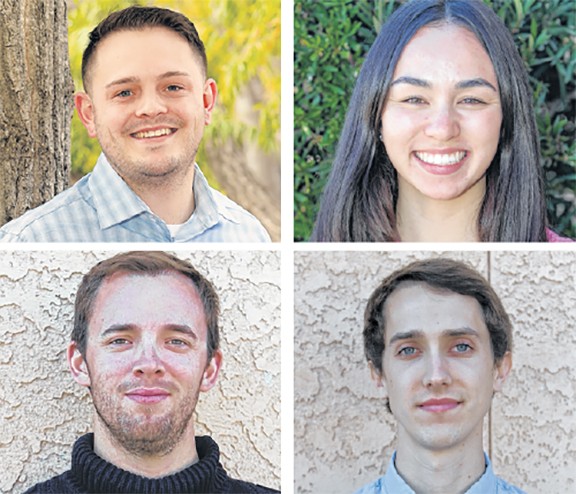 The papers compete against non-daily newspapers with a circulation of 10,000 or more.

Associate Editor Jeff Gardner won first place in the Best Feature Story for "Brewski Benefit," a story about how a group of breweries teamed up to raise funds for one of the owners of Crooked Tooth Brewery. Gardner also took top honors in the Best Sustained Coverage category for his stories about the UA's OSIRIS-REx asteroid-hunting mission. He also claimed third place in a headline-writing category.

Tucson Weekly columnist Brian Smith, whose work has been collected in Tucson Salvage: Tales and Recollections from La Frontera, took first place for "Billy Sedlmyer: Bowed But Unbroken," a profile of the local singer-songwriter who has battled drug addiction but who has resumed his career since his release from prison. Smith also completed the Weekly's sweep of the Best Feature Writing category with his third-place finish for an article profiling Salvation Army bell ringers.

Longtime Tucson Weekly arts writer Margaret Regan won third place in the Best Column, Feature or Criticism for "Up Close and Personal," a review of Richard Avedon's work at the Center for Creative Photography.

Sports writer Christopher Boan won second-place honors in Best Sports Beat Coverage for his coverage of high-school football and in the Best Sports Column category for his column The Weekly Take.

Former web editor Tirion Morris took second place in the Best Feature Story category for "Nostalgia on the Move," a look at a local food truck,