The French have the nerve to make a film about a gay guy who's dying of something other than AIDS!

Opens Friday, Nov. 3, at The Loft Cinema (795-7777).
Time to Leave (Le Temps Qui Reste)
François Ozon
Melvil Poupaud
Jeanne Moreau
Christian Sengewald
What the merde is wrong with the French? First they invent crotchless panties, then they refuse to support our illegal war in Iraq, and now they make a movie about a gay man who's dying of something other than AIDS!

Because, come on, if Hollywood has taught us anything, it's that when a gay man dies, he dies of AIDS. Also, he should display nobility, and his death should be a metaphor for a simplified political agenda.

But in Time to Leave, Romain (Melvil Poupaud) is not only not dying of AIDS; he's dying of cancer, which is what straight people get to die of with nobility and grace. Furthermore, instead of having a chaste and respectable air worthy of a great actor like Tom Hanks, Romain actually has hot, naked gay sex with his young lover, Sasha (Christian Sengewald). I mean, if I want to see extremely trim and fit men touching each other in a loving and passionate manner, I'll download Ralph Reed's hard drive.

Anyway, Romain is a photographer, and one day, he passes out and wakes up in a melodrama. His doctor tells him he has a few months to live, so he goes home and looks in the mirror and sees himself as a child.

That was the first part of the film that made sense to my highly cultured American sensibilities: People who are about to die should always see metaphors when they look in the mirror.

From there, the film traces Romain's journey to death. It's mostly a disconnected series of vignettes: Romain breaks up with his boyfriend; Romain buys some coke; Romain is cruel to his sister; Romain sleeps next to his naked grandmother. You know, the kind of stuff we all do when we're drunk or ambitious or European.

Much of Time to Leave is sad, which makes sense, since it's about a guy dying, even if that guy is gay. But what's more interesting than some of the facile sadness in this film is the humanity of the cruelty that Romain perpetrates.

He's basically not a nice person. He doesn't love his boyfriend; he makes fun of the fashions that he has to shoot; he tells his rather sweet and loving family that they're too ugly to be photographed by him.

Romain, though, is incredibly beautiful, and director François Ozon is well aware of this. Cinematographer Jeanne Lapoirie is also aware of this, and she makes excellent use of his chiseled features. In fact, the film is beautifully shot, with virtually every standard pretty shot included: the sun setting on the beach over Romain's form; a highly informative shot of Romain in the distant background and his sister in the foreground as they sit in a park; medium shots of the perfectly lit bodies of Romain and Sasha as they do things that are forbidden by the book of Leviticus, etc.

The cinematography is pretty much everything except inventive, though that's not exactly a requirement for good cinematography. Still, it marks the main weakness of Time to Leave, which is that, in spite of Romain's interesting shallowness and cruelty, it partakes of a lot of the standard set pieces of a death narrative.

For example, Romain does become kinder and softer near the end, and he makes some efforts to repair his difficult relationships. Luckily, Ozon, who also wrote the film, is not mainstream enough to have everyone reach special hug feelings resolutions.

Instead, Romain's efforts at coming to closure meet with a kind of mixed success that's deeper and more emotionally resonant than a simple emotion like "love" could really express. And most impressively, he doesn't abandon his desire to die alone, which is how we all die anyway. That's one thing about the French: They're not big on kidding themselves. Or kidding anyone, really.

The brutal honesty would have played better if Ozon had avoided the sentimental device of having Romain's childhood self constantly appear, but the film is nonetheless refreshing and ultimately emotionally devastating.

The other major flaw with Time to Leave is that the best parts come in the second half. The opening is so preoccupied with establishing Romain's tragedy that it doesn't have time for much originality. But later, when Romain visits his grandmother (the always fabulous Jeanne Moreau), things start to open up.

While Romain has refused to tell anyone else about his sickness, he feels a certain connection to his grandmother since she, too, is close to death. Their scenes start his change of character, and while it's obviously an expected part of a film like this, at least the emphasis on his unrelenting independence isn't sacrificed for bathos.

The finest bits involve Romain's odd, late relationship with a waitress and her husband. Alienated from his family and determined to be by himself, he finds an interesting substitute for intimacy in a relationship that he could never have.

I can't fully recommend Time to Leave, but it does have an emotional force that draws from a different source than most American melodramas. Perhaps, in spite of our noted military, moral and pro-wrestling superiority, the French still have something to teach us. Perhaps. 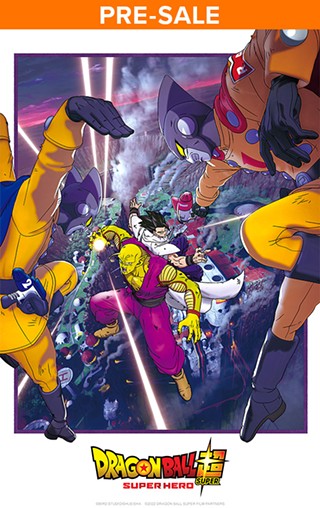