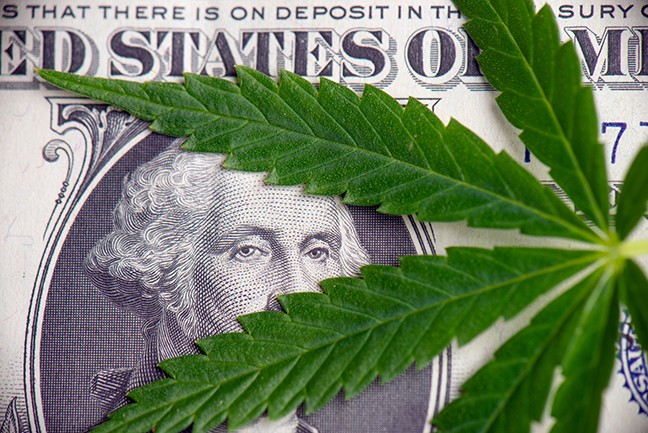 They say, "You get what you pay for." Well, don't tell that to Arizona's medical marijuana community or its advocates.

Since voters approved the use of medical marijuana in 2010, via the Arizona Medical Marijuana Act, the state-run program has been hampered by legislative delays and hiccups, including the high price for obtaining/maintaining legal certification.

Almost a decade later, the curvy woman has yet to harmonize about the battle over patients' annual fees.

Currently, the annual fee to obtain/maintain a medical marijuana registry identification card is $150. Patients who qualify for the Supplemental Nutrition Assistance Program, the federal food assistance plan for low-income families and individuals, may be eligible to reduce their annual fee to $75.

But on top of the state's fee, every year patients are required to have a doctor fill out a medical marijuana physician certification form.

In Pima County, it costs at least $99 to visit one of Tucson's three medical marijuana certification clinics.

Arizona's annual fees rank as one of the highest among the 33 states throughout the U.S. that have OK'd a medical marijuana program.

What has many people peeved is, the Arizona Department of Health Services, which runs the statewide program, is resting on a sizable budget surplus. For FY 2018, the state carried over more than $33.7 million for Arizona's medical marijuana program, according to DHS documents.

So in February, AZMarijuana.com launched a petition to lower the annual fee to $30. By publication time, the petition had received 6,110 signatures, inching toward its 25,000 person goal.

As someone who has been involved with the statewide push to make medical marijuana a reality since its inception, the No. 1 complaint is the exorbitant cost to participate, said Dan Kingston, marketing director at AZMarijuana.com. (Kingston works under a pseudonym.)

Not only do the annual fees add up, health insurance doesn't cover any costs related to medical marijuana treatments, Kingston said.

"Fortunately, the cost of medicine at dispensaries is decreasing over the years," he said.

The assumption that many held, he explained, was the state would eventually lower the annual costs after the first few years.

After multiple failed attempts by lawyers to lower the fee, plus years of waiting for the Legislature to act, the folks at AZMarijuana hope an official public outcry may make some headway, he said.

Kingston further said the state is taking in far more money than it costs to effectively run the program. And there's no explanation or transparency regarding why DHS is bolstering this nest egg.

"Now, they're sitting on a humongous surplus ... no one knows what they're doing with it and it's supposed to be used to better the medical marijuana program," he said. "We'd like to see it go back into the program and improve it, primarily with lower card fees for patients and caregivers."

Lowering the fees could expand the program and give more Arizona residents an opportunity to utilize natural medicine in order to avoid buying into the pharmaceutical industry, he said.

Investing in Arizona's medical marijuana program, even indirectly via slashing fees, could benefit both the people and the state's bottom line.

In the meantime, pot patients have a few allies in Phoenix, including Rep. Randy Friese, D-Tucson, who was able to add an amendment onto a testing bill that amends the law so that patients only have to apply for a card every two years. As of the Weekly's press deadline, Gov. Doug Ducey had not signed the SB 1494, which passed in the final days of the session.

But Kingston said that if the bill becomes law, it could provide a lot of relief for MMJ cardholders.

Pamela Powers Hannley, D-Tucson, sponsored multiple bills that would reduce the financial burden for medical marijuana patients, but none of them gained traction.

A few "activist" county attorneys throughout the state try to paint a picture of young men cheating the system, which is far from the truth, Hannley said.

"I know a lot of people who are over 60 in my district who have medical marijuana cards," she said.

Of Arizona's 197,025 medical marijuana patients, roughly 24 percent are 18 to 30 years old, according to DHS statistics released in April.

She further said her constituents who are certified patients come from all economic backgrounds. "People like medical marijuana and they think it should be more affordable."

While there are some Republicans who are willing to step into this century over the idea of medical marijuana, she said, many lawmakers are still blinded by "reefer madness."

Ironically, prominent Arizona Republicans such as former Gov. Fife Symington, whose son entered the grower industry three years ago, are now connected to the medical marijuana industry, she said.

"But we have people in the Legislature who are looking at it in this puritanical way—that's the roadblock," Hannley said.

Come November 2020, Arizona voters may be asked to legalize recreational use, which would eliminate the need for state certification altogether.

And politics can be a waiting game, where you either need to hang back and watch your opponent err, or simply allow their antiquated mindset time to fade.