There was a time when Jim Stahle felt his stint as Sahuarita town manager was running short. Then 10-plus years went by.

"In this business, you can't help but assume you're going to have to move on someday," said Stahle, who became town manger in June 2001 after two years as Sahuarita's planning director. "I always made sure to keep my family prepared for the change."

Stahle's nearly 12-year run as Sahuarita's top nonelected official ended this week, a move that had been in the works since last June, when the Town Council, in a surprise move, voted to not renew his contract. Stahle, 58, had been employed on a rolling two-year contract that was essentially rubber-stamped for approval most years. But in 2012 the council came out of an executive session one day and voted unanimously to cut ties with Stahle, effective June 30, 2013.

"They gave no reason," Stahle said of the decision, which he said shocked him at the time. But he said that the fact that he had a year to prepare for his departure made him feel "blessed" because it enabled both him and the town to take their time transitioning.

Sahuarita made the first move on April 8, hiring Pinetop-Lakeside Town Manager Kelly Udall as Stahle's replacement. A week later, Stahle was hired as city manager of the south-central New Mexico community of Alamogordo.

Stahle starts his new job May 20, a week after Udall takes over in Sahuarita.

The Alamogordo gig ended a whirlwind nine months in which Stahle interviewed for more than a dozen jobs in towns spanning from California to Texas. And while he was job hunting, Stahle still had to oversee the day-to-day operations of Sahuarita, which has continued to grow despite the economic downturn that's ravaged Arizona the past five years.

Sahuarita had a population of 3,282 in 2000; the town's planning department's estimate for 2012 was 26,084. In between, Sahuarita has gone from having one four-school educational complex, zero parks and no stoplights on its main drag to seven schools, three parks, a lake and five stoplights in a two-mile stretch of Sahuarita Road.

"Nobody could have expected this kind of astronomical growth," Stahle said, speaking last month from his office in the $17 million municipal complex that opened in 2008. "We grew exponentially. At times, we were issuing 200 building permits a month. And we went from a quad-wide trailer to this wonderful facility."

The growth isn't that rapid now. But unlike many similar communities in this state, Sahuarita didn't feel the bottom drop out when growth slowed. That was by design, said Stahle, who characterized his approach to budgeting over the years as "stubbornly conservative."

"We knew (the growth) wasn't going to be perpetual," he said.

It helps that Sahuarita continues to be anchored by a pair of massive master-planned communities—one focused on families (Rancho Sahuarita) and the other (Quail Creek) catering to seniors—that make up a vast majority of the town's population. Not surprisingly, those areas also provide most of the constituent influence, with most of the current Town Council members residing in one community or the other.

Such influence has also led to some clashes, especially on the Rancho Sahuarita side. Developer Bob Sharpe is both one of the town's top benefactors (North Santa Cruz and Sahuarita Lake parks were turned over to the town after Sharpe and Associates built them) and one of its biggest adversaries. Sharpe owns nearly all the land in what is now the Sahuarita Town Center, leading to a fair share of disagreements between his people and town officials over the years.

To put things in perspective, the Rancho Sahuarita Specific Plan was approved in 1995, a year after Sahuarita was incorporated and several years before any rooftops resulted from the project. The 11,000-home community is barely half-completed and there is still plenty of commercial space to develop.

"He has had some influence, no question," Stahle said of Sharpe, using his best diplomatic voice. "But he's a businessman. Wouldn't you expect him to look out for his best interests?"

Stahle said his departure from Sahuarita comes at the perfect time personally, as all five of his children are now out of the house. But he said that from a professional standpoint, he had hoped to see the town's efforts to annex thousands of acres of state land on the east side completed. He also wanted to be there to see how Farmers Investment Co. plans to convert its massive pecan groves into residential and commercial property.

Stahle expects the remaining leadership to handle those tasks admirably and to continue to keep Sahuarita what he calls "a handy complement to Tucson.

"We're far enough away to not feel like we're in Tucson, but we're still close enough," he said. 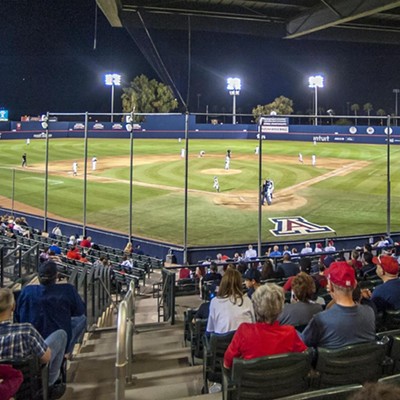 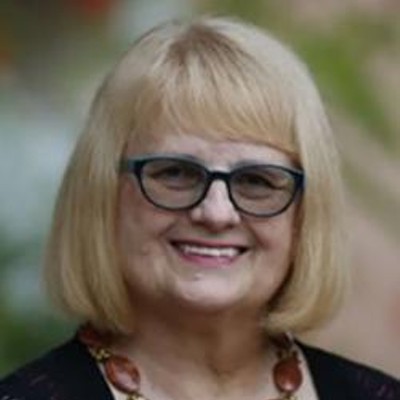