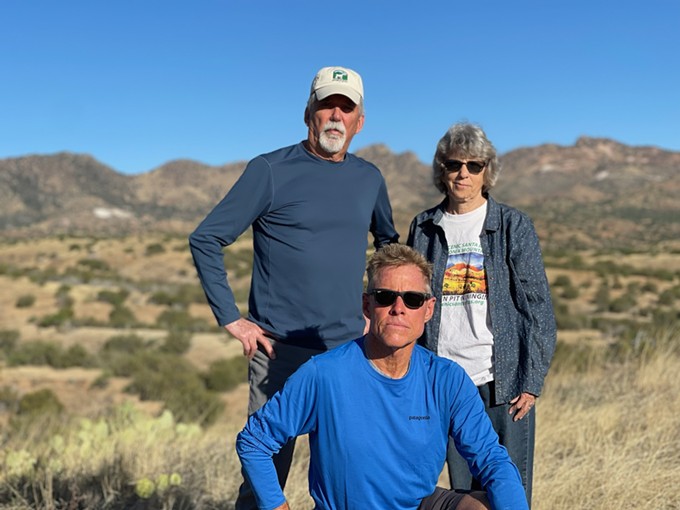 The May 12 ruling by the U.S. 9th Circuit Court of Appeals that blocks Toronto-based Hudbay Minerals from dumping waste rock and tailings from its proposed Rosemont Mine on Coronado National Forest land is a major victory for conservation groups and for preservation of sacred Native American sites.

Hudbay’s plans to construct a mile-wide, half-mile deep open-pit copper mine in the Rosemont Valley in the eastern side of the Santa Rita Mountains, 35 miles southeast of Tucson, will not move forward, for the time being.

The landmark appellate court ruling has far-reaching implications for protecting our public landscapes, sacred sites, and a vital source of water that recharges aquifers in the eastern Tucson basin. The ruling also deeply impacts mining on public lands throughout the American West.

The 9th Circuit ruling upheld a 2019 District Court decision in Tucson, asserting that Hudbay did not have valid mining claims on the Coronado National Forest land where it intended to dump nearly two billion tons of waste rock and tailings that would stand at least 700 feet high and cover an estimated 2,447 acres.

As a result of that 2019 decision, Hudbay shifted its focus from the east to the west side of the Santa, which is drier, warmer, and has a larger share of private lands. Hudbay has purchased many of those private landholdings, some of which were established from mining activity in the late 19th and early 20th centuries. This west side, or what Hudbay calls “Copper World,” sits within easy view of living rooms and front yards in Sahuarita, Green Valley, and the Quail Creek community. In a late-March press release, Hudbay said it plans to mine seven deposits spread across four miles of private land, dumping waste rock on property it claims is not subject to federal jurisdiction.

Hudbay began aggressively clearing earth and building roads and pads across the Copper World area last month, principally to prepare for three waste dumps and other infrastructure. Its bulldozers have constructed berms across several ephemeral streams and the company has cleared an area that would potentially be an immense storage area for waste rock.

Hudbay is taking this action without approval from federal regulators, including the U.S. Army Corps of Engineers. We believe Hudbay must obtain a federal Clean Water Act permit before it destroys this major system of tributaries that connect to the Santa Cruz River. A coalition of conservation groups, including Save The Scenic Santa Ritas, and three of Arizona’s Native American tribes have filed motions in District Court to obtain a court order that stops Hudbay from further destruction of air, water and natural corridors for wildlife and human recreation.

As testimonial to its reckless abandon, Hudbay is moving forward with this wanton destruction of Copper World habitat before it releases preliminary economic assessment and a pre-feasibility study required under Canadian securities law. According to Hudbay’s public filings and investor briefings, Hudbay must still complete these costly studies before undertaking the project. Canadian securities law requires these reports to be publicly disclosed, under national standards for disclosure of mineral projects.

Save The Scenic Santa Ritas and like-minded citizens and organizations want to know why Hudbay has commenced to bulldoze and clear habitat in Copper World without knowing what its investors think of the mine’s economics and feasibility. While we may lack direct access to Hudbay’s boardroom conversations of the project’s viability, we can only conclude that corporate greed is driving the present cycle of destruction.

Save The Scenic Santa Ritas has consistently opposed Hudbay Minerals’ mine proposal since it purchased the mining claims in from Augusta Resource, another Canadian mining company, in 2014. We will continue to monitor developments and to fight with every tool in the toolbox to stop the wanton destruction of the Santa Rita Mountains. We will be living here in 20 years, when the proposed mine project would cease. Residents and taxpayers will be saddled with toxic tailings, adverse air quality impacts, depleted groundwater, contaminated runoff, and disconnected corridors for wildlife and recreation through a mountain range that is sacred to Native peoples and hosts four major passages of the Arizona Trail, an 810-mile national scenic trail.

A short drive from Winkelman to Superior, or from Safford to Clifton-Morenci reveals what Arizonans know too well to be true: mine waste will be ours and the mining company will be long gone. The Rosemont/Copper World projects that Hudbay is seeking to develop are a terrible deal ecologically, spiritually and economically. Public lands rightfully belong in the hands of future generations of all Americans, for their enjoyment and contemplation. These natural values, and a nature-based economy, provide far more economic benefit than do the short-term gains that are projected to benefit shareholders and finished-copper consumers outside of the U.S.