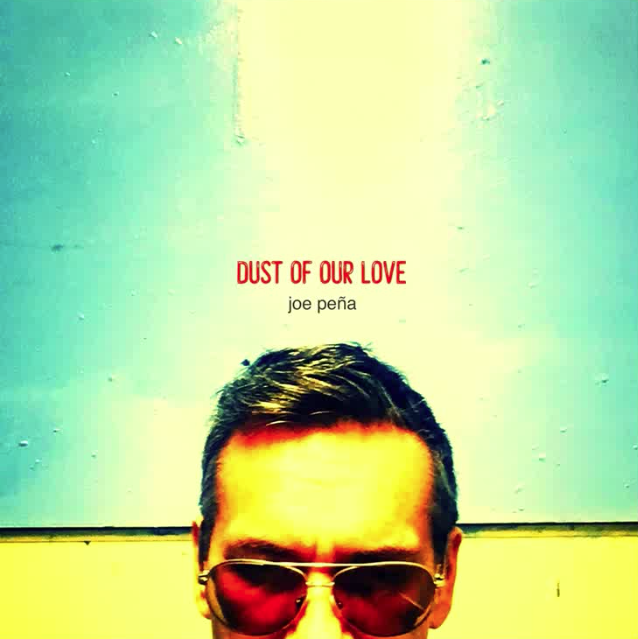 When Tucson folk comes to mind, so do images of the Sonoran sunset, dusty cacti, orange-tinged mountains and the vast blue skies. But Joe Peña's debut album, Dust of Our Love, challenges this notion. The sliding strings and rough vocals are indeed there, but they're surrounded by dark storytelling, curtained walls and the ghosts of lost love.

Although this is Peña's debut solo release, his musical history begins far from this album. And if you've been paying any attention to Tucson's music scene over the past few decades, you'd already know that. Peña sings and plays guitar for Greyhound Soul, a local desert rock band that has consistently released records since the mid-90s. So it should come as no surprise that big local names like Gabriel Naim Amor, Liza Byrne, Bruce Halper and Mike Semple all lent a hand in the creation of Dust of Our Love.

The first track, "Stuck in the Mud," plays like if Tom Waits was inspired by the Tucson sunset, as opposed to the humid Midwest alleyways. There's a dark elegance in Peña's voice, set over dusty strings being rhythmically strummed. Even if the lyrics themselves didn't depict gloom and hopelessness, the instrumentation tells you all you need to know. The vivid imagery simply cements it: "Swim for the shallows to find yourself drowning / Stuck in the mud all alone."

The second track is a beautiful curveball, however. "The Ghost/Lochness" is a haunting lullaby creeping just over two minutes in length. Its sparse guitar and whispered vocals could be devastating, if the duetted lyrics weren't so sweet. Just as quick as it comes, it drifts away, transitioning into one of the album's brooding monoliths: "Sinner."

"Sinner" is one of four tracks that stretch beyond the six-minute-mark on the album. The song builds and builds, adding layers of strings and drums. The looming ambience wrapped up in Peña's storytelling is hard not to get wrapped up in.

Much of the album feels intensely personal, as it should be. Not only are the lyrics about intimate life struggles, but Peña had a hand in the entire process of creating the album: songwriting, performing, recording and producing. Many of the tracks play like warped journal entries or inner monologues set onto sheet music. For over an hour, his folk rock songs are adorned with cello, organ, lap steel and flute. And when instrumental segments play, they are given enough space to breathe and expand, eventually saying all they need to without words.

"Bad Man" is a rambunctious revelation. Behind layers of crooning keyboards and vocal distortion, Peña moves past the subtle difficulties previously mentioned in the album to admit his faults and tells the listener to deal with it, that's who he is.

The album closes with the gorgeous "Song I Wrote," a hallowed-sounding meditation of humming organ, cathartic drums and glistening strings that will leave you as emotionally raw as the musician himself.

Peña worked on Dust of Our Love for more than four years. His debut began as a series of songs he was working on by himself, but they gradually were re-recorded and fleshed out and developed into the atmospheric and cinematically gothic tracks found on the finished album. It could be seen as a breakup record, but it just as easily could be seen as a rebirth record.