Arizona says it lives up to law requiring transportation to school for foster youth, but can’t prove it 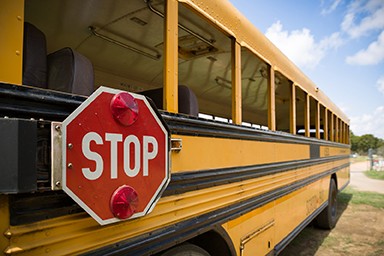 In Arizona, as in many other parts of the United States, school stability for foster youth is a significant problem. Forty-two percent of students in foster care switched schools during the school year, according to a 2015 West Ed report, and research has shown that each change costs a student at least three months of academic progress.

These frequent moves jeopardize the already dim academic prospects for foster youth in a state that is struggling to provide quality education to students in general.

A major federal law passed in 2015, called the Every Student Succeeds Act (ESSA), required states to solve the mobility problem for foster youth by December of 2016. It mandated child welfare and education departments work together to pay for transportation to a foster youth's "school of origin," defined as the school the student attended at the time they entered foster care.

Arizona claims to be in compliance with the requirement, and the federal government, in approving the state's plan, appears to agree. But after months of inquiries by The Chronicle of Social Change, it is unclear if Arizona is making good on the promise of the law's foster care provision.

Prior reporting by The Chronicle found that at least 10 states have either outright failed or are struggling in their implementation of the law. The situation raises questions about whether other states claiming compliance are truly ensuring a stable education path for foster youth.

The Every Student Succeeds Act replaced the Bush-era No Child Left Behind Act. In its breakdown of ESSA, Education Week said the act "rolls back much of the federal government's big footprint in education policy, on everything from testing and teacher quality to low-performing schools." It gives states much more leeway on testing, standards and intervention in low-performing schools.

Ensuring educational stability and fair access for disadvantaged groups of students—English-language learners, those with special education needs and kids in foster care—is one of the objectives of ESSA.

The law was designed to reduce the impact of foster care on a child's education in part by requiring states to allow these students to remain in their schools of origin even if they bounce from home to home. This includes providing transportation to and from school.

ESSA essentially instructed school districts to figure out, in tandem with child welfare agencies, a plan for transportation and how to pay for it.

But, in the lead-up to DeVos' approval, according to a U.S. Department of Education (ED) report from April of 2017, Arizona's ESSA plan was out of compliance with 17 of the law's 50 components.

Similarly, an analysis by the Collaborative for Student Success, a nonprofit aimed at improving public education, found that Arizona's plan "lacks details," especially on how subgroups of students, like foster youth, would be meaningfully incorporated into its accountability system.

"Overall, the plan Arizona submitted did not adequately address how it plans to use federal funds to help increase student achievement, increase options for students, or intervene in chronically low-performing schools," reads the 2017 report.

Transportation plans under ESSA were to have been implemented by Dec. 10, 2016. An analysis by the Chronicle of Social Change found that, of the 44 states who responded to an inquiry, 33 stated that they were in compliance with ESSA on the issue.

In approving Arizona's ESSA plan, the federal government did not find the state to be on the wrong side of the law's foster care transportation provision.

Arizona's Department of Education (ADE) reported as much to The Chronicle for its analysis.

"LEAs [local education agencies] and the Department of Child Safety are working together in collaboration to ensure that children in foster care are being transported to their school of origin when necessary," said ADE spokesperson Stefan Swiat in an email.

When pressed for evidence that this is happening, ADE cited the existence of plans and templates as verification of its compliance. According to Joey Taylor, foster care education coordinator for ADE, the templates are intended to capture a school's plan to provide transportation for foster youth, including logistics and funding.

But when asked to provide the transportation plans for the 10 local education agencies with the highest numbers of students in foster care, ADE was unable to do so. Swiat stated that some plans were still under review, and some were incomplete, as of March 2018—15 months after the original compliance deadline.

When asked if it could confirm that school districts in the state were transporting foster youth to their schools of origin, the state responded that the question was "nearly impossible to answer."

These six plans represent about 1 percent of the state's local education agencies. Only one of them was signed in time to meet the December 2016 deadline.

ESSA empowers states to determine their own accountability measures, to an extent. But whether those measures are being checked by the federal government or anyone else is unclear. Following the money spent on transportation for foster youth might be one way to do so. But Arizona Department of Child Safety (DCS) spokesperson Darren DaRonco confirmed that the agency doesn't track spending on transportation for foster youth on an individual basis.

"Sharing the responsibility of getting a child to and from their school of origin is worked out on an individual basis," DaRonco said in an email. "Some children are receiving transportation to the school of origin as part of their IEP [individualized education plan]. Others may be transported one way by the school with DCS providing transportation home, and that could come in any form, from the caregiver providing it or another trusted adult/carpool situation or use of a contracted transportation provider."

ADE's Taylor stated in an email that the state will pull a sampling of plans to assure DCS and school districts are living up to ESSA.

When The Chronicle asked when these samples will be examined to verify ESSA compliance, Taylor did not respond.

Tucson Unified School District (TUSD), home to more students in foster care than any other school district in the state, believes it is compliant in transporting foster youth to schools of origin, but, like the state's Department of Education, is unable or unwilling to provide data backing that up.

According to Tina Stephens, senior director of grants and federal programs for TUSD, the district does not differentiate students for transportation needs.

Students Lost in a Public Education System in Crisis

In Arizona, a lack of stability is just one of the many challenges foster youth face in a state that, under the best circumstances, struggles to provide quality education.

As a state that spent $3,300 less per pupil than the national average in 2016 and spent $92 more per person on incarceration than on K-12 education in 2013, Arizona's public education problems run deep and are widely known.

What's more, the state has a history of misallocating millions of dollars in federal special education funding, trying to ban ethnic studies classes, wrongly blacklisting employees and hiring teachers who lack four-year degrees, according to Education Week's archives. Education Week gave Arizona an overall grade of a D+ in 2016, ranking the state 45th in the nation when looking at students' chances for success, school finance and K-12 achievement combined.

How Real is Compliance?

As mentioned, 33 states told The Chronicle of Social Change this year that they were compliant with the foster care transportation requirements of ESSA. Only 11 said they were struggling to comply with the law in this regard.

Arizona was one of the 33, and that assertion is backed up by the Department of Education, who found the state to be compliant on the transportation provision as well. But when pressed to provide tangible evidence of plans for keeping foster youth in their schools of origin, it could not produce more than six plans for relatively small school districts.

Which raises the question: How deep is the compliance guarantee in any of those other 32 states?

John Kelly contributed to this story. Christie Renick is the Southwest editor for The Chronicle of Social Change. This story originally appeared at chronicleofsocialchange.org.