Over the past decade the world of EDM has exploded not only just in night clubs and house parties, but on concert stages and even national award shows. There has been no shortage of variations of the expanding genre of electronic beats.

But one electronic-inspired band that stands out with performers whose live shows border on transcendental is Thievery Corporation, the downbeat brainchild of co-founders Rob Garza and Eric Hilton, who began their career as club DJs with peerless sampling technique that led them to start gigging and grooving in 1995.

The multi-culti line-up has been the key to keeping Thievery Corporation from being pigeon-holed. The performers—guitarist/sitarist Robbie Myer, the barefooted bassist Ashish Vyas, drummer and percussionist Jeff Franca, horn player Frank "Bootie Lock" Mitchell and Frank Orrall on vocals and percussion—each add a unique brush stroke to the everchanging musical canvas.

This past spring, Thievery Corporation released its 10th studio album, Treasures from the Temple, as a companion to the previous release of last year's The Temple of I and I. Material from both albums were recorded in the city of Port Antonio, known as the gateway to the region's tropical jungles.

On both albums, there is an emphasis on reggae, dub and rap, with an overall emphasis of sound that relishes reverb with a trance-inducing tropical backdrop. The usual vocal suspects are joined by newcomer Raquel Jones, a former Miss Jamaica who makes her protest come through loud and clear with resilient and rapturous rap on "Letters to the Editor" and "Road Block."

Clavier provides a hypnotic voice, undulating between her native Spanish and English on "Water Under the Bridge," with impending background synth textures. Notch delivers his Jamaican accents on "Destroy the Wicked" and sounds carefree on the album-closing "Waiting Too Long," the latter with traces of Marley's I-3 backing female vocals.

"We recorded Temple of I and I in Port Antonio, Jamaica, and when we were putting all the track together, we realized there were other sounds that we loved equally, and we wanted to create a companion piece for Temple of I and I and that was Treasure from the Temple," Garza says. "There are other textures that are on this record that didn't necessarily fit on the Temple of I and I."

After more than two decades of recording, remixing and touring worldwide, Thievery Corporation brings its versatile EDM ensemble to the Rialto Theatre on Saturday, its first Arizona show since headlining the 2015 McDowell Mountain Music Festival.

Before exploring the brave new world, Garza and Hilton had in their humble beginnings as DJ-club duo in Washington, D.C.'s DuPont Circle. From the very start, Garza and Hilton wanted autonomy over their musical creations and so began their now infamous ESL label.

They've focused on avoiding sterile, robotic or predictably repetitious electronic music, instead seeking something that was daringly authentic even in its sampling, dubbing of existing sounds and beats.

Being predisposed to a volatile political environment such as Washington, D.C., was only a part of why Thievery Corporation has embraced political messaging throughout their career.

"I think it's a very important part of who we are musically. We try to have songs that are politically conscious about what's happening in the world right now," notes Garza. "Right now, the world is a very interesting place, to say the least. I think, in some ways, it will always be part of who we are."

Garza began learning and studying analog synthesizers, first-step sequencers, reel-to-reel tape decks, drum machines, and samplers when he was 14 years old at a school in Connecticut. He grew up during the birth of both post-punk and hip-hop, cutting his teeth on such groups as the Clash, Dead Kennedys, Fugazi Public Enemy and legendary D.C. group Bad Brains, all creators of music with in-your-face messages.

"One of the things that make those bands real and very endearing to us is the fact that they weren't afraid to speak their minds," says Garza.

At the end of the day, for Garza and his worldly band, it all comes down to creating music that is intrinsic and music that can sustain them for a lifetime. They are big fans of the late Joe Strummer, who Garza calls "a perfect example for us, in terms of a model of an artist who could really express himself and themselves as a band, really educate people through opening their ears and minds." 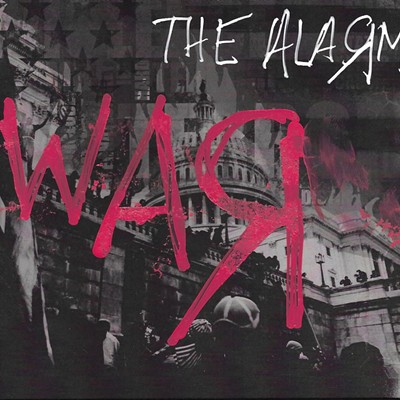 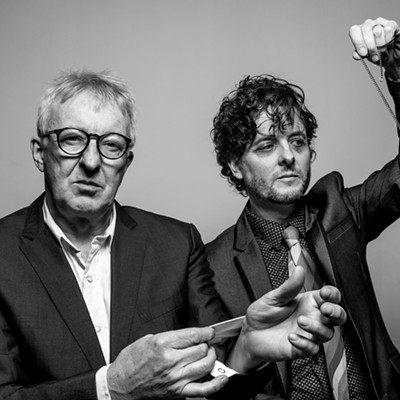