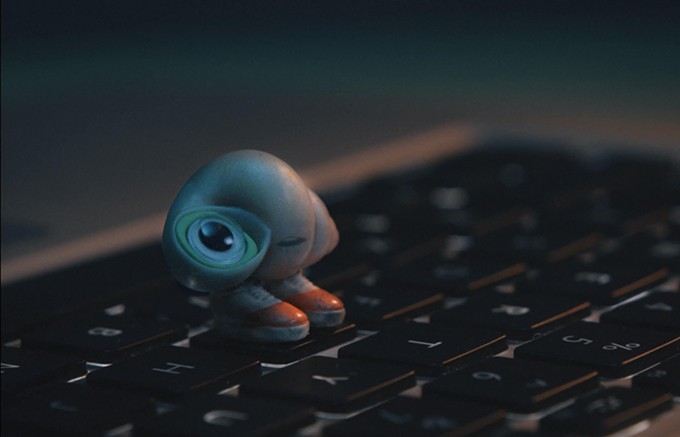 A24/Submitted
"Marcel the Shell with Shoes On" opens nationwide on Friday, July 15.

It would be understandable to be skeptical of the claim that one of the best films of the first half of the year is a stop-motion/live-action hybrid mockumentary based on a series of viral videos about a talking seashell with one googly eye and a pair of shoes.

But alas, that’s a claim worth making with “Marcel the Shell with Shoes On” — which has thus far been gaining momentum as one of this summer’s critical darlings.


Admittedly, I missed filmmaker Dean Fleischer-Camp’s original trilogy of homemade shorts of the same name — co-created by and starring the voice of comedian-actress Jenny Slate — when they were first posted to YouTube between 2010 and 2014 (they have so far raked up a combined 48 million views). In the shorts, which I only recently referred back to ahead of the feature-length follow-up’s release, the titular shell opens up to an unseen documentarian about himself and his experiences and lifestyle. The videos are silly and cute, but it doesn’t go much further than that.


Despite those humble origins, however, the feature-length film reveals much greater ambitions in Fleischer-Camp and Slate than the original sub-4-minute shorts and the two picture books they spawned.


As I mentioned, Slate voices Marcel, a 1-inch-tall shell who lives with his grandmother, Nana Connie (voiced by Isabella Rossellini), in an Airbnb rented by filmmaker Dean (played by Fleischer-Camp). Marcel and Nana Connie were once part of a larger community, the rest of whom have disappeared. But when Dean decides to create a web documentary, Marcel’s story goes viral, earning him an appearance on “60 Minutes” with Lesley Stahl herself and opening up the possibility of relocating his long-lost family.


If that all sounds crazy, well, maybe it is. And while some gags from the original videos reappear in the film (like Marcel tying a piece of lint to a string and taking it for a walk like a dog), it’s also an emotional and uplifting dramedy about the importance of being part of a community.


Too charming to resist, “Marcel the Shell” is silly enough to appeal to kids, while also containing enough jokes that are sure to go over their heads and having a strong emotional backbone to sustain older audiences.


Set to a quirky and atmospheric score from composer Disasterpeace, “Marcel the Shell with Shoes On” may be one of the stranger family films in recent memory, but it’s also one of the most gentle and endearing.


“Marcel the Shell with Shoes On” opens nationwide on Friday, July 15.