Although guests are checking in, the JW Marriott Starr Pass has yet to check out with city inspectors

In the Tucson Mountains foothills, they have blasted, dug, bridged washes, manufactured waterfalls, driven steel into rock and poured tons of cement to build the biggest resort hotel in Southern Arizona--and still, the JW Marriott Starr Pass Resort and Spa is not finished.

After repeated delays, the hotel opened its 575 rooms to guests on Monday, Jan. 24, even though it lacks a permanent certificate of occupancy.

It could be weeks or longer until the Marriott Starr Pass earns that final certificate that will fully open the $200-million hotel to the public. All signs and all landscaping must be completed before the permanent certificate is issued, said Randy Schuler, special projects manager for the city's Development Services.

Less garish than the Westin La Paloma, but more obtrusive than Loews Ventana Canyon Resort, the Marriott Starr Pass is operating on a temporary certificate, issued on Nov. 15, that "does not allow the whole resort to open," Schuler said.

That didn't stop Mayor Bob Walkup and the Republican's strategists from insisting that the Marriott Starr Pass be the venue for his State of the City speech on Jan. 7.

Walkup, who lives on Deer Crossing Lane near the new hotel, beamed about "this beautiful resort" and its "world-class luxury" during his speech.

But world-class didn't mean complete--food for the roughly 825 people who listened to the second-term mayor was brought in from a kitchen miles away, and those attending endured a traffic nightmare brought on by orders for remote parking and rides on shuttles. Those who expressed dissent by parking where they wanted clogged the unfinished roads leading to the resort. Only one of the resort's five restaurants is open.

Walkup had been champing at the bit to show off the resort, which was annexed into the city during his first term. Still, Schuler said, no pressure was brought to bear to clear the Marriott for even the limited public access and temporary certificate of occupancy that allowed the resort to host the mayor.

Starr Pass also was the billed as the site for Gov. Janet Napolitano's State of the State speech on Jan. 12. But Napolitano, a Democrat, instead delivered the address at the Hilton El Conquistador Golf and Tennis Resort in Oro Valley. The switch gave rise to speculation among political insiders that the city or Marriott axed the governor.

Not so, says John Dougherty, director of governmental affairs for the Tucson Metropolitan Chamber of Commerce--a prime sponsor of both speeches--and Napolitano spokeswoman Jeanine L'Ecuyer.

"It was a scheduling mix-up," Dougherty said.

L'Ecuyer said Napolitano scheduled her Tucson address for Jan. 12, while the chamber booked her at the Marriott for Jan. 14. The Marriott, L'Ecuyer said, was not available on Jan. 14.

Schuler said no "life or safety" issues exist at the Marriott or any other building that is granted a temporary certificate of occupancy.

In one such appeal to Pima County Development Services, when the project was still under county jurisdiction, Wally Kulka, Weitz's director of construction, said compliance with revised codes was unreasonable.

"To go back and design to present codes will create a financial and time schedule burden to the owner," Kulka said in the Oct. 7, 2001 appeal. "The project could be cancelled."

Schuler said such appeals are typical and noted that if all buildings were to comply with the most recent versions of codes, then most of Tucson houses would be in violation. 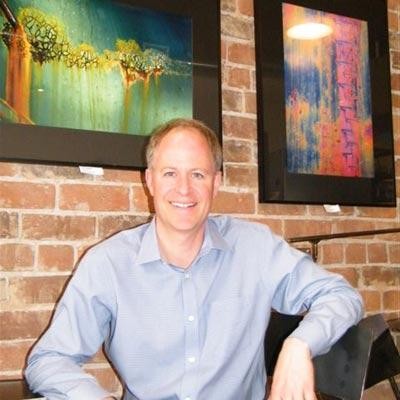 Picture This: 'Hit Me With the Digits...'