The Loft Film Fest is dedicated to showcasing diverse voices 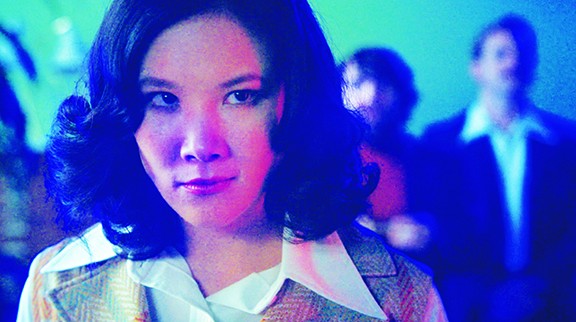 Courtesy photo
Loft Cinema Executive Director Peggy Johnson says that film festivals "give you a sense of the world."

"Film is such a dynamic medium," Johnson says. "It's now so easy for people to make films; you don't need a big budget or big camera. So you get films like The Cave, one of our fest documentaries, about a woman doctor in Syria treating war victims in a cave. A film festival broadens your worldview."

And through its inclusive festival programming, The Loft brings us the kinds of stories we want to see—and by "we," I mean we all.

Here's a small sample of the diverse stories lighting up the screens of The Loft next month: A young Swedish woman falls in love for the first time. When climate change threatens his family's traditional way of life, a Yakut man sets out on a journey. An African-American mother investigates the 2014 lynching of her son. After discovering that her husband has been cheating on her, a 63-year-old starts over.

Last year, The Loft committed to having at least half of its festival films created by women. This year it meets that goal again, with 33 out of the 66 films presented (43 features and 23 shorts) being directed or co-directed by women.

"We've always been conscious about including films by those who are underrepresented—both in front of and behind the camera," says Johnson. "Then TIFF [Toronto International Film Festival, one of the most influential film fests globally] made a commitment to reach gender parity—50/50—by 2020. And we were like, 'Why wait?' Once we committed to it, it was surprising how easy it was. There are so many amazing women filmmakers. You just have to look beyond established, famous filmmakers, most of whom are men because men have dominated the industry."

Words From a Bear

The extent to which that domination continues is quantified in these stats from the Center for the Study of Women in Television and Film: Of the 500 top-grossing Deerskin films of 2018, women were only 15 percent of directors, 19 percent of writers, 22 percent of executive producers, 23 percent of editors, and a measly 6 percent of cinematographers. In 2018, high-profile U.S. film festivals screened about twice as many films directed by men as by women.

The power imbalance in Hollywood is shifting through the work of activists, survivors ferociously speaking truth to power, and organizations like The Loft that are determined to make a difference.

Another such organization is Level Forward, a studio backed and chaired by filmmaker and industry rebel Abigail Disney (granddaughter of Roy Disney, the older brother of Walt Disney.) Level Forward champions projects by female creatives and persons of color not only through the projects it greenlights, but by building concrete social action into its work. As part of the fest, The Loft will screen a series of short films from Level Forward called Shatterbox.

"It's such a strong program," says Johnson. "I watched it straight through and was blown away."

Johnson says that since the first year of the fest, The Loft has partnered with Native American community members and organizations to select films by indigenous creators.

Among the offerings by and about indigenous peoples, this year's lineup includes Words from a Bear, a documentary centered on indigenous author and former University of Arizona faculty member N. Scott Momaday.

"Because 30 to 40 percent of Tucson residents claim roots in Central and Latin America, we also look for as many films from Latin America as we can get for the fest," says Johnson.

A standout among these offerings this year is The Chambermaid from Mexico, directed by Lila Avilés. This film about a young maid working at an opulent Mexico City hotel creates incredible suspense and explosive tension through sharply observed moments. If you felt that Cuaron's Roma failed to fully reveal the domestic worker that is its main character, despite the sustained intensity of the loving gaze it casts upon her, The Chambermaid is for you.

This year's fest offers multiple stories of mothers. I Was At Home, But... from German auteur Angela Schanelec is about what a mother does when her 13-year-old son mysteriously disappears. Says Johnson: "I think of it as a cubist film, because it takes recognizable parts of a story and rearranges them so it doesn't make sense in a beginning-middle-end way. It's very poetic and brilliant."

Attending a fest, even for just a screening or two, is a joining with community: communing with the characters on the screen. Listening to filmmakers talk about their work. Seeing and talking to fellow audience members.

"Our audiences are amazing, passionate, friendly, and excited," says Johnson.

So if you have the chance, get to the 10th annual Loft Film Fest, where stories of us will be on the screens, and where you can encounter the future of film. It's wildly, beautifully diverse.