The Tucson City Council plans to review a controversial ordinance 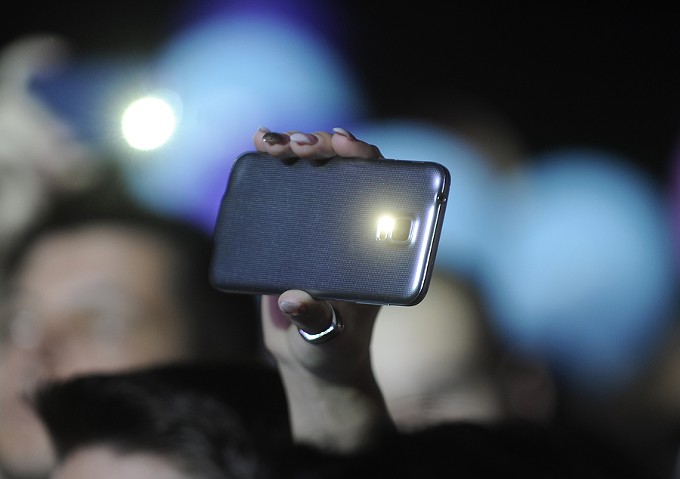 The Tucson City Council plans to review a controversial ordinance that limits the ability of the public to film police officers at its next council meeting on Tuesday, June 23.

The council unanimously voted on June 9 to reopen discussions on the ordinance, which prohibits the public from entering and filming a crime scene without having officer permission.

"I think that a government works best when we're co-governing as elected officials, administrators and the community," Mayor Regina Romero said before the vote.

Nationwide disapproval over City Ordinance 11746 began percolating on Friday, June 5, after twitter account The Artsy Marxist tweeted the ordinance made it illegal to film Tucson Police officers. By that Sunday afternoon, the public steeping of indignation reached new depths once rapper Ice Cube—Mr. Fuck-Tha-Police himself—jumped into the foray, tweeting he would not return to Tucson until "shit changes back."

Mayor Regina Romero responded to the multitude of complaints via twitter, stating the objections were rooted in misinformation. Ice Cube requested the city council hold an emergency meeting about the ordinance and urged Romero to "make sure it's pro-people and not pro-law enforcement." Romero scheduled time during last week's study session to address the issue.

The ordinance originally passed unanimously on April 21 without allowing public comments due to the city closing their offices during the COVID-19 pandemic. However, outrage over the killing of George Floyd by a Minneapolis police officer sparked a renewed interest to allow Tucsonans to voice their concerns, which could lead council members to amend or rescind the ordinance.

Councilmember Lane Santa Cruz brought forth the motion to reopen discussions, which was seconded by Councilmember Nikki Lee.

"When we voted in April, that was a very different time. I think our community and our country as a whole is really fed up with business as usual and are demanding a seat at the table," Santa Cruz said during the study session. "Our responsibility as elected officials is to make room and to also recognize that we don't always have it figured out. The more input we get, the more we can make informed decisions."

Tucson Police Chief Chris Magnus and several city council members say the ordinance is to protect officers from being obstructed from their job. The chief also said the ordinance was written so it doesn't violate the public's freedom of speech.

"It is really about providing a safe area for officers to engage with the public, suspects, witnesses, whoever...without fear of having someone obstruct or interfere with them doing their work," Magnus said during the study session. "It constitutionally protects the right of people to record police activity. It is very specific and has been a part of the training we've been given."

Magnus also noted TPD officers haven't made any arrests due to a violation of the ordinance to date since it passed in April.

On the same day the ordinance passed, TDP released an unlisted video on their YouTube channel showing a "community auditor" yelling obscenities at a female TPD officer while she was apparently trying to establish crime scene boundaries. The video is touted by TPD and city officials as proof as to why further action was justified.

Critics contend the ordinance tramples First Amendment rights by restricting the public's access to film officers during interactions and arrests. Civil rights attorney Paul Gattone has been opposed to the ordinance since its approval late-April. Gattone argues while the ordinance appears constitutional, it has the potential for abuse by law enforcement.

"On its face (the ordinance) is constitutional, but it is way too broad and gives too much discretion to the individual officer to determine what the crime scene length is going to be," Gattone said during a phone interview. "Under this ordinance, you could set the crime scene 10 feet, 20 feet, 30 feet, 50 feet, or even 100 feet back. If (police) did that, essentially you are unable to film them. I understand what they said they need it for, but it's just too prone to abuse."

Gattone believes no amount of added language or changes to the ordinance would be able to quell potential of abuse by local law enforcement. The only acceptable action is to rescind it, he said.

City Attorney Mike Rankin said the question before the council at next week's meeting is "should we suspend the ordinance for 90 days to review it a little further and get some input?"

If the council chooses to nullify outright, they would need to establish a new ordinance repealing the current ordinance at a future meeting, Rankin said. As it stands, the ordinance is still in effect until the council takes action at their June 23 meeting.

While the public still cannot attend City Council meetings because of COVID-19 restrictions, the city has set up an email account to accept public comments on the issue. Send your comment to comments@tucsonaz.gov before the June 23 meeting to be included in the discussion.