Midnight Family. In Mexico City, there are only 45 municipal ambulances serving nearly 9 million people. That's where family-owned ambulance services come into play. The Ochoas operate a private paramedic business while they themselves struggle. The Ochoas must combat the maze that is Mexico City, competing ambulances and shady police. This film balances the fast-paced action of first responders with the nocturnal atmosphere of a city in need. The Loft Cinema is screening this new documentary about fighting a broken system and helping others while you yourself need help. Screenings will be in Spanish with English subtitles. Screenings begin Friday, Feb. 7. 3233 E. Speedway Blvd. $10.
click to enlarge

Blood Road. Summit Hut is honoring ultra-endurance mountain bike athlete Rebecca Rusch by screening the 2017 documentary Blood Road. This Emmy-winning film follows Rusch's search for answers surrounding her father's death in the Vietnam War, as she bikes the 1,200 miles of the Ho Chi Minh trail. Rusch and her Vietnamese riding partner Huyen Nguyen ride through the dense jungles of Vietnam, Laos, and Cambodia to reach the crash site and final resting place of Rusch's father. This screening even includes a Q&A with Rusch after the film. 6 to 9 p.m. Wednesday, Feb. 12. Screening begins at 7 p.m. 5251 E. Speedway Blvd. $15. Ticket proceeds benefit The "Be Good" foundation, Rusch's 501c3, which supports the Mines Advisory Group in their efforts to remove unexploded ordnance from Laos, Vietnam and Cambodia.

The Bird with the Crystal Plumage. The University of Arizona's Cinematopia film club is continuing their "Giallo Month" with a screening of this 1970 thriller. Directed by Dario Argento, the master behind many artsy Italian horror/mysteries, The Bird with the Crystal Plumage tells of an American writer living in Rome who witnesses a murder attempt. The film was even graced with a soundtrack from the one-and-only Ennio Morricone. Before the film, Cinematopia will also be screening a curated pre-show of Giallo movie trailers. 7 to 10 p.m. Tuesday, Feb. 11. Screenings take place on the UA campus in the Harvill Building room 104, 1103 E. Second St. 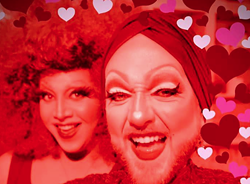 Titanic. Just in time to get you in the Valentine's mood, Harkins Theatres is screening the classic romance film about 1,500 people drowning to death. But even if the RMS Titanic ship isn't historic enough, James Cameron's vision, paired with stars Leonardo DiCaprio and Kate Winslet, left an enduring impact on Hollywood. Namely, we learned the most expensive film ever made could still manage to rake in plenty of cash. Nominated for 14 Academy Awards, Titanic managed to actually validate its more-than-three-hour runtime. That's a feat worthy of a Tuesday Night Classic designation. 7 p.m. Tuesday, Feb. 11. 5455 S. Calle Santa Cruz and 5755 W. Arizona Pavilions Drive. $5. 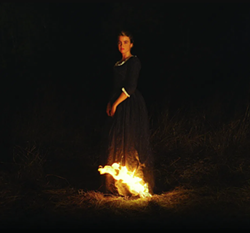 Portrait of a Lady on Fire (Advanced screening). The Loft Cinema presents an advanced screening of a historical drama about the "forbidden affair" between an aristocrat and the woman commissioned to paint her portrait. This is the latest film by French director Céline Sciamma (Tomboy, Girlhood). The film was the first directed by a woman to win the "Queer Palm" award at the Cannes Film Festival, and was also a contender for the Palme d'Or. The film will be presented in French with English subtitles. 7:30 p.m. Wednesday, Feb. 12. $10. 3233 E. Speedway Blvd. Regular screenings begin Friday, Feb. 28.