Reata. Named after the Spanish word for lasso, this collaborative multimedia event combines film, photography and textile art into an experimental story rooted in the history of Arizona. Created by artists Cassidy Araiza, Marcea Decker and Ariana Lujan, this project examines the landscape of the desert, goth and cowboy subcultures, and the power of contrasts. 6 to 9 p.m. Friday, April 19. At Wooden Tooth Records, 426 E. Seventh St. All ages. Free.

Doggie Shorts: A Furry Film Festival. The Loft Cinema is hosting a selection of the best shorts from The Bow Wow Film Festival, plus some of their favorite canine clips from around the internet. These clips are all 10 seconds to 10 minutes long from across the globe. Plus, You Sly Dog food truck will also attend the screening. Hosted by The Loft Cinema and Handi-Dogs assistance dog training program. 7 to 9 p.m. Saturday, April 20. 3233 E. Speedway Blvd. $20. 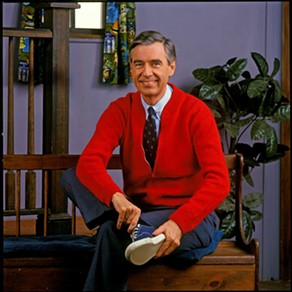 Won't You Be My Neighbor? (Free Outdoor Screening). True kindness deserves to be appreciated, and few people brought as much depthless kindness to the cold realm of television as Fred Rogers. Arizona Public Media, in partnership with Ben's Bells, are hosting a free screening of this documentary of Mr. Roger's Neighborhood, and in his memory, they are also hosting some events for the public good. Before the screening, you can participate in a park cleanup with the Sam Hughes neighbors, and "Kindness Coin" making with Ben's Bells. Be the good person Mr. Rogers knew you were! 5 to 8 p.m. Friday, April 19. At Himmel Park, 1000 N. Tucson Blvd.

Arizona International Film Festival. The AIFF is now in full swing, hosting multiple events at The Screening Room every day! Catch the final weekend of this event, including independent films from Arizona and beyond. Here's a look at some of their featured films:

Dramatic Shorts. This series of short films, all under half an hour, includes the tales of how a man spends his last free day before going to prison, what happens when the clone of a deceased teenager is returned to his parents, and more. 9:45 to 11:45 p.m. Friday, April 19. 127 E. Congress St.

Stoke. Inspired by the "divisive reactions" to Hawaii's volcano tourism industry, this film follows a tourist who hires two "wannabe tour guides" to take her to an active volcano. The director set out to make a road film with authentic Hawaiian characters at the forefront. 7 to 9 p.m. Saturday, April 20. 127 E. Congress St.

Moananuikea: One Ocean One People One Canoe. This documentary examines an historic Polynesian voyage in 1976 that reignited the Pacific culture of sailing and navigation. 7 to 10:30 p.m. Sunday, April 21. 127 E. Congress St. 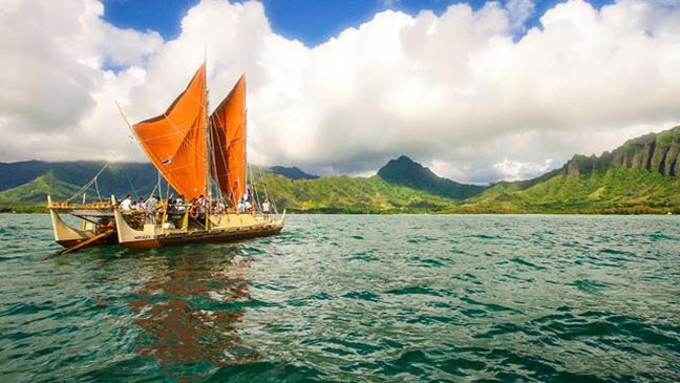 Courtesy
One Ocean One People One Canoe