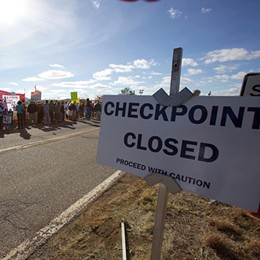 Undeterred. The Screening Room is hosting the Tucson premiere of this local documentary about Arivaca, Arizona, a border town often on the front lines of international and humanitarian crises. The film was made by Eva Lewis, Arivaca resident and longtime member of the People Helping People in the Border Zone group. The screening is followed by a Q&A with director and community activists. 7 to 9 p.m. Friday, Jan. 18. 127 E. Congress St. $10.

Sonic Youth: 30 Years of Daydream Nation. Celebrating the 30th anniversary of Sonic Youth's noisy, alt.rock opus Daydream Nation, this documentary looks at the the influence the album made on the musical landscape. This event at The Loft Cinema also includes the "rarely-screened 1989 documentary Put Blood in the Music." Featuring a live panel discussion with Sonic Youth drummer Steve Shelley, Sonic Youth archivist Aaron Mullan, among others. 7:30 to 10 p.m. Saturday, Jan. 19. 3233 E. Speedway Blvd. $15.

The Lavender Scare. Oh McCarthyism, what didn't you screw up in the United States? We know of the "Red Scare," where fear of Communism led to the U.S. government making accusations of treason without evidence. But the Lavender Scare was also part of the craze, only this was directed toward purging the U.S. government of any suspected gays or lesbians. This documentary examines the fight for gay rights during this wild, worthless witch hunt. This free screening is a rental of The Loft Cinema, presented by Southern Arizona Senior Pride. 3 p.m. Sunday, Jan. 20. 3233 East Speedway Blvd. Free.

Teaching in Arizona. The Loft Cinema is screening a documentary about the current state of Arizona educators, filmed by the Tucson Values Teachers initiative. The screening also includes a talk by members of the Arizona teaching community, including teachers from local elementary and high schools, the Pima County school superintendent and the filmmakers. 5:30 to 7 p.m. Tuesday, Jan. 22. 3233 E. Speedway Blvd. Free. 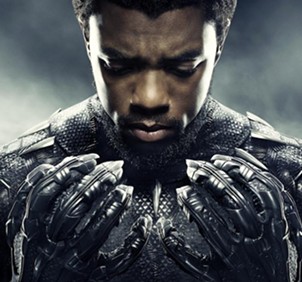 The 20th Annual Animation Show of Shows. This latest entry to the Animation Show of Shows features over a dozen animated short films from across the world. Whether they're hilarious, thought-provoking, heartwarming or just simply weird, the animations able to make it into this series are all certainly noteworthy. 7:30 to 9:15 p.m. Thursday, Jan. 24. Loft Cinema, 3233 E. Speedway Blvd. Regular admission prices.