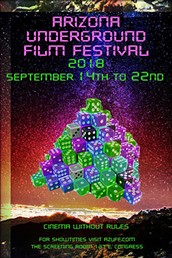 Arizona Underground Film Fest. Mad scientists, giant monsters and bearded action heroes are all scrambling out of the desert and into the theaters—The Arizona Underground Film Fest is here! This year's fest is larger than the last, now stretching out to nine days of screenings from new indie films made right here in Arizona. The genres stretch from comedy to horror to documentary to combinations of all three and more. Highlights include The Rainbow Experiment, where a high schooler's life is forever changed after a science experiment goes awry; The Sleeper by the River, a dark comedy based on the award-winning book Les Bottes Rouges; Hot Lead, Hard Fury, a throwback to cheesy '70s action films; and a series of Shorts Blocks, featuring great local short films of every style. All movies will show at The Screening Room, 127 E. Congress. $7. For more information, visit azuff.org.

Bisbee '17. One hundred years ago, 1,300 miners in Bisbee held a strike for better working conditions. What resulted was an illegal kidnapping and deportation at gunpoint by an armed posse. The striking miners and their supporters were loaded into cattle cars and deported 200 miles to New Mexico without food or water. This new documentary screening at The Loft tells the tale of the murderous event and its impact on modern-day Bisbee. Featuring a post-film Q&A with director Robert Greene, in conversation with Bisbee '17 author, Robert Houston. 7 to 9 p.m. Friday, Sept. 14. 3233 E. Speedway Blvd. Regular admission prices. 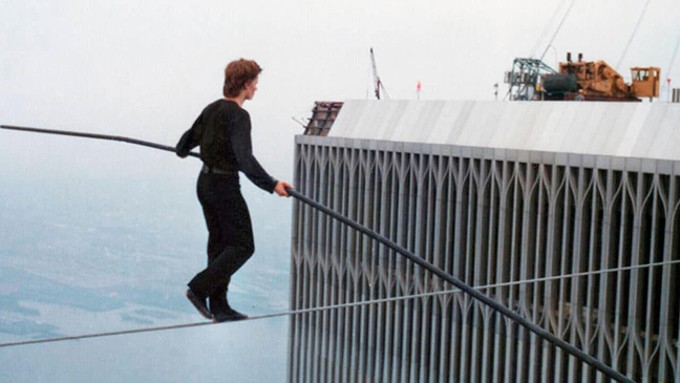 Man on Wire. Every Friday in September, Casa Video is screening a wild and weird documentary. This week, it's the story of Philippe Petit's dizzying and nerve-wracking high-wire routine performed between World Trade Centers' Twin Towers in 1974. At a quarter-mile above the ground, Petit illegally walked across a wire suspended from the Twin Towers not once, but eight times! But did he survive? You'll have to watch to find out. 7 to 9 p.m. Friday, Sept. 14. 2905 E. Speedway Blvd.

Marion Woodman: Dancing in the Flames. In memoriam of Woodman, who died earlier this year, Grace St. Paul's Episcopal Church is screening a documentary on one of "the 100 most spiritually influential living persons." Woodman was a Canadian author, poet and scholar on the dream theory of Carl Jung. Featuring a post-film discussion with the Southern Arizona Friends of Jung. 6:30 to 9 p.m. Saturday, Sept. 15. 2331 E. Adams St. $11. 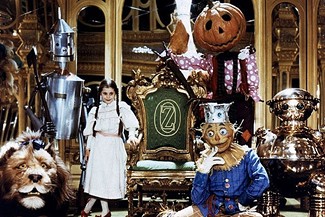 Return to Oz. Alongside Watership Down and The Dark Crystal, this stands as a pinnacle of the disturbing children's movie genre. It starts with Dorothy getting electroshock therapy, and only gets darker from there. This film wasn't received well back when it debuted in the '80s, and the grainy puppetry and steampunk claymation have only gotten weirder over time. The Loft Cinema invites you in for some nightmares! 7:30 to 9:30 p.m. Sunday, Sept. 16. 3233 E. Speedway Blvd. $6.

Border Radio Screening. The Center for Creative Photography and the Hanson Film Institute are starting a new film series featuring independent female directors. This first film in the series, directed by Allison Anders, depicts the American independent film explosion through the lens of those who were there. 6 to 8:30 p.m. Wednesday, Sept. 19. 1030 N. Olive Road.

DocuClub Tucson. On the third Thursday of every month, a group of local independent filmmakers gather at Pima Community College to learn, contribute, network and talk about filmmaking. Whether you're an aspiring documentarian or just want to learn more about our local scene, this is a great way to get involved. 6 to 8:30 p.m. Thursday, Sept. 20. 7600 N. Shannon Road. Second Level, Building A, Room A207.