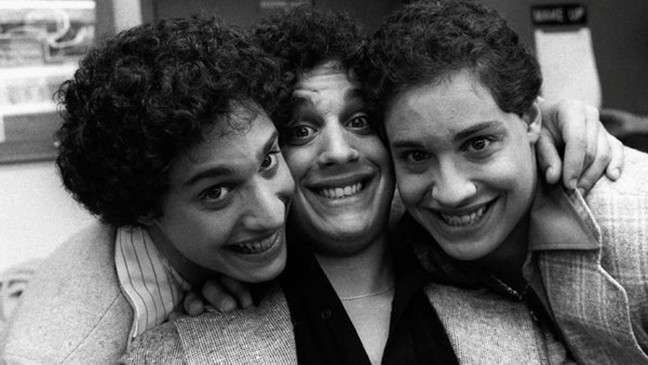 Three Identical Strangers. A young man shows up for a first year at college and gets greeted as if he's been there before. Eventually, someone figures out he's the identical twin of a former student and brings about a reunion of the two siblings. It becomes a big story in the newspaper, another young man sees the boys, and instantly notices a resemblance. Boom...the three identical brothers, all adopted by different families, find themselves as young adults. I lived in Long Island, N.Y. when the story broke about these guys, three young men who looked, and acted, exactly alike. They became a sensation, showing up on talk shows and even opening their own restaurant. Sadly, as Tim Wardle's documentary shows, when the boys find out the real reason for their separation at birth, things take a sad and ultimately tragic turn. The documentary is set up in a way that, even if you remember this story, what happens will surprise you in the end. The now grown men sit for interviews, and the stories they tell are captivating, entertaining, and maddening at the same time. Opening at the Loft on Friday, July 20.—Bob Grimm

Loft Kids Fest. Over the next week-and-a-half, The Loft Cinema is freeing you of your parental obligations (if only for an hour or two). What's better than watching some of the best children's movies on the big screen? The fact that they're all free! It all kicks off on Friday, July 20, with a Himmel Park party at 6 p.m. that includes an 8 p.m. screening of Trolls. After that, the daily action moves to The Loft. Check out: Home (July 21); How to Train Your Dragon 2 (July 22); Walking with Dinosaurs (July 23); Roald Dahl's Revolting Rhymes (July 24); The Neverending Story (July 25); The Last Unicorn (July 26); Looney Tunes shorts (July 27); Spirited Away (July 28); and 2017's Beauty and the Beast (July 29). Screenings start at 10 a.m. every morning, with a second 11 a.m. screening on weekends only. 3233 East Speedway Boulevard. —Jeff Gardner 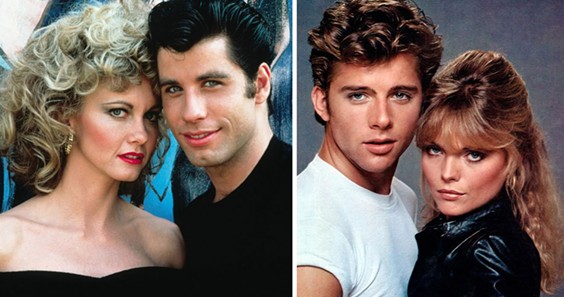 Grease 1 & 2. To be completely honest, there's not much I despise as much as Grease. I don't like the music, I think the lessons are repugnant, and Travolta's sideburns weird me out. But damn if it isn't beautiful to see a group of people rally together and sing their hearts out—to two movies, no less. It's a sing-along at Casa Video and you know you'll have a great time, because you're not a stick- in-the-mud like I am. 7 to 11 p.m. Friday, July 20. 2905 E. Speedway Blvd. —Jeff Gardner 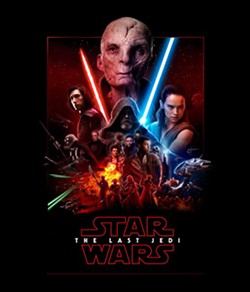 The Last Jedi at Reid Park. Cox Communications continues its annual Free Movies in the Park summer series with possibly the most derisive of the new Star Wars films. It may be a bit lopsided compared to Episode 7, but on the plus side, it actually does some new things for the series. Probably my favorite of the new films, just don't think about it too much. In addition to the movies, the evenings offer games for all ages and food trucks. Festivities begin at 6 p.m., movie begins at 7:45 p.m. on Friday, July 20. 900 S. Randolph Way in Reid Park. —Jeff Gardner

The Wizard. Back in the days before Twitch Streaming and Major League Gaming became household (or at least apartment-hold) terms, one movie dared to base its plot around a video game championship. The Screening Room invites you in on the nostalgia of three kids running away from home and hitch-hiking cross-country to compete in the greatest game of them all. 8 p.m. Saturday, July 21. 127 E. Congress St. Free.—Jeff Gardner

Mothra. Hold on a second, you're telling me the filmmakers over at Toho thought a worthy rival to Godzilla, the King of all Monsters, would be a moth? Well, this was only a year before they made King Kong vs Godzilla, so maybe they weren't taking themselves too seriously at that point. Though to be fair, I grew up watching every Godzilla VHS I could get my hands on, and this was always one of my favorites. Head over to the Fox Theatre and get your cheesiness on. 6:30 p.m. Sunday, July 22. 17 W. Congress St. Free.—Jeff Gardner

Mothers of Bedford. This documentary chronicles the lives of five incarcerated mothers. A fascinating concept that sounds a bit rare, until you learn that a whopping 80 percent of women in U.S. prisons are mothers. This free Loft screening also focuses on Sister Elaine Roulet's work in the Bedford Hills Correctional Facility, where Roulet works to allow greater access between incarcerated mothers and their children. 5:30 p.m. Wednesday, July 25. 3233 E. Speedway Blvd. Free.—Jeff Gardner

Cabin in the Sky. Continuing Tucson Museum of Art's Cinema la Placita series is a classic musical of redemption and, well, gambling. Cabin in the Sky examines the death of a compulsive gambler and his second chance to make up with his wife. 7:30 p.m. Thursday, July 26. 140 North Main Ave. $3.—Jeff Gardner