Scooby Doo Night. Casa Video film bar is taking you back to your childhood with a Scooby Doo marathon! Hang out, solve some mysteries, and catch some innuendos you might have missed as a kid. Lagunitas Brewery and You Sly Dog food truck will also be hanging out, so you don't need to go anywhere else Friday night. 7 to 11 p.m. Friday, Jan. 26. 2905 E Speedway Blvd. 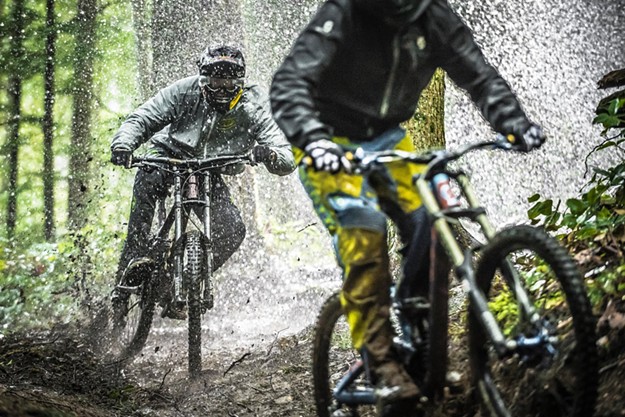 
The Moment Premiere. Catalina Brewing Company is premiering a documentary on the origins of freeride mountain biking, told by those who helped start it! In a city so dominated by cycling, where better to have this documentary filmed? Sit back with some good beer, and watch the origins of "the sport that nobody wanted". Plus Catalina Brewing is donating $1 for every beer sold! 6 to 9 p.m. Tuesday, Jan. 30. 6918 N. Camino Martin, #120. $10

Back to the Future

Back to the Future. Did you know that today is the day Marty McFly went to the future in Back to the Future 2? Well that's not true, but if you don't recall what that date is by heart, maybe it's time for a refresher of the series. Harkins Cinema is playing the original Back to the Future as part of their Tuesday night classics series, watch it and feel like it's the '80s again (or the '50s). 7 p.m. Tuesday, Jan. 30. 5455 S. Calle Santa Cruz.

Frida. The powerful story of one of Mexico's most prominent, trailblazing, and unapologetic painters: Frida Kahlo. Watch Salma Hayak age 30 years on-screen as she goes from a young school girl to one of the biggest painters in of the century. Catch the Oscar-winning drama for free! 7:30 p.m. Tuesday Jan. 30. Free.

19th Annual Animation Show of Shows. Featuring 16 acclaimed short films from around the world, this series features many different styles of animation and story-telling. If you're a fan of Belgian, Canadian, French, German, British, Swedish, Swiss, or American films, you should definitely check this out. Not to mention, it received the blessings of Simpsons creator Matt Groening, so you really have to check it out. 7:30 p.m. Thursday, Feb. 1. $9.50.