Jurassic Park. As big and fun as Spielberg's classic is, The Loft is just making it bigger and funner(?)! This outdoor screening at Himmel Park on "Hippie Hill" will have You Sly Dog and Sarge's Cheesecakes food trucks, and free admission. Sure, the remakes ain't been so hot (big surprise there), so take it back to the original. Featuring Jeff Goldblum and Samuel L. Jackson in all their brawny, glistening greatness. 6 to 8:15 p.m. Friday, Nov. 9. Free. 1000 N. Tucson Blvd. Please bring your own seating. 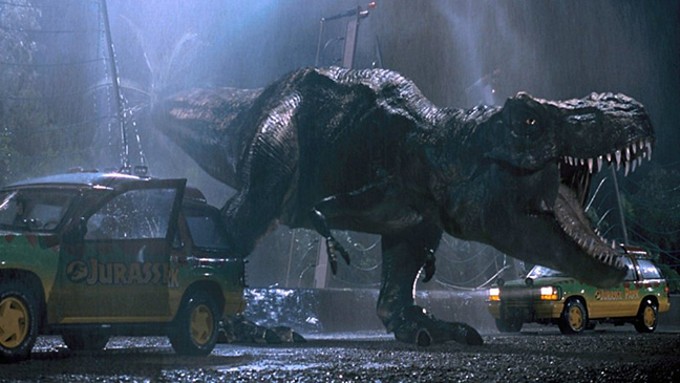 Killer of Sheep. One of the first 50 films to be selected for the Library of Congress' National Film Registry, this intimate view of a slaughterhouse worker won the novice director acclaim across the world. And now, director Charles Burnett will receive this year's Lofty Achievement Award, presented "to an individual whose career and body of work have significantly contributed to the world of cinema." 1:30 to 3:30 p.m. Saturday, Nov. 10. 3233 E. Speedway Blvd. $10.

Wayne's World. What more is there to be said? Damn near every line in this film has become part of our nation's cultural DNA, whether we want it to or not. But here's something new: Director Penelope Spheeris will be at the screening in-person to receive the Loft Film Fest's Lee Marvin Maverick Award. 4:15 to 6:15 p.m. Saturday, Nov. 10. 3233 E. Speedway Blvd. $10. And it's followed by a screening of Spheeris' Dudes, a wild-and-wacky 1987 Western that tells the story of three NYC punks getting lost in the American desert. The trio (Jon Cryer, Daniel Roebuck and Flea of the Red Hot Chili Peppers) face off against, well, a lot of things, set to an awesome soundtrack of Jane's Addiction, Megadeth and more. And parts of it were filmed in Arizona! 10 p.m. Saturday, Nov. 10. 3233 E. Speedway Blvd. $10. 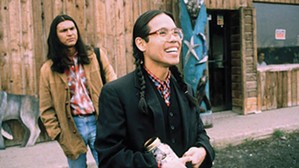 Smoke Signals. Billed as the first feature film entirely written, directed and acted out by Native Americans, this adaptation of Sherman Alexie's book was many White Americans' first introduction to life on a reservation. And needless to say, it's continued to charm and educate audiences ever since. This 20th Anniversary screening features Director Chris Eyre in person, where he will receive this year's Lofty Achievement Award. 7:15 p.m., Saturday, Nov. 10. 3233 E. Speedway Blvd. $10.