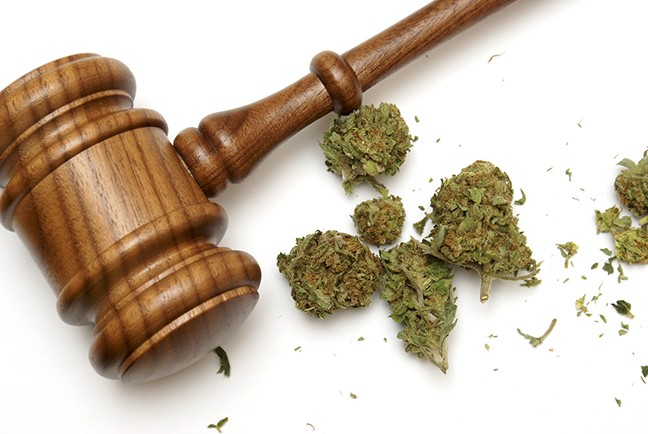 Now that the dust has settled, three states have loosened restrictions on their cannabis laws, and their stories might enlighten the battle Arizona legalization is in for in 2020.

The Mormon Church couldn't muster the opposition needed to halt Utah's march toward medical, and even the deep South came around to legalizing medical in Missouri.

Cannabis legalization failed in only one state, North Dakota, which voted against recreational cannabis by a 19 percent margin.

That's reasonable for a deep-red state. Arizona, though, seems to have strayed further from its red-state status as Democrats picked up four seats in the state House, one in the U.S. House of Representatives and is poised to send the first Democrat to the U.S. Senate since Dennis DeConcini called it quits back in 1994.

Though these candidates probably have little impact on future legalization, their elections may indicate changing attitudes.

Opposition campaigns spent close to half a million dollars fighting legalization in North Dakota, compared to a paltry $10,000 from support campaigns.

About $408,000 of that opposition funding came from the Smart Approaches to Marijuana PAC, with whom Gov. Doug Ducey and Yavapai County Attorney Sheila Polk have been known to rub elbows, make donations and give speeches about the dangers of cannabis.

North Dakota also has yet to develop its medical cannabis program, which hasn't even issued dispensary licenses. Having far less experience with cannabis than Arizonans, it's not surprising North Dakotans shot down the initiative.

Polls leading up to the vote were mixed but showed general opposition to the measure.

In Michigan, however, recreational cannabis passed by a 12 percent margin. Michigan legalized medical cannabis in 2008 and tends to lean liberal. Polls indicated strong support for the proposal, so again, this one was a pretty safe bet.

As Arizona's 2020 bid shapes up, the story told by campaign funding in North Dakota and Michigan show that SAM will likely have a heavy financial hand in combating legal cannabis in Arizona. The last time Arizona tried to legalize cannabis in 2016 looked a lot closer to North Dakota's campaign than Michigan's. Voters were pretty evenly split in the polls leading up to the vote, and the results showed the same as Proposition 205 failed by only about a 2.5 percent margin.

Though SAM wasn't a major player, they'd only just started gearing up their finance machine. The campaign was larger than that in North Dakota or Michigan with each side raising around $6.5 million. In 2020, the campaign to legalize recreational cannabis will have to step up its game against a more entrenched opposition. The Arizonans for Responsible Drug Policy can almost certainly count on SAM funding and has been pushing anti-cannabis propaganda nonstop since 2016.

Moreover, Polk has had a successful streak in the courts, finding ways to lock up innocent people for grievances like possession of CBD oils or concentrates even if the person had a medical card.

It's still uncertain who will run the campaign for legalization, but the Arizona cannabis industry has a solid foundation to fight from in the Arizona Dispensaries Association.

The question is whether there's enough cohesion between dispensaries and patients to put forth a proposition supported by both that can knock down the anti-cannabis machine fighting legalization across the country.