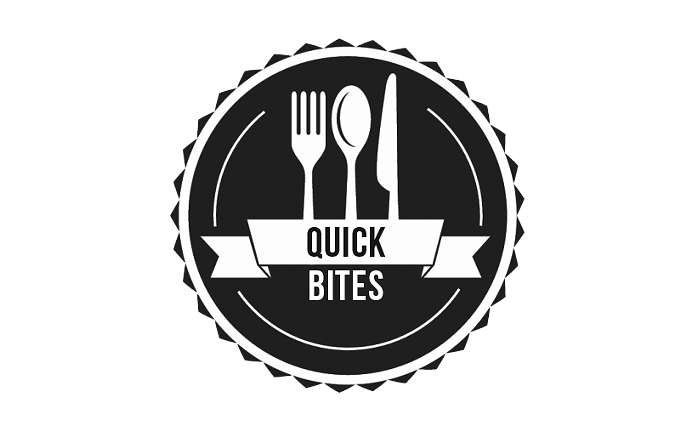 Quick Bites logo
Marble Cask Night at T&B. Tap & Bottle's downtown location recently received a special gift from Marble Brewery: a whole cask of their Desert Fog hazy IPA. They'll be cracking open this special drink from the Albuquerque brewery, which has a blend of tangerine, mandarin orange, and pineapple. There will also be their Cerveza Lager, Double White Triple Berry, and Passionate Gose on tap. 5 to 7 p.m. Thursday, Aug. 22. 403 N. Sixth Ave.

Cooking Demo & Dinner from Burgos. The Carriage House and DOWNTOWN Kitchen + Cocktails are joining up for the next stop on their "Downtowns Around the Globe" tour, and this time, it features food from Burgos, Spain. This Iberian dinner features melon and cucumber gazpacho, Tapas Burgos, grilled lamb loin, grilled pork tenderloin, spicy shredded ham hocks, chorizo chipolatas and more. Don't just enjoy the meal, get a little more worldly as you eat it! And for dessert, Mascarpone ice cream with orange and rosemary polenta cake. 6 to 9 p.m. Friday, Aug. 23. 125 S. Arizona Ave. Call 520-615-6100 to make reservations. $70.

C'est le Vin at Maynards. So picture this, you're part of a highfalutin wine conversation at some point in the future, but you have nothing to add about your favorite vinos from the French Riviera! Avoid this all-too-common issue with this latest summer wine event at Maynards Market & Kitchen. Samantha Fank of Young's Market Company will be discussing and offering tastings from some of the best wines from the French Riviera. 6 to 8 p.m. Friday, Aug. 23. 400 N. Toole Ave. $12. Tastings are free for all Maynards Wine Club members.

GUT Deception Dinner. Something is afoot! It's good food. But more than that, it's good food that is deceiving! The Gastronomic Union of Tucson is hosting a tricky feast where the foods and flavors are not what they seem. This six course meal promises to "delight and confound the senses." Tickets include a welcome cocktail and wine or chefs' choice of beverage pairings. 6 to 9 p.m. Sunday, Aug. 25. 125 S. Arizona Ave. $75.

Mezcal Sunday at Congress. It's a rule: If you live in Tucson, you just can't get enough mezcal. Hotel Congress is helping you out by hosting an exploration of mezcal spirits on Sunday. There will be three spirit tastings, a specialty cocktail and Sonoran-inspired appetizers. Hosted at Copper Hall. 5:30 to 7 p.m. Sunday, Aug. 25. 311 E. Congress St. $25.

Brunch and music at Ten55. Ten55 Brewing is on their way to becoming your new favorite Sunday brunch spot. For this Sunday shindig, they'll be serving up beermosas, micheladas, breakfast sandos, French toast and more. On top of all that, they're also hosting vocalist Lylah Field to perform. Noon to 2 p.m. Sunday, Aug. 25. 110 E. Congress Street.

Toast to Tucson. Taste of Tucson is on the second and fourth Wednesday of each month. They will tour multiple appetizers and signature cocktails, wine or beer pairings to show you Tucson's best happy hour spots. Tours meet in front of Agustin Kitchen in the courtyard of the Mercado San Agustin, and roughly last two and a half hours. 4 to 6 p.m. Wednesday, Aug. 14. Book at tasteoftucsondowntown.com ■