Putting the Bud in ‘Budget’

Legal marijuana tax revenue won’t solve all our problems, but it sure can help. 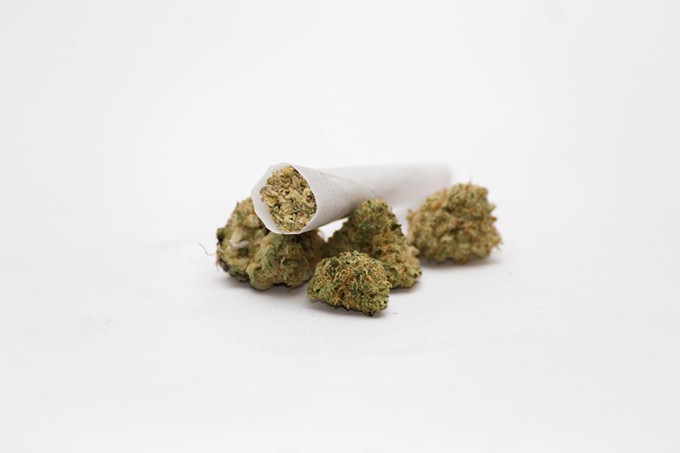 This past week, Thousands Of Arizona teachers walked out in protest of spiraling state funding for schools. While Gov. Doug Ducey rolls his eyes and insists he's doing the best he can, the "education governor" may be overlooking a potential source of revenue: marijuana taxes.

While taxes from legalizing marijuana would never amount to the $650 million Ducey said the state needs to fund the 20 percent raise in teacher salaries, let alone the cash needed for other K-12 faculty and school supplies, certainly the millions in revenue are worth discussing.

During the 2016 campaign for Proposition 205, the last major push Arizona voters made for legalization (which ended up failing by less than 3 percentage points), the Arizona Joint Legislative Budget Committee estimated $123 million in tax revenue from legal marijuana sales.

This year, Reps. Mark Cardenas (D-Phoenix) and Todd Clodfelter (R-Tucson) proposed a resolution to ask voters to approve a proposition to legalize recreational marijuana on the November ballot.

While HCR 2037 has yet to receive a committee hearing (and likely won't due to the stubborn stalemate plaguing Arizona's marijuana legislation), Cardenas said tax revenue could reach $150 million.

"We plan to inject that as part of the budget discussions," Cardenas told AZFamily.com. "You want $150 million for teachers for their cost of living adjustments, to make up a significant part of their raise? Here you go."

Legalizing marijuana is like handing the state a pile of cash on a silver platter. Some may argue that an increase in enforcement costs, or the societal degradation eats up more than a recreational tax would bring in revenue, but Arizona and other states have only seen dollar signs from legal marijuana.

Since the Arizona Medical Marijuana Act passed in 2010, the Arizona Department of Health Services has a piggy bank of $40 million in revenue over the programs operation costs. Some of this money comes from patient and caregiver fees for renewing their cards, but the majority comes from dispensary fees.

With this sort of surplus, it's hard to argue that legalizing marijuana increases costs.

One of the state's school construction programs has generated $1.2 billion for new schools since 2009, the Denver Post reports.

In Oregon, the state paid out $85 million in marijuana tax revenue last year for schools, public health, police and local governments, according to OregonLive.com.

While marijuana legalization doesn't provide the entire answer on how to fund our schools (and perhaps wouldn't need to provide any of the answer if state leadership properly supported public schooling), it could significantly soften the blow of other proposals to provide funding.

Perhaps the proposed 3.5 percent tax on individuals making more than $250,000 a year could look more like 2.5 percent. Perhaps Ducey's fantasy of an improving economy wouldn't sound so idealistic if it included the creation of a new market.

No matter what the plan is, a little social liberty could go a long way to supplementing the solution to school funding.