Last week, state Sen. Sonny Borrelli (R-Lake Havasu City) introduced a bill to legally require independent testing of marijuana sold at dispensaries. But that's not the best part. The bill would also significantly lower card fees for patients from $150 a year to $100 for first-time registration and $50 for renewals.

SB 1420 is a clear response to revelation in the past several months that the Arizona Department of Health Services has been sitting on funds like Smaug resting on a mountain of gold. In the past year, reporters found that the DHS has accrued a coffer of up to $40 million from dispensary and patient licensing fees.

C4 Laboratories' chief science officer, Dr. Hope Jones, helped draft this bill and a bill Borrelli introduced a last year to legalize the cultivation and sale of hemp. According to her, Borrelli was "pissed" when he learned about DHS's nest egg.

"'I want to force DHS to do their job,' is exactly what he said to me," she said. "That's why he started the bill."

Because the original law only requires the program to collect fees "sufficient" to run the program, there has been little ability for recourse against the DHS. Last summer, patients brought a suit over the fees to Maricopa Superior Court, where the judge ruled that, while she agreed the fees were too high, she didn't have the power to make any changes.

That's where the state legislature steps in. The bill now has nearly unanimous support among the 90 state legislators in Phoenix—80 have signed on as cosponsors.

But that might not stick, according to Jones. Last Wednesday, Jan. 31, three Republican backers voted against the bill in the Senate Government Committee, dropping their support at the last minute in a legislative tactic to take the bill's supporters by surprise.

Their "absurd rationalization...had everything to do with trying to keep drugs away from the kids," Jones said. "Nothing was backed by the data. It was an assumption backed by fear mongering."

The Republicans who suddenly pulled their support have chosen unfounded heebie-jeebies over the real effect this bill stands to have on the safety and wealth of medical marijuana patients.

Thanks to the Arizona Constitution, any changes to a ballot initiative, such as the Arizona Medical Marijuana Act, require a three-fourths vote in legislature to pass, and even then, only if the changes further the bill's purpose.

With regards to testing requirements, the bill itself isn't uncommon—several marijuana states already have something similar on the books, but the funny thing about that is most dispensaries do this on their own, anyway.

But according to Jones, mislabeling concentrations is more of a concern. This poses severe burdens for people who require a certain dose of THC or CBD for their illness.

Dispensaries often test their products for mold and pesticide at third-party labs dedicated to marijuana. Tucson dispensary owners and managers have often said in conversation that they test to ensure the quality of the marijuana they're selling to patients.

While that may be the PR statement, its unlikely dispensaries would spend the cash to test products if they had no interest the results. Though Tucson's market it small—less than a dozen dispensaries total—the competition is fierce, and a reputation for slinging schwag isn't something they want to be known for.

But concerns over marijuana quality aren't entirely unfounded. In December, a Phoenix news investigation published an exclusive story uncovering the presence of mold and pesticides on three out of four samples from one Phoenix dispensary.

The sample size hardly warrants an "exposé," but it does lead to questions about the frequency with which mold and pesticides find their way into patients' products.

Jones also said that dispensaries may test for the sake of advertising that they test, regardless of the results.

Though the marijuana testing laboratories do stand to increase their business should the bill pass, there's an upside when it comes to employment.

With roughly four "reputable" testing laboratories in the state, they'll have to hire a lot of people to meet the increased demand in addition to conforming to certain testing standards for certification.

Another mysterious aspect of the business is that, because the transaction occurs between two private parties, the dispensary and the lab, testing results aren't open to the public, which means it's unlikely we're to find out how much mold is in the marijuana without this bill.

Whether the new bill would increase costs on Arizona dispensaries has yet to be seen. Dispensaries that already test their marijuana would likely continue with business as usual, but those that don't would now be legally required to dole out the dough to verify the quality of their goods.

As one of the only medical marijuana states that doesn't legally require marijuana testing, lawmakers have probably wanted to get this law in place for a long time, but given the difficulty of changing a ballot initiative, knew it wouldn't pass.

Packaging testing requirements with reduced fees was a smart compromise on their part. 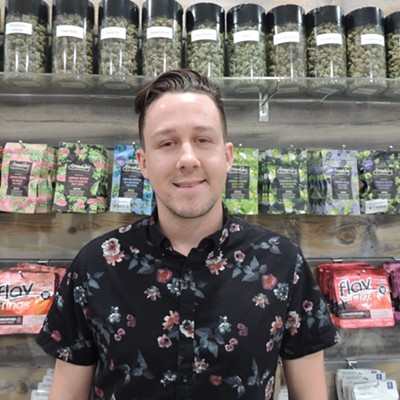