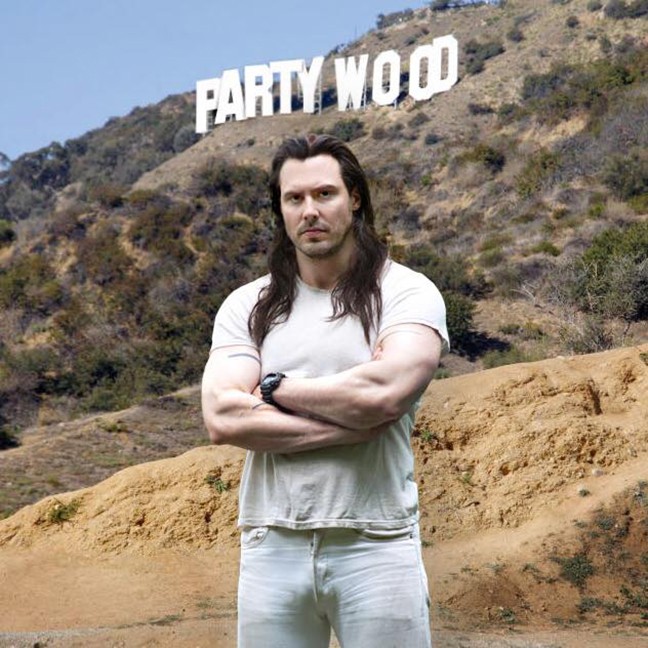 Courtesy
The king of partying is coming to Tucson.

Andrew W.K. might be the most interesting man in American rock-and-roll music, bringing more than a decade's worth of hedonistic hits with an underlying theme of positivity.

W.K., or Andrew Fetterly Wilkes-Krier, will bring his brand of rock music to the Old Pueblo on Sunday, Sept. 2, headlining the last day of HOCO Fest 2018 at Hotel Congress.

W.K. is touring in support of his 2018 album, You're Not Alone, his first studio release in nine years.

The California-born rock star has ventured far and wide in the 18 years since his debut EP, Girls Own Juices, catapulted him to worldwide acclaim.

He released four albums (The Wolf, Close Calls with Brick Walls and 55 Cadillac) between 2001 and 2009 but veered into a variety of different career paths after.

Perhaps the most notable side job that W.K. undertook in the interim involved his work as a motivational speaker.

It's a career he never saw coming until a friend at New York University invited him to speak about the positive message behind his music.

His The Power of Partying Speaking Tour resulted in him being named Person of the Year by the American Association of Suicidology, earning the acclaim for what the association dubbed, "The positive message of [W.K.'s] music and lifestyle."

"I don't think I would've been able to even envision doing lectures as a possibility until I was specifically invited to do so in 2005," he said. "I was asked to speak about what they saw as tahe underlying themes that I promoted thrugh my music and I suppose through interviews. So it was just another way to attempt to conjure up the same energizing feeling and music in a very effective way."

W.K. is proud of his latest album but expressed the sense of disappointment he felt in how long it took him to put package, which includes 16 tracks of rock mixed with spoken word segments.

"I couldn't be disappointed if I went in with no expectations. So that's a strategy that I'm sure many people use," he said. "...And I'm happy that there's been a few people who have expressed the feelings, they're listening to it, to the new album. That was my main goal, my main hope was just to get it done because it had been taking so long."

W.K. said that some of the new album's cuts date back 13 years, saying the work he put in on each song was a mixture of ambition and frustration.

"I became quite frustrated. So, my only ambition became deeply about getting an album out and getting it done," he said. "And I can't believe it took that long. It's quite humiliating to be honest. But, it is out, and I'm just doing everything I possibly can from here forward to ensure that it doesn't take that long to do another album."

W.K. said that the idea to mix his motivational speeches into the finalized product was a spur-of-the-moment decision, rather than something planned out as the cuts were being produced.

"A friend brought it up, and as soon as she suggested that, even though I had a lot of reservations on one level, on a deeper level, I was enthralled with the idea," he said. "And I just hoped that I could develop the courage necessary to go through it. And I put it off and procrastinated until literally the last second when we were in the mastering studio and just recorded them as quickly as I possibly could."

He's not sure if the speeches were a good fit for the album or not, but says he's pleased with the overall composition of the collection.

"I don't know that I have a real opinion about whether they're good or bad, or even whether they should have been included or not," he said. "But there's nothing I can do about it now. They're on there and you just start to follow those instincts. I'm just thankful that someone else was caring enough about the album to suggest we add them."

W.K. says his life's course has occurred by chance, taking on tasks that he never deemed possible growing up in the college town of Ann Arbor, Michigan.

"Sometimes you just follow the path that's laid out in the majority of my experience. Most of the things that I'm doing now, if not all of them, were not something that I never imagined doing, or planned to do or are dreamed up," he said. "It simply was responding to opportunities as they're presented."

W.K. relies on the power of music and positivity to power him through moments of doubt and fear, allowing him to fully enjoy the art of performance.

"I enjoy [performing] more now than I ever did before. It's been an ever-increasing appreciation consistently from the very beginning," he said. "I had very little experience being a singer or a front man of a band when I started. I had played music my whole life, starting around the age of 4. I played in bands with my friends, usually playing the drums, but I never imagined that I would be a rock singer or a front man in the traditional sense."

He believes his 18-year run as a front man has allowed him to improve his performance abilities and grow as a person.

"I've kind of had to do it after the fact, which has been what it's been," he said. "But, because of that, I'm able to appreciate it more. I wish I had been better earlier on, but you just keep trying to get better as you go and I feel now, almost 20 years into this effort that I have a basic understanding of how to do this."

He's thrilled to have the chance to be a main act of the Tucson festival and expects it to be weekend his band won't soon forget.

"We feel very fortunate to have been included in a very vibrant and diverse lineup, and festivals from my periods are always enjoyable," he said. "Especially performing when there's a vast array of genres and presentation styles to offer and this festival clearly has a very adventurous spirit behind it when assembling this array of performers."