A half-dozen must-see flicks at the Loft Film Fest 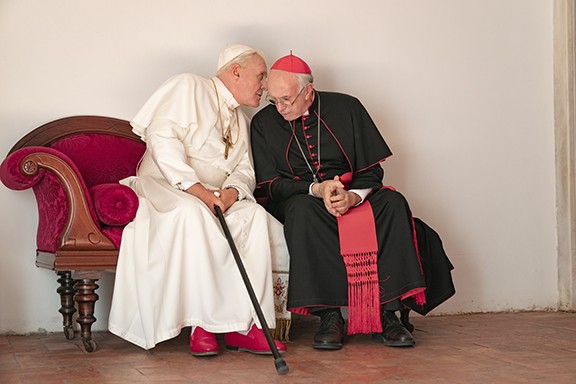 A head of the Loft Film Fest, we asked Loft Cinema program director Jeff Yanc which films he was most excited about this year.

Kicking off the festival is a new comedy/drama from Netflix. Based on real events, this new film focuses on conversations between Pope Benedict and the future Pope Francis as they "forge a new path for the Catholic Church." Starring Anthony Hopkins and Jonathan Pryce, this comes from Oscar-nominated filmmaker Fernando Meirelles, the man behind City of God and The Constant Gardener. This is the Tucson premiere of The Two Popes, which previously screened at the Toronto, Telluride and Venice film festivals.

Yanc: It's a very funny film. I think it's going to be an Oscar player this year, so a lot of people are excited to see it. 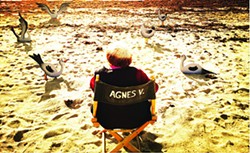 In this final film by French New Wave director Agnès Varda, Varda reminisces about her long, acclaimed career. This documentary is partially constructed of onstage interviews and lectures, and interspersed with archival footage. It's a farewell to a career, told in the subject's own words. Screened in French with English subtitles.

Yanc: She's great. If you like arthouse cinema, she's sort of a goddess. And this is like her last testament on film.

Part documentary, part dramatization, The Infiltrators tells the story of undocumented youth activists, known as DREAMers, who willingly handed themselves over to the Florida Border Patrol in an attempt to free the detainees they were soon to be locked up with. This is a "vital account of a damaged and devious system, told by the real-life protesters who risked everything for the cause."

Yanc: It's really fascinating. And I feel like it's a really good film to show in this part of the country. Because the form is so interesting, we weren't sure whether to promote it as a documentary or a narrative, so we'll just show it without classification. 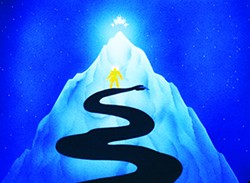 Son of the White Mare

This is a new 4K restoration of one of the most spectacular, psychedelic animations ever made. This Hungarian film, originally titled Fehérlófia when it was released in 1981, is heavily steeped in the mythology of the ancient Hunnic, Avaric and Hungarian steppe peoples. Featuring supernatural powers, dragons and ancient spirits all in a vibrant animation style, this is definitely best seen on the big screen.

Yanc: It's going to look really amazing. And it's been unavailable for quite a few years, at least in a good version. 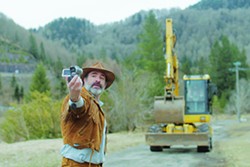 Oscar-winner Jean Dujardin (The Artist), stars in this film about a man who becomes obsessed with a deerskin jacket. So much so, that he embarks on a quest to destroy all other jackets, all while filming himself in the process. This is directed by French filmmaker Quentin Dupieux, best known for 2010's murderous-tire movie Rubber.

Yanc: If you like off-beat films, you'll love it. And probably a lot of people will say "What is this? I don't get this." But that's the great thing about festivals, is you can discover films and take a chance on different kinds of movies. 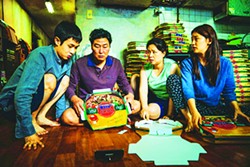 The latest film by South Korean director Bong Joon-Ho (Snowpiercer, The Host), is a black comedy and satire about two modern families. Parasite also recently won the Palme d'Or at the Cannes Film Festival. This screening will close out the fest, and serve as the beginning of The Loft screening this film throughout November.

Yanc: [Bong Joon-Ho] is an amazing filmmaker. We did a series dedicated to him back in April. Basically we're doing this as a sneak preview for the closing night of the fest.