Too Close for Giving a Fuck 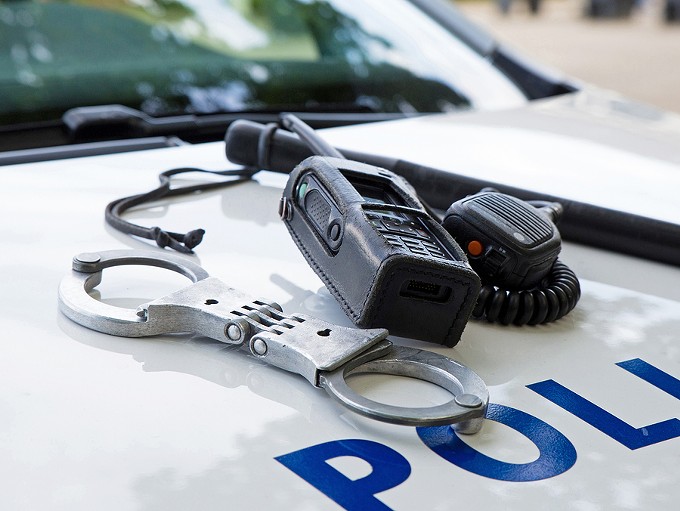 Too Close for Giving a Fuck

While a sheriff's deputy was searching a woman upon her arrest, she was initially irate at his being too close to her chest for her comfort, but she suddenly abandoned any possible pretense of modesty when she deemed it too late to hide her drug paraphernalia—actually demanding that the deputy go into her bra to retrieve a pipe, according to a Pima County Sheriff's Department report.

Deputies were called to a north-side trailer park, where a man told them a strange female had invaded his trailer that morning and had just pulled a knife on him.

Having established probable cause, deputies handcuffed the woman and began to search her person, starting with the front pocket of her "puffy jacket," which was close to her chest. The deputy searching her—a male—was reportedly following protocol to ensure that she didn't feel violated; for example, using an instrument to pull the pocket away from her body before attempting to look inside. But before he could even reach into the pocket, she started "kind of getting boisterous," yelling at him to get his hands off her and to "stop touching (her) boobs." Just an instant later, though, she suddenly stopped resisting and flatly told the deputy searching her that "she had a pipe in her bra and for him to just go in there and grab it."

The other deputy explained, "That is not how we do it," saying that in normal circumstances the other deputy "would hook her bra ... and pull it away from her, and that would hopefully get the pipe to fall out."

Even though the subject kept screaming—demanding that the searching deputy "just go in (her bra) and grab it, that she did not care; she didn't give a fuck"—that deputy stuck to procedure, carefully using a blade to pull her bra away from her body without touching her.

Strangely, no pipe fell out, and in fact nothing was found on her except a pair of tweezers, some "tobacco items" and $1.31 in change. However, a glass pipe (the kind usually used for crack or meth) was later found in a briefcase she'd been carrying. She was jailed for possession of drug paraphernalia and other charges.