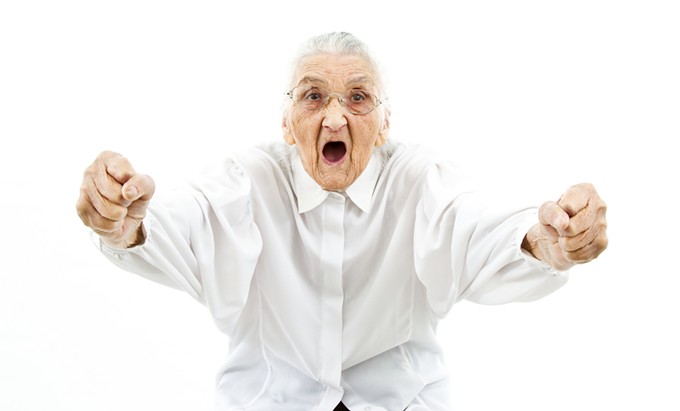 Two older Green Valley ladies had a tiff after one of them invaded the other's space and disturbed her peace, a PCSD report stated.

The reportee told deputies that a close neighbor had illegally entered her backyard and started banging on her back door and yelling at her, for no apparent reason (other than, the reportee suspected, intoxication). The woman managed to set foot inside the reportee's house before she was pushed out and fled.

Deputies found the neighbor sitting on her own front porch; when she saw them, she tried to run, so a deputy had to forcibly handcuff her as she started yelling. She smelled of alcohol.

Eventually, she allowed the deputy to put her in his patrol car, where he read her rights at least five times, and she still said she didn't understand them (also asserting she'd done nothing wrong; in fact, she said, it was the reportee who was "nuts").

When he was about to read her rights again, she changed her mind and said, "I understand, let's just get this done." But the deputy doubted her sincerity, and she admitted once again that she still didn't understand her rights. He was thus unable to question her.

Noticing she had dogs, the deputy asked if he could feed them for her before they left for jail. The woman said "her dogs did not eat dog food" (although there was a bowlfull of it plainly visible). She insisted he get her dogs some chicken from her refrigerator—which he did—but when he wouldn't let her cut it up, she got angry. He determined the canines had enough food already and jailed her for disorderly contact.