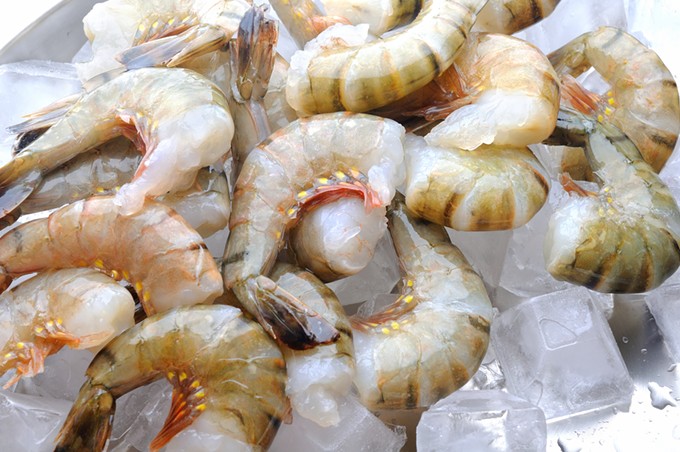 Sheriff's deputies took one more local "seafood pusher" off the streets after they caught a guy in a southwest-side Walmart with numerous bags of frozen shrimp shoved down his pants, according to a Pima County Sheriff's Police Department report.

Several deputies interviewed the man in the store's back office, where he'd been detained by security after an employee had seen him in the seafood aisle stuffing bag after bag of shrimp (later confirmed to total six packages) down the front of his jeans.

The man was cooperative with deputies, immediately admitting he'd stolen the shrimp and saying he came to that part of town specifically to shoplift. He said he routinely stole bags of shrimp and tried to sell them to strangers he met in the area on the street—a hustle with zero overhead cost (although involving a rather odd product, likely in a niche market).

Since the subject had warrants out for his arrest through the Tucson Police Department, he was brought to jail (instead of merely being cited for shoplifting). In his possession the arresting officer found $5.50 and a cell phone, as well as a single pillowcase—whose purpose the man refused to disclose.

The stolen bags of shrimp were kept as evidence, luckily prohibiting any idea of them being returned to store shelves.