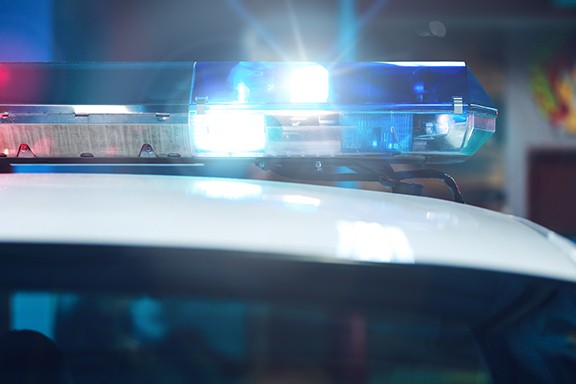 Junkie With His Junk Out

Cops ran into a naked drug user squatting on Tumamoc Hill, according to a University of Arizona Police Department report.

Two UA officers responded to the University property at the base of the hill, 1601 W. Tucson Terrace, where a staff member believed an unknown number of individuals were squatting. Approaching the house they saw a pile of bedding and a shopping cart full of suitcases, clothing and other items, and heard a male voice. Getting closer, they saw a man standing on the porch completely naked.

The man immediately grabbed a pair of shorts, though it appeared he was "unaware that he was holding (them)" and it took a while for him "to realize he was holding his shorts and put them on." An officer covered him with a blanket when he said he was cold.

Obviously having difficulty keeping his eyes open and staying still, the man told the cops he'd just awoken from being passed out due to taking drugs. Before that, he said, he'd been eating pineapple. The officers saw a bunch of leftover pineapple next to the shopping cart.

Next to that were several used syringes, a piece of residue-covered tin foil apparently used for smoking heroin, and some bottles that had contained Naloxone, a drug for reversing heroin overdoses. All this was collected by law enforcement, along with the bedding and suitcases, which were later found to contain more drug paraphernalia.

An ambulance came and took the man to the hospital. Assured he was physically OK, an officer met him there to read him his rights and cite him for criminal trespassing. The man said he understood his rights, though he didn't remember where the ambulance had picked him up nor what he'd had in his possession. He signed his citation and was released.

Of Poop and Pencil

Someone "vandalized" a business with their own feces, a Pima County Sheriff's Department report said.

A sheriff's deputy went to the targeted business, Horizon Distributors, where the owner took him to a metal roll-up security door on the west side of the building and showed him there were feces on the ground at the base of the door, as well as—somehow—higher up on the lock.

"It appeared it was human feces and it appeared they had intentionally defecated on the lock."

Someone had scribbled in pencil all over the door and wall, writing "various offensive comments such as 'fuck you'"—as well as the warning, "We will be back."

The reportee said he knew of another incident nearby in which someone was pooping and writing on someone else's property.

The reporting deputy took photos and promised to check on the area regularly.